Save an Exhausted Ocean 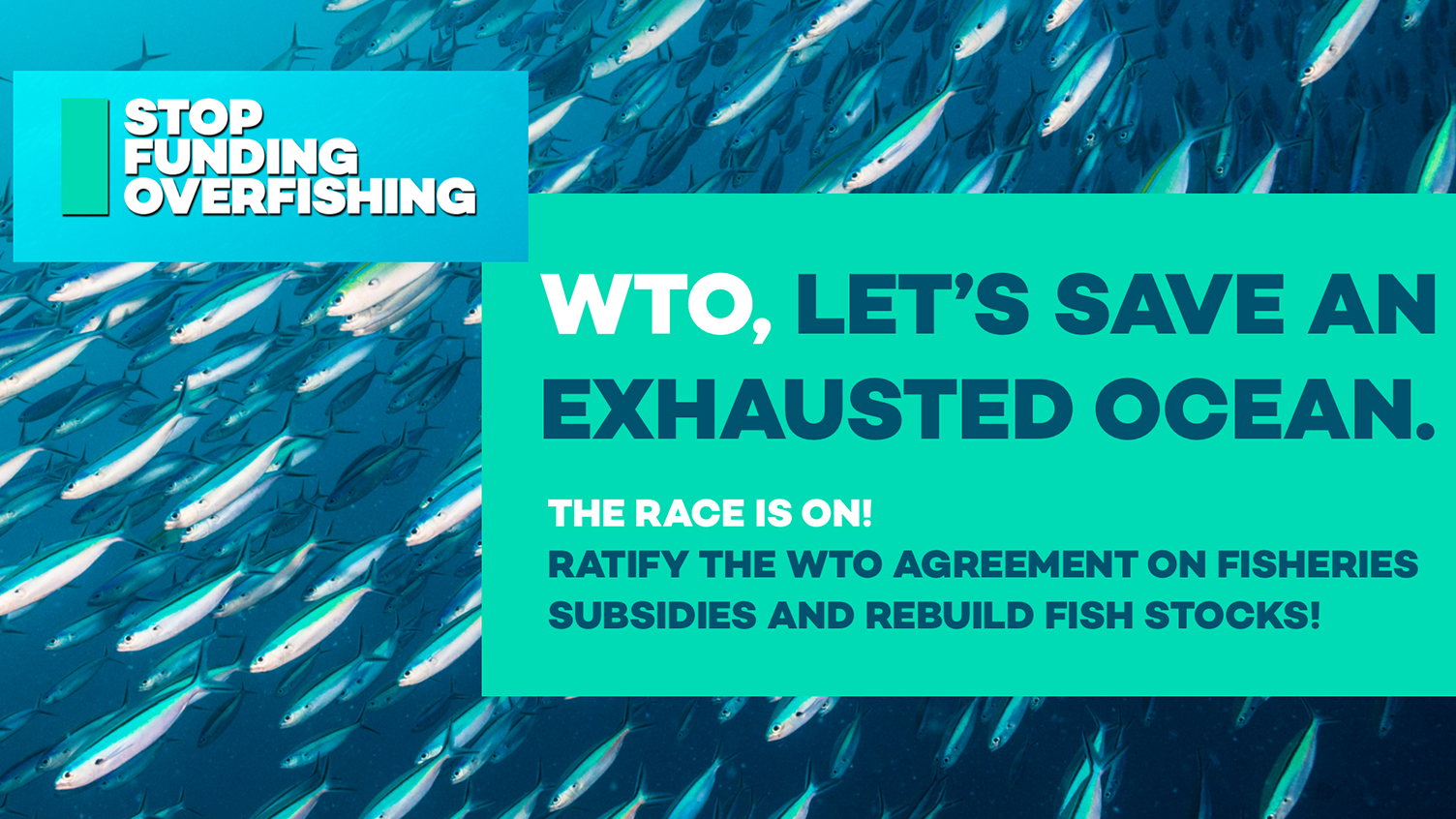 We are running out of time. Our fisheries are in crisis. Without action the ocean will soon be gasping for life. But it doesnt have to be.

Earlier this year, members of the World Trade Organization took a significant step towards helping fish populations rebound when they adopted the new WTO Agreement on Fisheries Subsidies. But the work doesnt stop here. Members need to agree further rules on overcapacity and overfishing. And for the existing rules to enter into force, 109 WTO members must ratify the treaty. This must happen soon. The ocean cant wait.

To bring the stakes of swift action by members to ratify the agreement into sharp relief, famous photographers from around the globe show us what might be if WTO members dont act quickly.

WTO: its time to ratify this deal and save our exhausted ocean. We need to end the subsidies that drive overfishing. So much is on the line.

The race to ratify is on! Reception to mark the new WTO Agreement on Fisheries Subsidies will take place at 18:00 in The Gallery, WTO EM Building.