She will replace Patricia Francis of Jamaica from 1st September 2013.

Ms. Gonzalez brings a wealth of experience and knowledge to the ITC coupled with extensive public and private sector experience in trade and development matters, as well as in management of multilateral organizations. She will play an important role in further developing the ITC, whose mission is to help promote exports of developing countries and countries in transition.

Ms. Gonzalez has served as Chief of Staff at the WTO for the last eight years. She has been intimately involved in setting up the WTO's Aid for Trade initiative and served as WTO Director-General's representative (Sherpa) at the G-20. She has also served in various capacities in the European Commission where she held several positions in the area of international trade, including negotiations of trade agreements, assisting developing countries in benefiting from trading opportunities and as European Commission Spokeswoman for Trade. Ms. Gonzalez began her career in the private sector advising companies on trade, competition and state aid matters.

ITC was created by the General Agreement on Tariffs and Trade (GATT) in 1964. 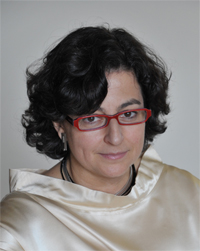