The facilitators (Ambassador Gabriel Duque of Colombia, Ambassador Harald Neple of Norway and Ambassador Stephen Karau of Kenya) prepared this text at the request of members, after an intensive period of consultations on the shape, structure and content of a potential Ministerial Declaration. The facilitators used textual proposals made by members to develop their draft. At the request of members, they also excluded the most contentious issues from their draft, leaving them to be addressed via a separate process.

The Director-General asked members to take time to consider the document over the coming days before discussing it in detail at a meeting of all members on Wednesday 2 December. He stressed that the document was a draft for consideration. He said:

“This text represents the facilitators' best efforts. It is a good faith attempt to provide something that members can work with, and which — we hope — will allow for convergence on the majority of the Ministerial Declaration. As promised, this text touches specifically on the less contentious issues. And, again, as promised, the facilitators have treated members' textual proposals with the highest priority throughout.

“Of course, we also need to tackle the most contentious issues — such as the reaffirmation of the Doha Development Agenda and instructions on the way forward, and openness to talking about new issues. I will set up a different process to deal with those tough, contentious issues, and we will be starting this process after the General Council is finished next week.”

The Director-General also stressed the need to keep making progress in negotiations towards agreeing substantive outcomes for the Ministerial Conference. The Conference will take place in Nairobi on 15-18 December. 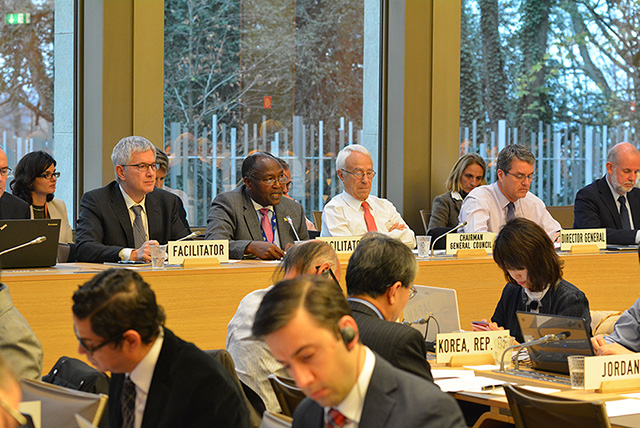