The chair of the WTO’s working party on the accession of Azerbaijan, Ambassador Walter Werner (Germany), concluded a meeting of the working party by calling on Azerbaijan to “proactively engage and advance market access negotiations” with members and to focus in particular on bilateral market access talks, “whose progress, in my view, has fallen behind other areas of the accession negotiations”.

H.E. Mr Mahmud Mammad-Guliyev, Azerbaijan’s Deputy Minister of Foreign Affairs and Chief Negotiator, said his government intended to “concentrate on the bilaterals”, which he acknowledged as “one of the weak parts of our accession process”, as well as implement the legal reforms necessary to bring its domestic trading regime in line with WTO requirements.

The Deputy Minister noted that Azerbaijan had undertaken a number of reforms over the past six months, including adopting 12 “strategic roadmaps” for the development of the country’s economy as well as regulations covering trade facilitation and the improvement of trade and logistic infrastructure. He noted that implementation of the roadmaps by 2020 would serve as a “foundation” towards successful accession to the WTO.

In order to secure membership, an applicant must negotiate an accession package with WTO members which includes a working party report spelling out the applicant’s membership terms as well as lists (“schedules”) of commitments on tariffs and other market access terms for goods and services trade.  These schedules are negotiated bilaterally, but the commitments apply equally to all WTO members under normal non-discrimination rules.

In addition to advancing the bilateral market access negotiations, the chair asked the WTO Secretariat to prepare a revised draft working party report based on new inputs received from Azerbaijan, and for Azerbaijan to submit an updated and revised legislative action plan along with copies of newly enacted legislation.

The chair added that the date for the next working party meeting would be fixed once these new inputs are received. 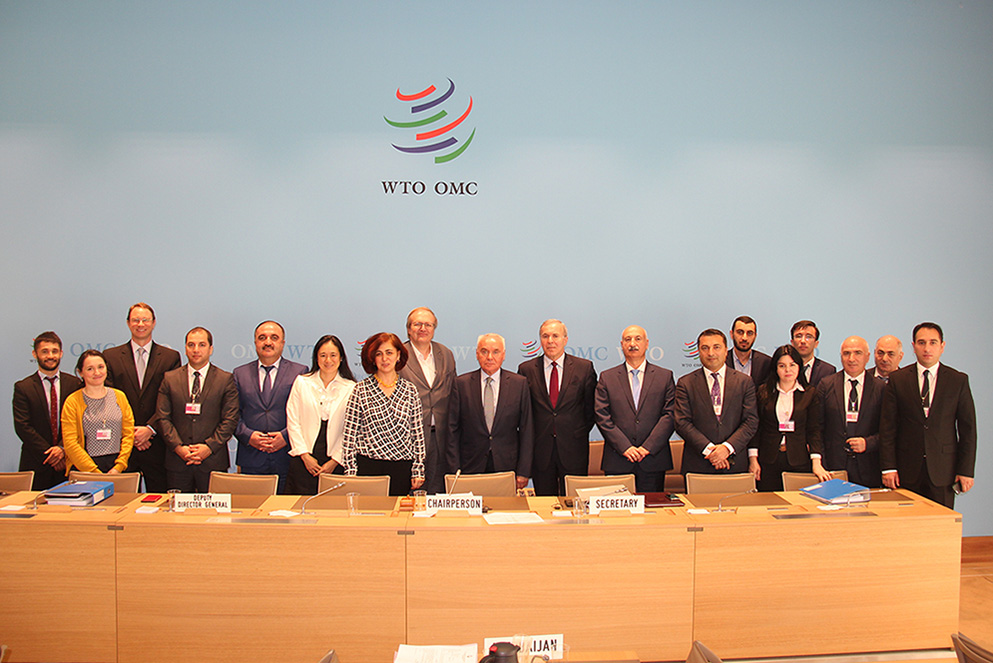