The Comorian delegation was headed by Vice-President Djaffar Ahmed Said Hassani and included a member of parliament and representatives from the private sector and civil society. Vice-President Hassani said that trade is indispensable to putting the country on the path of economic growth. Acceding to the WTO and undertaking the required commitments would allow the Comoros to modernize its administration as well as its economic and trade-related legislation, thereby creating an enabling environment for business and investment.

The Vice-President stressed that WTO membership is an integral part of the Comoros' economic growth and poverty reduction strategy and acknowledged that while the country is fully committed to completing the accession negotiations on a priority basis, it is facing capacity constraints and needs technical assistance.

“The Comorian authorities are determined to conclude the negotiations for accession to the WTO at the 11th WTO Ministerial Conference in Buenos Aires,” the Vice-president stated. “We are convinced that the integration of the Comoros into the multilateral trading system will enable us to achieve greater integration into the global economy with a marked increase in our market share and an expansion of our export base of goods and services,” he added.

WTO members welcomed the importance attached by the Comoros to the multilateral trading system and welcomed the substantive work done so far, while noting that some issues would require further work to bring the country's foreign trade regime into full conformity with WTO rules and requirements.

In his concluding remarks, the working party chair said: “We have made good progress in examining all aspects of the Comoros economic and trade regime. Where possible, the Comoros provided additional information and clarification. I hope that our discussions today have provided a solid foundation for the next steps of our work and that this positive dynamic will be maintained.” Ambassador Chávez Basagoitia praised the determination of the Comorian authorities to conclude the negotiations within the framework of MC11 and called on delegations “to intensify their commitment before the WTO summer break, or even to take advantage of this pause to finalize this accession dossier in time for the next Ministerial Conference.”

Comoros is a least-developed country (LDC) in the Indian Ocean, with a population of approximately 780,000. The Government of the Union of the Comoros applied for accession to the WTO in February 2007, and the working party was established in October 2007. In October 2013, the country submitted its Memorandum on the Foreign Trade Regime. The first meeting of the working party on the accession of the Union of the Comoros was held on 2 December 2016. 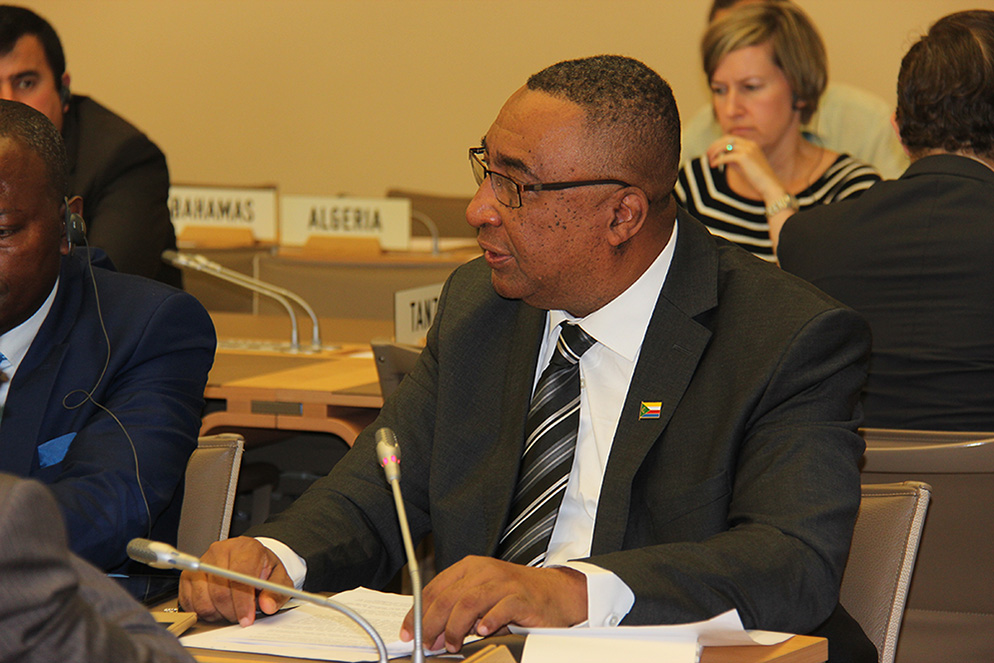