“The Working Party has acknowledged the considerable advancement in the technical work undertaken by Sudan. I hope that the positive momentum which has been generated by the hard work and dedication by the Sudanese team, with the support of members, will be sustained in the coming months,” said the chair.

“The objective of the Working Party remains to stay focused and engaged in the technical substance, as we work together to advance this accession to the next level of the process,” the chair added.

As a newly appointed minister, he said that one of the major objectives of the new Government of the National Unity formed in May 2017 is economic reform through the WTO accession.

While expressing his appreciation to the donors who have supported Sudan’s accession process, he called on members to provide the necessary technical assistance to expedite negotiations.

The full statement of Mr Hatim is available here.

Many delegations, including Commerce and Industry Minister Mr Axel Addy of Liberia, which celebrated the first anniversary of its WTO membership commended the considerable efforts undertaken by Sudan, particularly since the last meeting of the working party in January. During this period, Sudan has submitted 18 documents and 87 pieces of legislation to the working party, and responded to 146 questions from WTO members.

Sudan reported that this week it had concluded bilateral market access negotiations with two WTO members and made good progress with other interested members.

“Progress in the bilateral negotiations is essential to move an accession forward in a concrete manner. The bilateral track needs to move in tandem with the multilateral track. Therefore, I invite members and Sudan to sustain and accelerate their bilateral engagements,” the chair said.

Members of the working party continued the examination of Sudan’s foreign trade regime on the basis of the revised Memorandum on Foreign Trade Regime and other inputs provided by Sudan.

Sudan informed members about the latest legislative developments, and reaffirmed that the legislature will ensure that the country’s trade laws are in full conformity with WTO rules before accession.

The chair of the working party stressed that domestic reforms and the associated review of legislative developments are central to all accessions and urged Sudan to continue submitting newly enacted trade related legislation as it becomes available.

Sudan and WTO members were invited to continue pursuing bilateral market access negotiations intensively. The Sudanese government was also requested to prepare an updated set of documentation based on the written questions to be received from members.

Sudan was further invited to start preparing detailed action plans in areas where it would need to seek transition periods after accession, as well as a list of draft specific commitments which Sudan would be ready to undertake as part of its terms of accession. 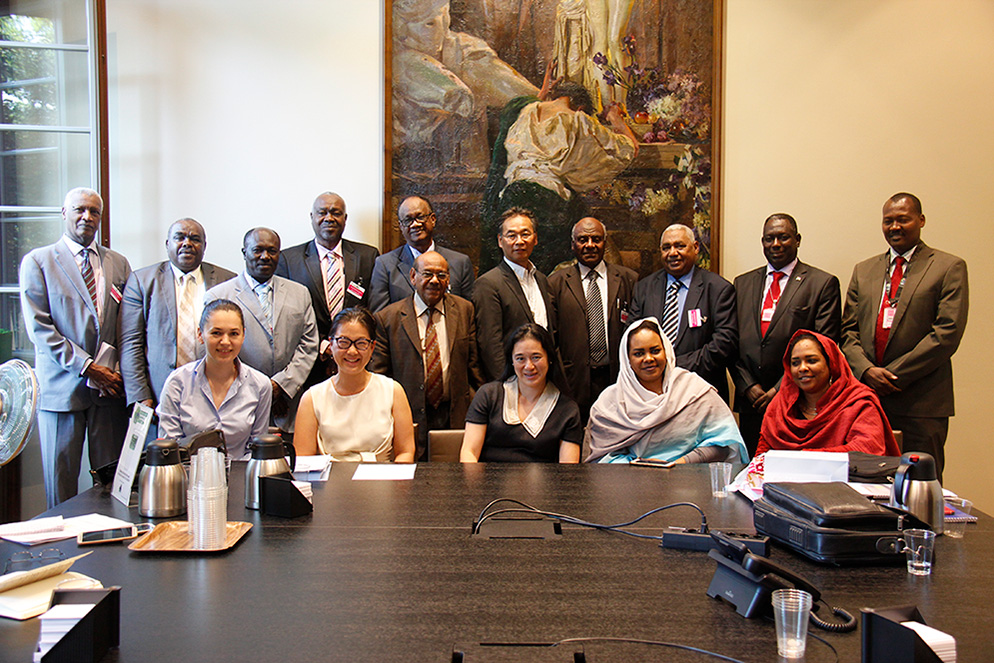