Susana Malcorra, Argentine minister and Chair of MC11, had requested the opportunity to speak to heads of WTO delegations and report on a meeting of 40 ministers which she co-chaired in Marrakesh on 9-10 October. That meeting, which was also co-chaired by Moroccan Minister Moulay Hafid Elalamy, was  designed to bridge differences between members ahead of the Ministerial Conference to be held in Buenos Aires, 10-13 December.

She said there were many issues on which WTO members were far apart. Members, she said, needed to decide which issues were "ripe" for a decision at the Ministerial Conference and which may not yet be ready but for which a process could be agreed to put these issues "in motion beyond Buenos Aires", with an eye toward reaching agreement in the near term.

"There is life after Buenos Aires. And if we have a combination of results and processes after Buenos Aires almost everything on the table could be put into one of those baskets and the meeting can be considered a success," she told the heads of delegation.

In her view, the issue on which agreement in Buenos Aires was most likely was the reduction of fisheries subsidies but she conceded there were differences regarding the level of ambition that could be attained at MC11. She suggested that some elements might be agreed at the Ministerial Conference while others could be taken up afterwards and finalised at the next Ministerial Conference in 2019.

She said agriculture is among the most important and challenging issues facing the membership. She referred specifically to the issues of public stockholding for food security purposes, reductions in trade distorting domestic subsidies and reform of cotton trade as elements on which the members needed to find common ground.

Ministers in Marrakesh, she explained, took up a range of other issues as well, including trade in services, electronic commerce, and facilitating greater participation of smaller companies and women entrepreneurs in global trade. If a multilateral accord cannot be reached on these issues in Buenos Aires, Ms Malcorra suggested members agree on work programmes to advance these issues post MC11.

As important as any result, she said, was to clearly demonstrate that trade can be inclusive and can bring benefits to people around the world.

"Our people require that whatever we do in these halls reflects them and includes them. At a moment when there is introspection about how trade affects people we need to do everything we can to demonstrate this," she said. 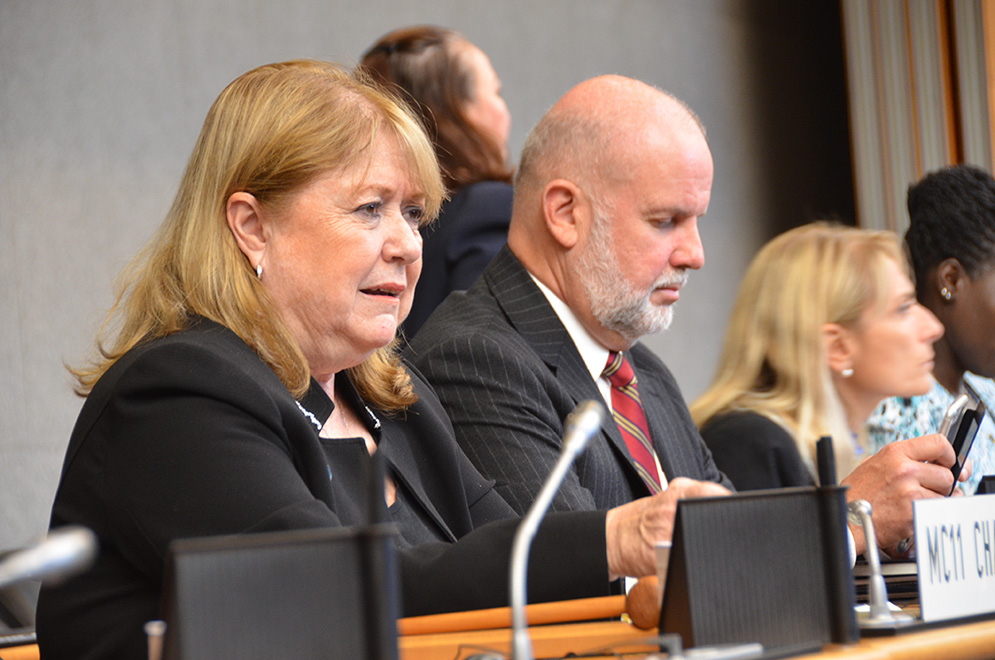