Members discussed a total of 58 specific trade concerns, and exchanged experiences on risk assessment practices of members in various areas.

Members extensively debated the impact of cyber security laws on trade in high-technology products as more than one-third of new trade concerns touched upon this issue. Some members were concerned that these newly introduced regulations would negatively impact trade in ICT products, potentially discriminating against non-domestic companies and technologies, and possibly leading to unnecessary disclosure of commercially confidential and technical information.

In response, members introducing these regulations highlighted that cybersecurity rules are needed to address national security issues and to ensure consumer privacy, and that the measures in question were non-discriminatory. Members have previously raised concerns with cyber security regulations introduced in the area of banking and insurance.

China explained that the measures aim at safeguarding national security. China assured the Committee that these measures neither target specific members nor discriminate against foreign products. Rather, it was stressed, these measures increase consumer confidence as they are aimed at providing secure networks and products.

The European Union, the United States, Japan, Canada and Australia, while recognizing the importance of protecting cybersecurity, asked China to define the scope of its cyber security regulations and clarify the definitions of key terms such as “secure and controllable services and products” that are covered by the draft law. While members acknowledged the importance of safeguarding against “network intrusions”, and “cyber-attacks”, as well as protecting users’ personal information and sensitive data, they urged China to implement relevant measures in a non-discriminatory manner and in line with the TBT Agreement.

The European Union, Japan, the United States and Canada said that China’s draft encryption requirements are highly trade restrictive on ICT products, and could discriminate against a range of companies that use or supply encrypted products and encryption-related services in China.

Encryption is the process of converting information into a code in order to prevent unauthorised access. The process is usually used to protect information transmitted online.

Members asked China to ensure that its requirements are developed in accordance with international practices and standards, are non-discriminatory and do not require manufacturers to reveal sensitive and protected information, such as encryption keys or source code. China replied that its encryption requirements are important in the reform of its cyber security policies, and that comments are currently being taken into consideration in the revision of its draft requirements.

China highlighted the need to protect the cyber security of internet-connected vehicles, including for ensuring consumer privacy and promoting fair competition. It said these rules are voluntary and developed by an independent industry organization.

The United States expressed concern that China’s cyber security guidelines for vehicles appear to discriminate against foreign technologies and firms, unnecessarily restrict trade, and impose data localization requirements. In the view of the United States, some terms are insufficiently defined and the scope of the requirements is unclear. The US requested China to notify this measure to the WTO and to give a transition period of six months or more in order to give industry sufficient time to adapt.

The United States, the European Union and Canada expressed concern that China was seeking to impose “secure and controllable” requirements for ICT products used in the aviation sector, which could be interpreted by companies to require the purchase of domestic ICT products. Such requirements were trade restrictive and could hinder protection of cyber security, the US said, since they could prevent the use of cutting edge technologies. The US therefore asked China to delay the implementation of the new requirements.

China asked members to elaborate further on their concerns so that they could be adequately considered by its authorities.

Use of chemicals in certain products

Currently the EU is considering a proposal to classify titanium dioxide as a carcinogenic substance.

The US expressed concerns that this classification would affect its use in thousands of products (e.g. paint, cosmetics and sunscreen) due to the required carcinogen labelling, and would be disruptive to global commerce.

The EU said that any proposal on the classification of titanium dioxide would be notified to the TBT Committee, and all comments sent by members would be duly taken into account by the Commission in the decision making process.

Brazil, Canada and Argentina expressed concern that the non-approval of the chemical picoxystrobin is against the scientific consensus that the substance is safe to protect crops. They noted that picoxystrobin is used in more than 65 countries and approved by many regulators worldwide. Picoxystrobin, as an active substance used in plant protection products, was subject to a comprehensive assessment and peer review under EU rules. Members urged the EU to base its scientific review process on international standards and to consider all available data.

The European Union stated that data gaps with respect to the possible impacts of picoxystrobin on human health and the environment meant that it was not possible to renew the approval of this chemical. The EU said the measure had been notified in line with the TBT Agreement, and does not disrupt trade as it does not amend the maximum residue levels in products and provides for a transition period.

The United States, the European Union and Ukraine raised concerns about measures affecting the importation of toys into Kazakhstan and Russia. This is the third time the issue has been on the meeting agenda. Kazakhstan argued that its restrictions are meant to “protect the well-being of children” from harmful toys.

The US and the EU responded that there is no scientific basis for the restrictions. The Committee also discussed concerns previously raised about Indonesia’s toy testing requirements. In the view of the EU, Japan and the US, these restrictions discriminate against imported toys.

Also at this meeting the EU, Canada and the US again raised concerns about Brazil’s toy certification ordinance, arguing that it is excessively burdensome. More details on trade in toys is available below.

In addition, members raised 44 previously discussed concerns, covering a range of categories, such as food and beverages, cosmetics, medical devices, and vehicles. A full list is available below.

On 13 June, WTO members held a “thematic session” on risk assessment. These sessions, which are part of the Committee’s 2016-2018 work plan, are an opportunity for members to exchange information and expertise on topics covered by the TBT Agreement.

In 2018, the TBT Committee will undertake the Eighth Triennial Review of the TBT Agreement. This review process is an opportunity for members to propose ideas on how to better implement the Agreement, in light of members’ experience (e.g. by developing new guidelines and best practices). At the 14-15 June meeting, members agreed to a roadmap for the Eighth Triennial Review process, which is scheduled to be completed in November 2018. 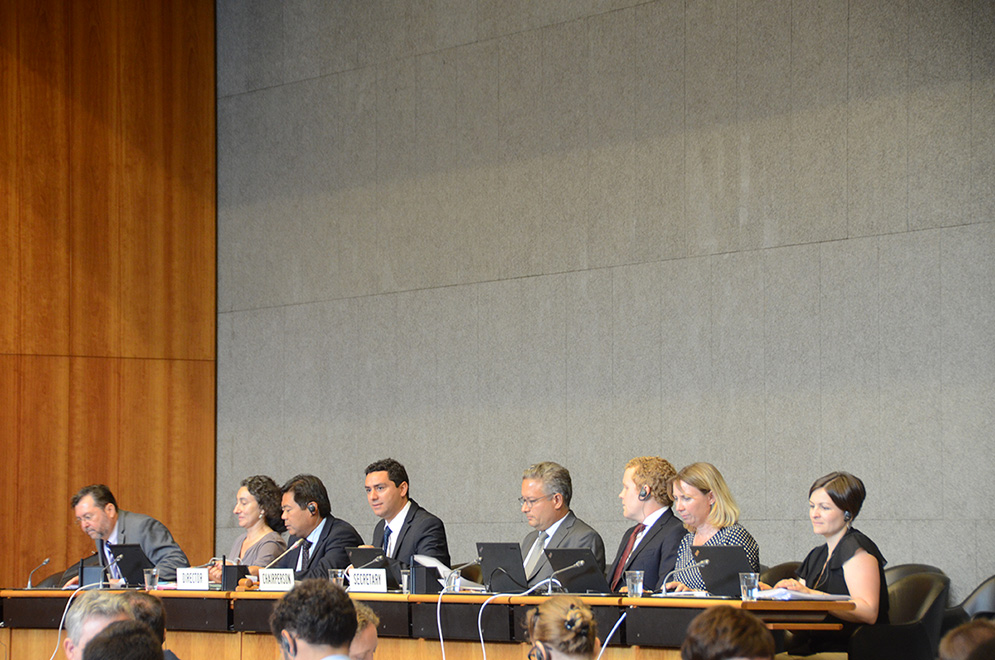