During the informal TNC meeting, the Director-General invited the Negotiating Group Chairs to provide updates on their work and he reported on his own consultations on TNC issues with members, both in capitals and in Geneva. This included discussions on Public Stockholding for Food Security and the Special Safeguard Mechanism which took place at a workshop recently organized by the G33. He stressed that greater urgency is needed to advance these issues, especially in view of the mandated timeline for public stockholding. He continued:

“I think greater urgency is required across the board, if we are to see progress. Nevertheless, we have seen a welcome increase in activity on the Doha issues in recent months. Agriculture, services and rules have continued to be major areas where members’ attention has been focused – although I have been pleased to see increased activity in development conversations as well in recent days. It is very positive that members have started to move to more detailed, text-based submissions and discussions. My hope is that this enhanced level of activity paves the way for a more focused process in the autumn. Wherever issues have reached the right level of maturity and specificity, members should be moving into negotiating mode. But let me underline again that while this growing engagement is very welcome, the approaches and level of ambition amongst delegations vary widely. A great deal remains to be done before Buenos Aires.

“We need to increase the intensity of our work markedly if we are to make the progress that I think most members want to see – including, crucially, steps on development and in support of LDCs. The Chairs and I will continue in our roles of facilitating convergence, but proponents bear the responsibility of building momentum behind their ideas. So I encourage you to reflect about how you can achieve this. And I encourage all delegations to use August to work with your capitals to increase their engagement, and to see what may be possible.

“We also need to be realistic in assessing what can be done by Buenos Aires and what could be further developed in the longer term. We must ensure that MC11 is a step forward for the multilateral trading system, in the interests of growth, development, job creation and living standards around the world. As with Bali and Nairobi, it is essential that we do all we can to make Buenos Aires a success – and to ensure that it represents a strong platform for future work.”

During the informal HoDs meeting, the DG gave an overview of his consultations in recent months, including over 25 bilateral meetings, bilateral visits to Japan, the US, the EU Commission and Romania, and his participation in various meetings including the ’One Belt One Road’ Forum in Beijing, the APEC Trade Ministers’ meeting in Hanoi, the OECD ministerial meeting and the informal gathering of Trade Ministers in Paris which was organized by Australia, the G20 Leaders’ summit in Hamburg, and the Global Review of Aid for Trade which was held at the WTO in Geneva.

Reporting on these consultations in the HoDs meeting, DG Azevêdo said:

“Members recognize the important role that the WTO plays in ensuring stability, transparency and predictability of the global trading system and therefore the need to further improve and strengthen it. This is especially positive given the continued uncertainty in the global economy. In addition, throughout these exchanges, I have heard consistent calls for a successful MC11. The Ministerial Conference is clearly an important moment to demonstrate that the system works to support all countries’ economic growth and development. To deliver on this we need to ensure that our work is relevant to the challenges faced by the users of the trading system, and therefore I am pleased that interest from the private sector in the work of the WTO continues to be very high.”

The Director-General went on to detail various events organized by groups of members in which he had been invited to participate. 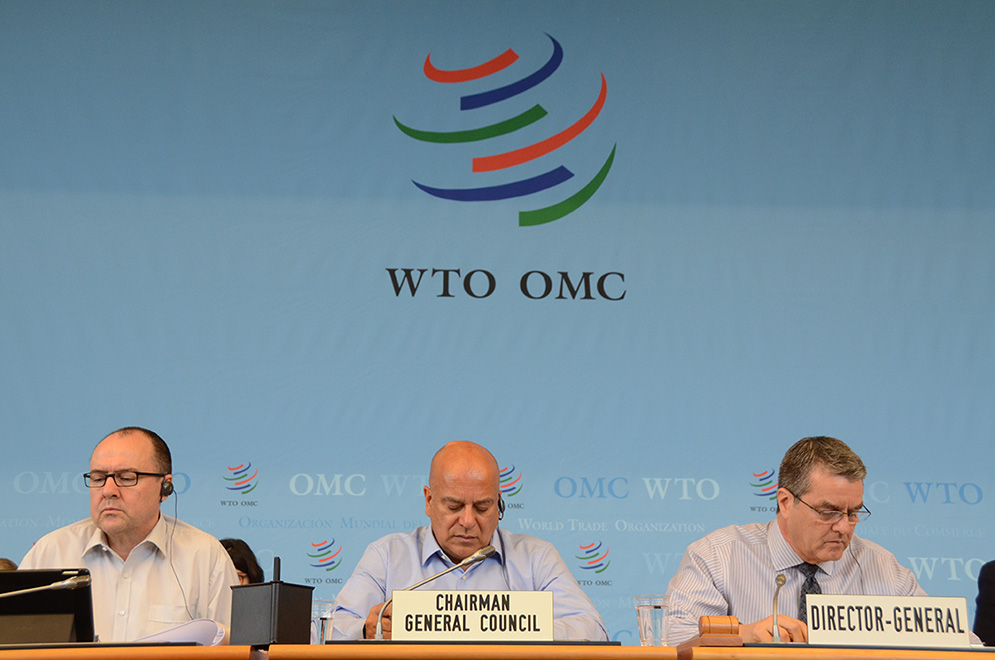