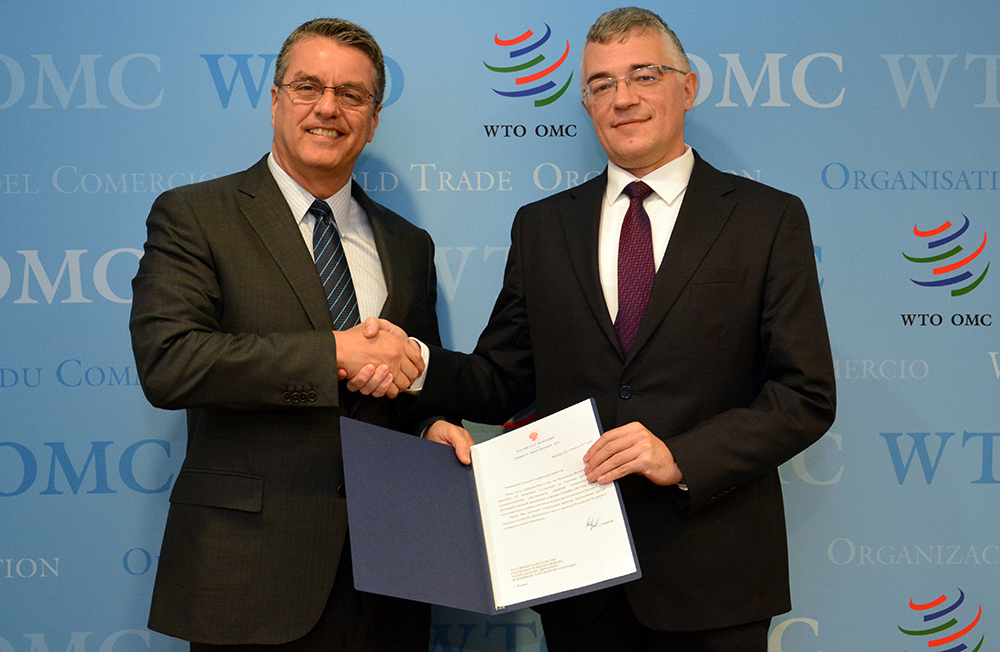 The notification by the Russian Federation, the last of the BRICS countries (Brazil, Russia, India, China and South Africa) to accept the protocol and a potential user of the system both for export and import purposes, marks a milestone at a time when the focus of the TRIPS amendment is shifting from the formal acceptance process to its effective implementation in practice.

The amendment entered into force on 23 January after two-thirds of WTO members had accepted the legal change. It gives legal certainty that generic versions of patent-protected medicines can be produced under compulsory licence (one that is granted without the patent holder's consent) specifically for export to countries with limited or no pharmaceutical production capacity.

Since the entry into force of the amended TRIPS Agreement, another five WTO members have deposited their instrument of acceptance with the WTO Secretariat – Oman (1 March), Sierra Leone (21 March), Fiji (1 May), Saint Vincent and the Grenadines (9 May) and Malawi (24 July).

The remaining 46 members who are yet to submit their instruments of acceptance are expected to complete their domestic procedures in due course. At the TRIPS Council's meeting in June, the chair, Ms Irene Young (permanent representative of Hong Kong, China), encouraged members concerned "to do so by the end of this year when the current deadline for the acceptance of the protocol amending the TRIPS Agreement expires".

The chair also reminded members that the annual review of the special compulsory licensing system will be on the agenda at the Council's next meeting on 19-20 October. She called on members to seize the opportunity "to consider in more detail how this new procurement tool could be effectively used in practice to respond to public health needs".

Meanwhile, technical assistance programmes provided by the WTO Secretariat have focused on the practical operation of this mechanism as a procurement tool, responding to increasing demand on the part of members for capacity building in this area.

Members took the decision to amend the TRIPS Agreement specifically to adapt the rules of the global trading system to the public health needs of people in poor countries. Unanimously adopted by WTO members in December 2005, the protocol amending the TRIPS Agreement makes permanent a mechanism to ease poorer WTO members’ access to affordable generic medicines produced in other countries.

Normally, most medicines produced under compulsory licence can only be provided to the domestic market in the country where they are produced. The amendment allows exporting countries to grant compulsory licences to generic suppliers exclusively for the purpose of manufacturing and exporting needed medicines to countries lacking production capacity.

The up-to-date list and map of members that have accepted the protocol are available here.

More information on the issue of TRIPS and public health is available here.