In his address at the opening ceremony, DG Azevêdo said that this first China International Import Expo sends a clear message about China's key role in global trade and about the importance of imports.

DG Azevêdo underlined that around two-thirds of all exports around the world contain imported components. "And it is precisely this greater openness and economic integration which has helped to fuel growth, job creation, and development in the modern world." The WTO provides the very foundations on which this greater economic openness and integration are built, he stressed. "We must work together now to strengthen those foundations."

DG Azevêdo thanked President Xi for his vocal support of multilateral institutions and their importance in the global economy.

Following the opening ceremony, DG Azevêdo visited the WTO stand located in the event's main exhibition hall. The WTO is participating in the Expo, along with the United Nations Conference on Trade and Development, the United Nations Industrial Development Organization and the International Trade Centre, at the invitation of the Government of China.

DG Azevêdo also participated in the launch of the Chinese edition of the World Trade Report. 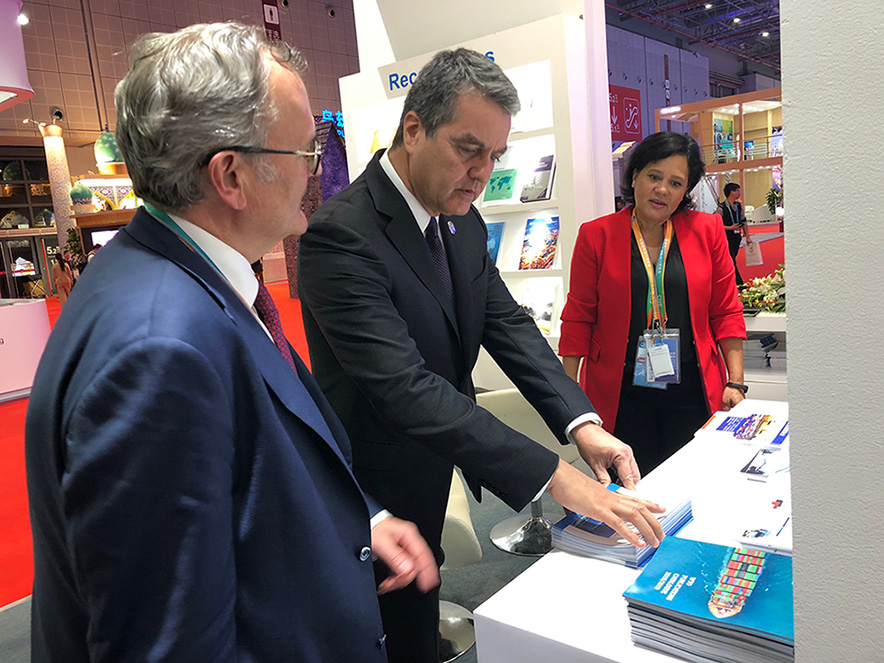