During the public discussion Director-General Azevêdo argued for a strengthening of multilateral cooperation on trade. He said:

"Think about the world without the WTO. It would be the law of the jungle. It would be a return to unilateralism, with no global cooperation on trade issues. Our economists have been looking at the effects of such a scenario and the question is not whether people are going to lose – the question is how much. In fact, everyone would lose out. Two-thirds of products traded are produced in at least two countries, so if you disrupt trade it affects everyone in some manner. Trade is like oxygen – you only notice it when it's gone.

"Today, we are seeing tensions rising, with new tariffs covering hundreds of billions of dollars of trade, and very real risks of further escalation. We must work together to lower those risks. In this context, a conversation about WTO reform has emerged. It is still at an early stage, so it's difficult to tell how this will evolve. But clearly we can’t solve the current situation through bilateral channels only – we also need a broader conversation. I don’t think everybody realises the scale of the risks before us today. It is time for leaders to roll up their sleeves and find a way forward. The G20 summit in Buenos Aires in a few weeks' time will be a good opportunity, and there will be others. We must transform this crisis into opportunity." 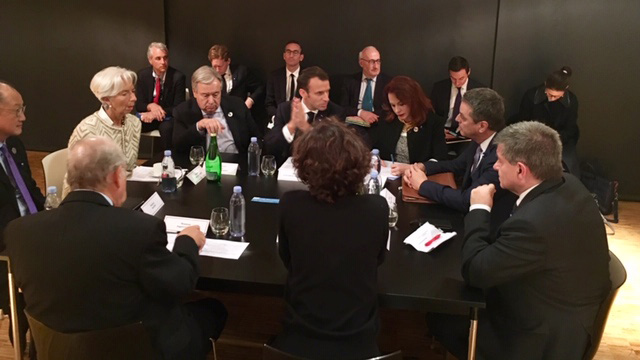