During his visit, the Director-General gave an address at the Mexican Senate and also gave a keynote speech at the Ministry of Economy entitled: "The WTO at a crossroads: towards a multilateral trading system with strengthened rules?"

Speaking at the Ministry of Economy, the Director-General said:

"I last visited Mexico in 2014. I was impressed by the country’s drive to integrate with the global economy – and by Mexico's strong support for the WTO. And this support was evident in my meeting with President López Obrador. It is a pleasure to see that trade and the WTO remain a central part of Mexico's economic strategy.

“Mexico is one of the top exporters of manufactured goods globally. The country needs to be connected to global markets – and the stability and predictability that the WTO provides are essential to that end.

"We all need global trade to work. However, our new trade figures published this week show that trade grew 3% in 2018, down from 4.6% in 2017. And we expect even more modest growth in 2019, at just 2.6%. Growth was weighed down by several factors, including trade tensions. This is concerning. Trade simply cannot play its full role in driving growth and development when levels of uncertainty are so high. There is no doubt that we need to respond to the current situation. Members are discussing how to strengthen the WTO and ensure that it can work better and be more responsive. The world needs the trading system to succeed.”

The Director-General's speech at the Ministry of Economy can be found here.

The Director-General's address at the Mexican Senate can be found here. 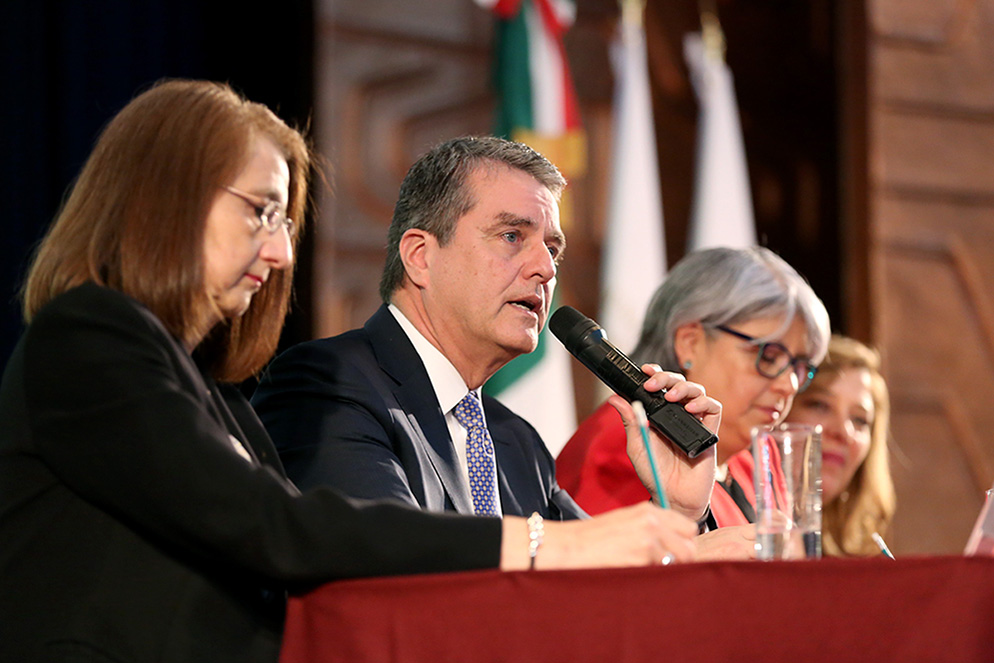