In his remarks, the Director-General pointed to the record level of interest and attendance at the previous week's WTO Public Forum as a sign that members' ongoing efforts on WTO reform were gaining recognition. But he noted that hard work would be needed in the months ahead to translate positive momentum into concrete outcomes.

“Despite the good work taking place across so many issues, we are a long way from where we should be. Time is not our friend,” he said.

“The world is counting on us to deliver a stronger rules-based trading system — with more predictability and less uncertainty. A system that unlocks opportunities for trade, development, and inclusiveness.”

DG Azevêdo urged members to swiftly reach consensus on a new chair for the Negotiating Group on Rules. Failing to do so would endanger their prospects for meeting the end-of-year deadline for a fisheries subsidies agreement, he warned.

In his remarks, the Director-General also called attention to recent WTO statistical forecasts showing that global merchandise trade was slowing, and that services trade was also losing momentum.

“While discouraging, this darkening outlook for trade should not surprise anyone Trade conflicts have not abated. Indeed, they have continued to increase. The current uncertainty is not conducive for business confidence and investment. This is not good for trade and growth in the immediate term. Worse, it is denting future prospects for growth, development, and job creation.

“We must therefore work together to resolve the prevailing trade tensions and rebuild confidence in the global trading system.” 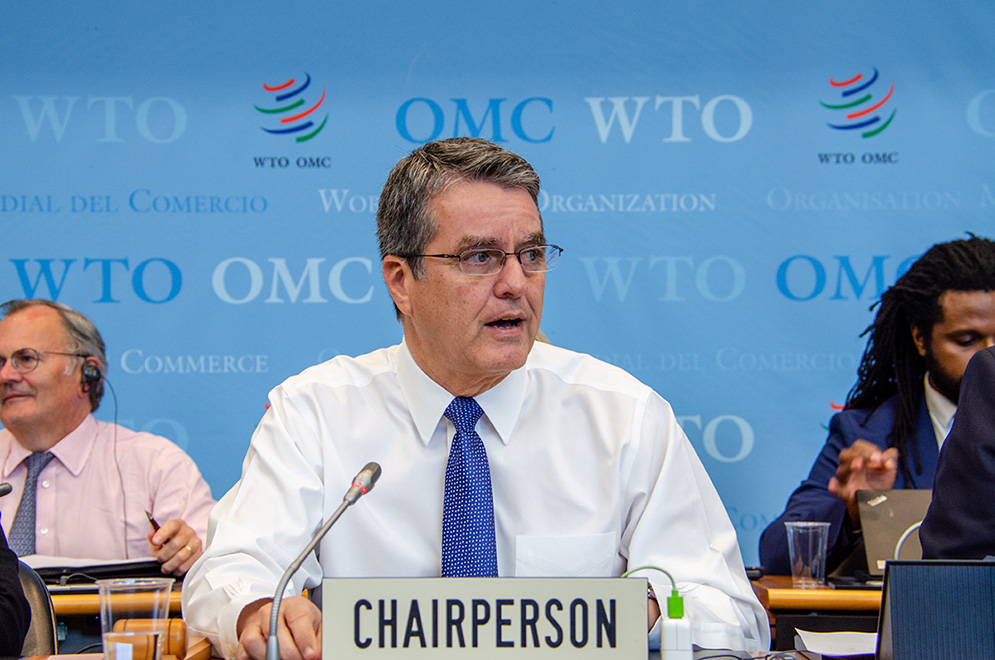