“This is a historic moment for Curaçao, which has been long in the making,” said Caryl M.C. Monte, Curaçao's Chief Negotiator for WTO accession. In his statement to the General Council after WTO members accepted Curaçao as a new observer, Mr Monte underlined the long commitment to the multilateral trading system of his country and its predecessor, the Netherlands Antilles, which was a participant in the General Agreement on Tariffs and Trade (GATT) and its multilateral negotiating rounds.

“We believe in, and will actively support, the role of the WTO in organizing and nurturing effective global economic governance, especially where it concerns the interests of small island developing states within the WTO,” Mr Monte said. “Our fundamental aspiration is to directly participate in the global trade dialogue and seek mutual economic progress by connecting to other trading partners, especially in our Caribbean region, based on a transparent set of multilateral and plurilateral trading and other commercial rules, administered on the basis of equality and irrespective of the size of the member countries represented in this esteemed world body.”

WTO Director-General Roberto Azevêdo said: “I would like to take this opportunity to congratulate Curaçao on the members' acceptance of its application to accede to the WTO, so let me welcome Curaçao to this room. I wish Curaçao the best for a swift and successful accession process. I can also assure you that you can count on the Secretariat's full support to make this a reality as soon as possible.”

Learn more about how to become a member of the WTO here. 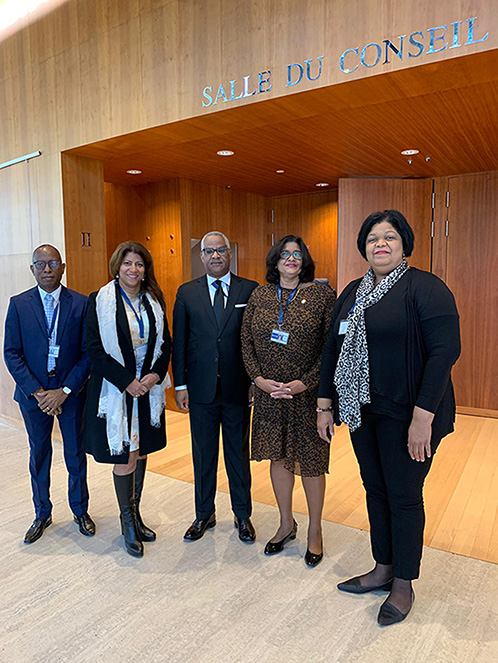