"We will be asking ministers to meet virtually in July with a focus on fisheries subsidies and possibly one or two other topics," Director-General Okonjo-Iweala said at a meeting on fisheries subsidies of the Negotiating Group on Rules, which was convened at the level of heads of delegations. "The aim of that meeting will be for ministers to review a very advanced, hopefully final, text," she said. Her full remarks are here.

Before then, an intermediate text containing middle-ground provisions will be important to capture progress made since the most recent version of the draft consolidated text was circulated in December, the chair said.

"As we enter into this final phase, our process also needs to change," the chair said, noting that non-stop, text-based consultations with heads of delegations will be vital to quickly find acceptable landing zones that can be put to ministers. "We are now at the stage where political will to make tough calls and compromises has to be used," he said. View a summary of the chair's statement here.

The chair called the meeting to report back to members on work undertaken since mid-March, including the 12-16 April cluster of discussions among heads of delegations. The April cluster of meetings focused on key issues where higher-level attention was needed to make progress: a possible exemption for subsidies to subsistence, artisanal, or small-scale fishing; due process requirements for illegal, unreported and unregulated fishing determinations; and the approach to the prohibition of subsidies contributing to overcapacity and overfishing. Members also discussed earlier in the month the prohibition of subsidies related to overfished stocks, particularly how to ensure its coherence with the other fisheries subsidies disciplines.

The chair said he observed genuine attempts at compromise at last week's meetings. The Director-General welcomed the chair's assessment that there was constructive engagement among heads of delegations.

"Our job is to protect the fish and to protect the many millions of fisher men and women who directly depend on the fish," Director-General Okonjo-Iweala said. "I remain committed to reaching a meaningful outcome soon and I am sure that if we all put in the hard work needed, we will get there in July."

Under the mandate from the WTO's 11th Ministerial Conference and the UN Sustainable Development Goal Target 14.6, negotiators have been given the task of securing agreement on disciplines to eliminate subsidies for illegal, unreported and unregulated fishing and to prohibit certain forms of fisheries subsidies that contribute to overcapacity and overfishing, with special and differential treatment being an integral part of the negotiations. 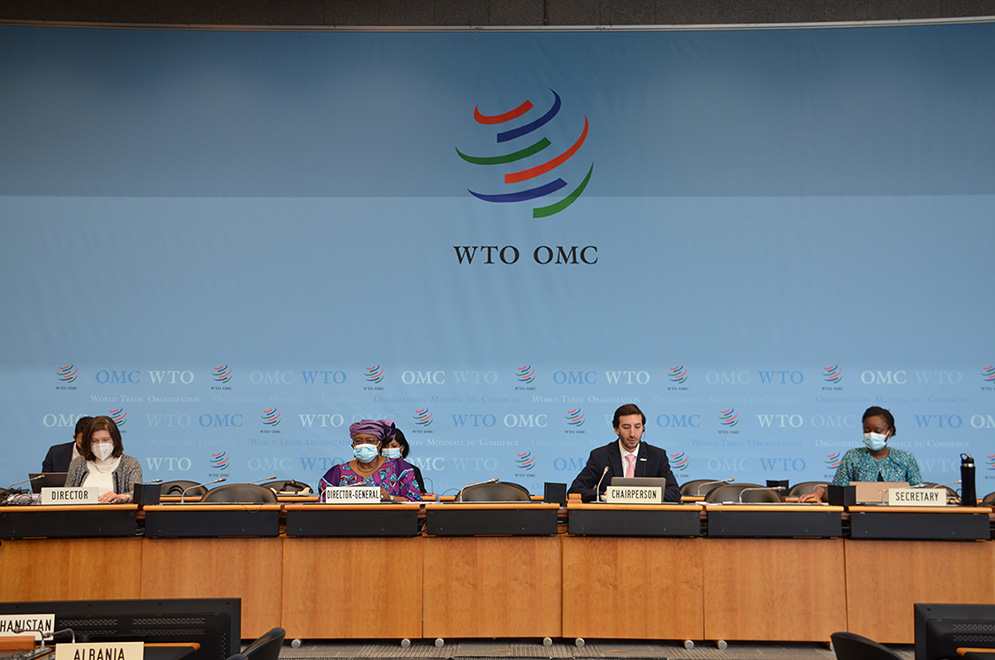