DG Okonjo-Iweala said: “Whether in business, in government, or in international organizations, theory only gets you so far. Plans need to survive contact with the real world and deliver real benefits for real people. At the WTO, our ongoing reform efforts to keep the institution fit for changing commercial realities are not an end in themselves. They are about ensuring that the WTO continues to deliver on its founding goals of using trade as an instrument to raise living standards, create jobs, and promote sustainable development. These goals are fundamentally about people — and using trade to make their lives better.”

Professor Koen Becking, Rector Magnificus of NBU, said: “We honour Dr Ngozi Okonjo-Iweala for her leadership that is an example for so many in the world of economics and business in a global context, her role in society dealing with urgent issues such as corruption and the COVID-pandemic, her extensive experience as an inspirational leader, for being the ‘first woman’ in so many different roles and her overall contribution to education.”

Désirée M. van Gorp, Professor of International Business of NBU and a member of the WTO Chairs Programme (WCP) Academic Advisory Board, said: “We are proud to confer an honorary doctorate upon Dr Ngozi Okonjo-Iweala, who has left an impressive footprint of responsible leadership throughout her career. She is the embodiment of NBU's values of responsible leadership, entrepreneurship and stewardship. Her inspiring leadership and her commitment to a better world for all is an example for our students, alumni, representatives from the academic world and other partners in our ecosystem.”

The Netherlands is a long-standing sponsor of the WCP. In 2021, the Netherlands, alongside France, funded 11 capacity building projects within the WCP network.

The WCP aims to strengthen and promote trade-related academic activities by universities and research institutions in developing and least-developed countries. Chairholders are professors responsible for leading a team in their institutions to provide trade-related expertise for their countries and regions through well-targeted research projects. Currently, over a third of the WCP Chairholders are female.

More information about the Programme can be found here. 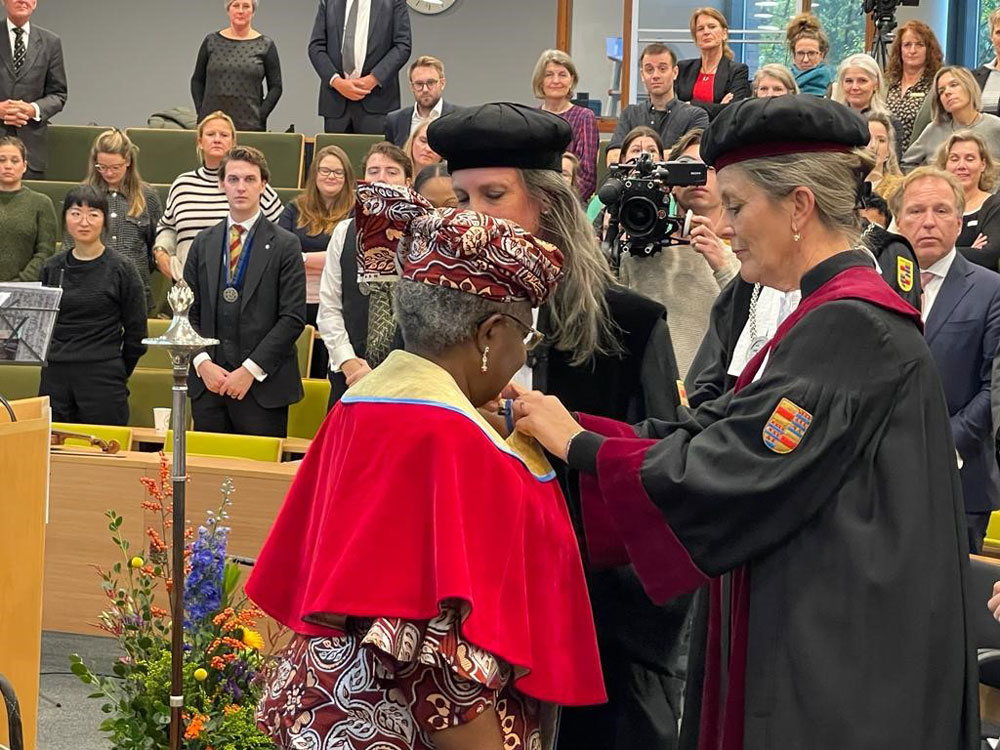