The Understanding is aimed at resolving the DS371 parties' longstanding trade dispute regarding customs valuation procedures for imported cigarettes.

Ambassador George Mina of Australia, who acted as facilitator in the negotiations between the two parties, noted that the signing of the Understanding represented a successful outcome of the facilitator-assisted process which began in 2021 following the signature of the “Understanding between the Philippines and Thailand to pursue Facilitator-Assisted discussions aimed at progressing and resolving outstanding issues in regard to DS 371” (WT/DS371/44, 21 December 2020).

The two DS371 parties noted that in accordance with their 7 June Understanding, they have agreed to establish a bilateral consultative mechanism (BCM) which will serve as a channel for their respective relevant authorities to cooperate and dialogue on a regular basis, with the objective to build further confidence that will support efforts to reach a comprehensive settlement of their dispute in DS371, consistent with their rights and obligations under the WTO Agreement, as well as the recommendations and rulings of the Dispute Settlement Body (DSB).

The Understanding entered into force on signature and may be terminated by either party on 60-days written notice. Taking into account the progress made in the implementation of their cooperation, it should ideally lead to the notification by the parties of a mutually agreed solution under Article 3.6 of the Dispute Settlement Understanding (DSU).

Ambassador Mina said he was very pleased to have been able to assist the parties over the last year in their negotiations on the Understanding on Agreed Procedures and said:

“Throughout the Facilitation process, the Philippines and Thailand have actively and constructively engaged in discussions, both in Geneva and through their respective capitals to arrive at the Agreed Procedures Understanding signed earlier this month. This further demonstrates the commitment of Thailand and the Philippines to the WTO dispute settlement system.”

A public announcement on the signing of the Understanding is available here.

Further background on the dispute is available here. 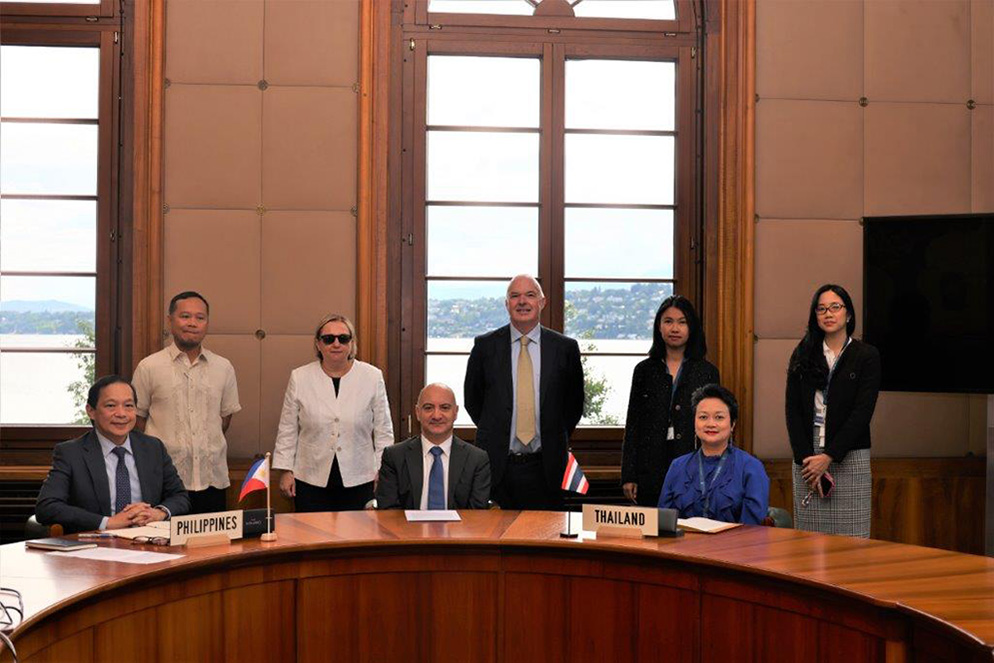