In her welcoming remarks to the event,  Deputy Director-General Anabel González highlighted that the TFA had “added an entirely novel dimension to multilateral trade cooperation: the need to work together to alleviate frictions caused by trade procedures and processes.” With the entry into force of the TFA, trade facilitation had joined trade opening as an essential element of national, regional and global trade policy reform.

DDG González also recalled the TFA's tailored approach to special and differential treatment, by allowing members to implement the agreement at their pace.

During a discussion on assessing the impact of the first five years of the TFA, the WTO, the OECD, the World Bank, and the European Federation of Pharmaceutical Industries highlighted multifaceted economic benefits of implementing the agreement over the last five years.

In other discussions, the beneficial impact of the TFA on the areas of digitalization, resilience, inclusiveness, and coordination were noted — along with warnings on the need for sustained robust technical assistance and capacity-building support to ensure that developing and least developed country would experience the same benefits.

The critical role of National Trade Facilitation Committees in TFA implementation was underlined by speakers as providing the dynamism, momentum, and progress that facilitated WTO members'  implementation of the Agreement.

The final discussion of the day looked at implementation challenges, particularly for least developed countries, and opportunities associated with implementation of the TFA. For example, several commentators noted that countries that  had implemented TF reforms were better able to adapt to changes in trade volumes and regulatory controls during the pandemic, thereby strengthening members' ability to respond to the next crisis.

In drawing the event to a close, Ambassador Adamu Mohammed Abdulhamid of Nigeria, the recently-appointed chair of the WTO's Committee on Trade Facilitation, welcomed members' commitment to the implementation of the Agreement and to trade facilitation reform.

The committee encouraged least developed countries to submit the definitive dates for implementation of category C provisions by the 22 August 2022 deadline.  Under the flexibilities of the Agreement, the Committee agreed to the request from one member to extend this deadline.

Category C notifications contain TFA provisions that a developing or least developed country designates for implementation on a date after a transition period and which require assistance or support for implementation capacity building.

Two members informed the committee of the implementation of some of their provisions under an agenda item on voluntary updates by members of definitive dates of implementation.

In its regular update to the committee, the Secretariat indicated that at present, notifications submitted by WTO members show that they have committed to implement 75.5% of TFA obligations. Among the developing members and least-developed country (LDC) members, the figure stands at 68%.

Members heard a presentation from China on “Smart Customs, Smart Borders, Smart Connectivity”.  They also heard presentations from Kyrgyz Republic on “Implementation of the Trade Facilitation Agreement and Further Steps on Introduction of Electronic Document Processing in foreign trade” and from Angola on the “Status of the Implementation of the Trade Facilitation Agreement in Angola”.

In accordance with the TFA Review, the committee adopted a regularized agenda for the annual dedicated session on technical assistance and capacity building support.

Members also noted a communication from Botswana, Coordinator of the Landlocked developing country Group (LLDCs), requesting that a study of trade corridors operating between LLDCs and transit countries be carried out by the WTO with outside partnership where necessary, with the results to be reported to the committee at its Dedicated Session on Transit in Spring of 2023. The committee will revert to the request at its October meeting.

All presentations and reports can be found here.

The next committee meeting will be held on 4-6 October 2022 including the Dedicated Session on Technical Assistance and Capacity Building Support which will take place on 6 October 2022.

At the 2013 Bali Ministerial Conference, WTO members reached a deal on the historic Trade Facilitation Agreement (TFA), which then entered into force on February 22, 2017 after having been ratified by two-thirds of the WTO's members. Provisions in the TFA help speed up the movement, release, and clearance of products, including those that are in transit. Additionally, it outlines steps for efficient coordination on matters relating to trade facilitation and customs compliance between customs and other pertinent entities. It also includes provisions for capacity building and technical support. 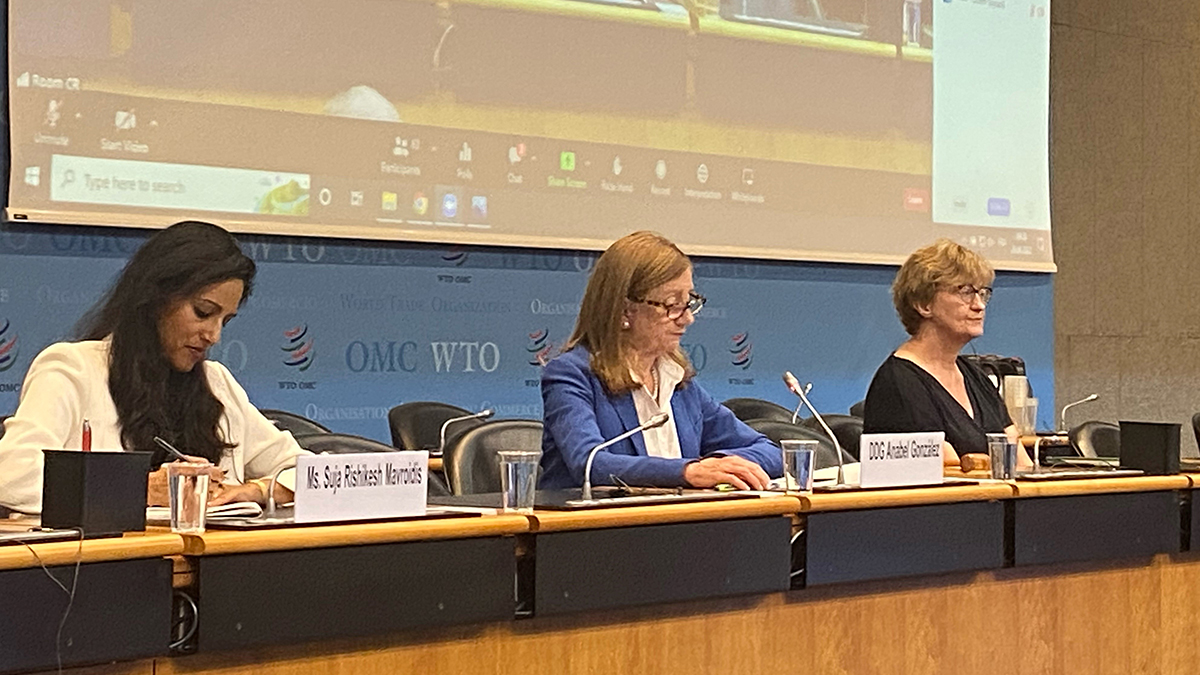