Members reached a binding landmark Agreement on Fisheries Subsidies at the 12th Ministerial Conference (MC12) prohibiting certain subsidies and committing members to further negotiations to build on these disciplines. The Director-General emphasized the importance of moving forward with additional fisheries subsidies negotiations as agreed by ministers. She urged members to brainstorm together at a fisheries subsidies retreat slated for 10 October on how to advance these negotiations.

Ambassador Wills, speaking for the final time as Chair, thanked the DG and stated: “I want to start by thanking the WTO membership for the trust that you deposited in me when selecting me as the Chair of the NGR, almost exactly three years ago. Everyone knew at that time that we had an enormous task before us, and you allowed me to lead it. But for me, it was not only about a task, it was an opportunity to do good for the WTO, an organization that I love, but also to do good for the world.”

Highlighting the MC12 outcome on fisheries subsidies, Ambassador Wills urged members to deposit their instruments of acceptance with the WTO as soon as possible so that the Agreement enters into force. He added that the work has entered a new phase with two fisheries subsidies workstreams: the first relating to entry into force and implementation of the Agreement, and the second on advancing the negotiations in preparation for the next Ministerial Conference (MC13).

“I know that many of you are continuing your hard work on fisheries subsidies by assisting your authorities to take the necessary steps to deposit your acceptances of the Agreement as soon as possible so that it enters into force quickly and starts delivering its benefits for the sustainability of the ocean and the blue economy,” he said.

Touching on the election of a new Chair for the fisheries subsidies negotiations, Ambassador Wills expressed optimism that the consultations being held by the Chair of the General Council for this purpose will conclude soon and to the satisfaction of all members.

Around 30 members took the floor to thank the outgoing Chair, lauding his commitment and service over the past few years. 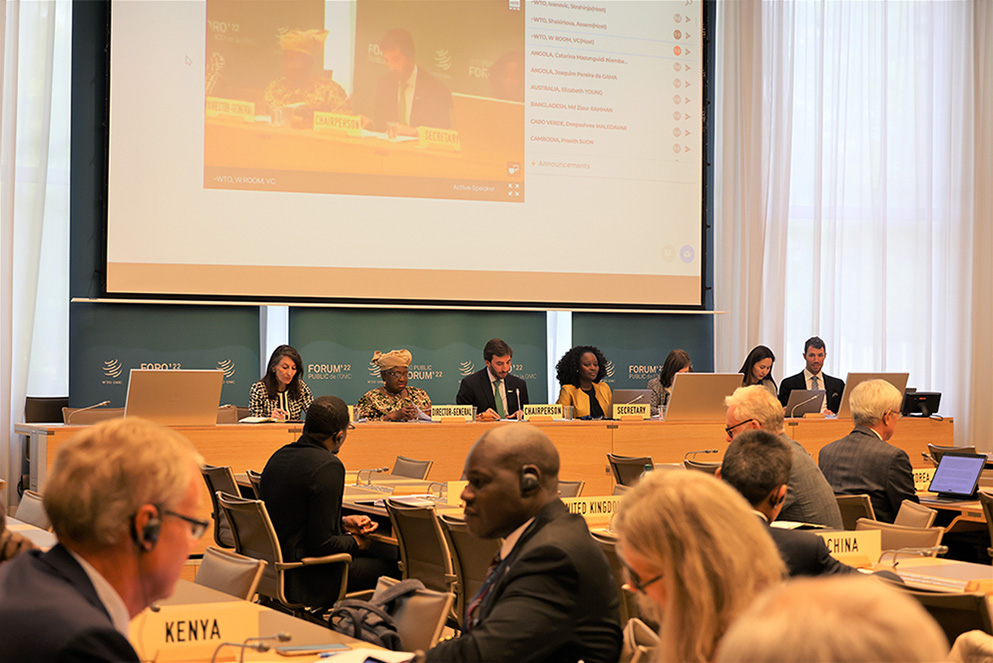