Participants agreed on the need to strengthen public awareness activities, to support developing countries in procuring legitimate medicines and to help them in the fight against illicit trade in medical products.

WTO Director-General Ngozi Okonjo-Iweala outlined her long-standing concerns with illicit trade: “Time and again, we see how illicit trade is threatening people's health and livelihoods, and how it undermines legitimate business activity and abets corruption.”

DG Okonjo-Iweala added: “By working together as an international community, we can seize opportunities to fight this kind of illicit activity while at the same time strengthening licit trade, especially in poor countries with poor capacity.” She called on international organizations to step up efforts to raise awareness among public leaders and national officials about the urgency of tackling illicit trade.

Assistant Director-General of the World Health Organization Mariângela Simão emphasized that the rise of e-commerce has turned illicit trade in medical products in particular into a “global problem” that demands more attention from the international community. She also highlighted the need for “a more systematic approach across different multilateral organizations” to help strengthen the capacity of developing countries to procure legitimate medical products.

Director General of the United Nations Industrial Development Organization (UNIDO) Gerd Müller said that “the circulation of low quality and unsafe medical products affects the poorest the most”. He also noted that “we need a strong coalition of international organisations to expand production of quality medicines and to fight trade in illegal medical products”.

Secretary-General of the World Customs Organisation Kunio Mikuriya noted that “customs are playing a role of facilitating legitimate trade but we are also the first line of defence in the fight against illicit trade which is posing safety and security risks”. He highlighted the importance of access to data, information sharing and coordination of capacity building activities to assist customs officials around the world in combatting illicit trade.

Assistant Director-General of the World Intellectual Property Organization Edward Kwakwa stressed the importance of enhanced cooperation in fighting illicit trade in medical products “to create a stronger, more united response and to avoid reinventing the wheel”. He called for the creation of a forum on illicit medical products to promote “information exchange, coordination of awareness raising and technical assistance activities, and policy coordination among relevant international governmental organizations”.

WTO Deputy Director-General Anabel González, who moderated the event, underscored this point: “The nefarious forces that drive illicit trade in medical products are difficult to uncover, and even more difficult to counter. But despite the secrecy that cloaks illicit activities, one thing is certain: the battle against illicit trade is not one in which a single country will emerge a winner, nor one that a single international organization or any other actor can fight alone”.

Participants also heard perspectives on fighting illicit trade from representatives from the Organisation for Economic Co-operation and Development and the UN Office on Drugs and Crime.

The publication looks at how WTO rules and activities can support WTO members in confronting the challenge of illicit trade in medical products. It highlights some of the problems in tackling illicit trade, such as the difficulty in measuring it and its impact. It also outlines WTO rules that offer critical tools in the fight against illicit trade in medical products by promoting transparency and predictability, strengthening border and regulatory controls, and enhancing national and international cooperation.

The publication underlines that making effective use of WTO rules to tackle illicit trade relies on greater coordination within and among members and building capacity in developing countries.

The publication is available here. 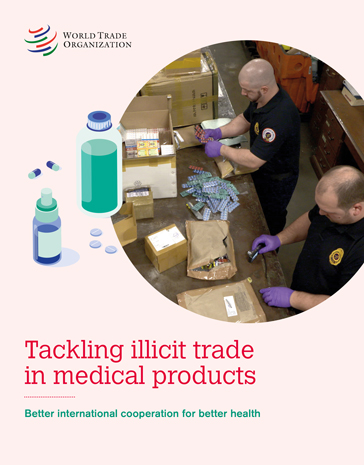 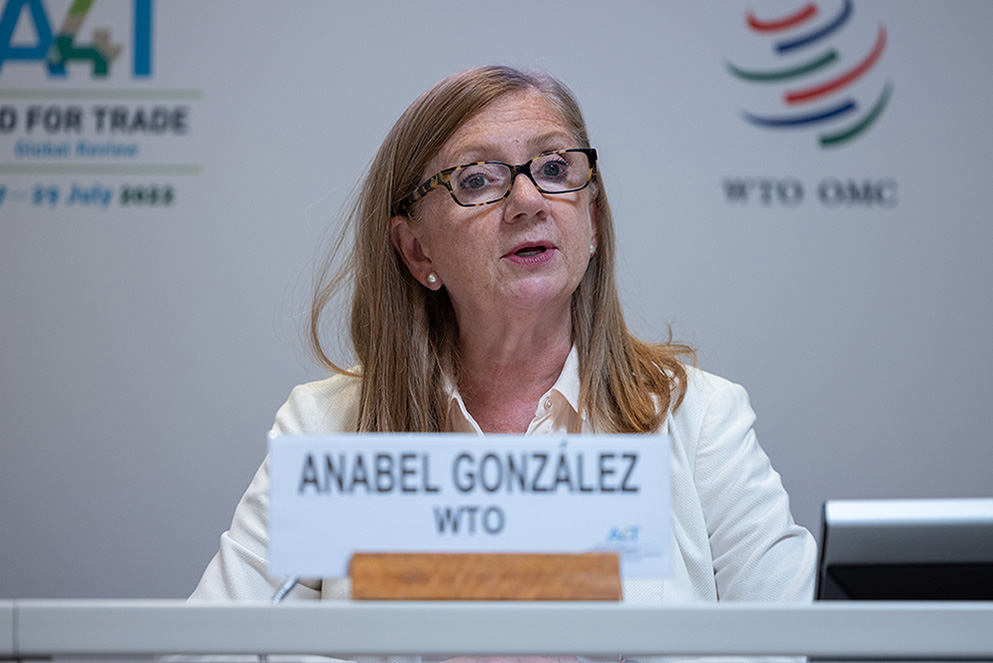