Speaking to heads of WTO member delegations, the Director-General observed that ministers would gather at WTO headquarters next month against a backdrop of the COVID-19 pandemic, rising food and energy prices, debt distress, and war.

“This is not an ordinary Ministerial Conference,” she said. The difficult context made reaching agreements both harder and more urgently necessary, she noted, urging delegations to be open-minded and flexible on substance and in how they engage with each other.

Describing her wish for a “streamlined, business-like” MC12, DG Okonjo-Iweala said delegations need to achieve clarity about how they want to use the meeting. She urged them to finalize outcomes ahead of time so that ministers can “bless” them and focus on providing guidance for future work. “MC12 should not simply be a talk shop,” she said.

One potential MC12 deliverable is a WTO response to the current and future pandemics, including intellectual property issues, where members will discuss possible elements of a compromise at a time to be determined by the Chair of the TRIPS Council, the DG said. Other potential deliverables include concluding an agreement on fisheries subsidies, achieving outcomes on agriculture and making progress on reforming the WTO in addition to various initiatives members are taking forward, she added.

The Director-General pointed to the threat of a global crisis in food security, with prices for food, fertilizer and energy rising sharply from already high levels.  She suggested members could use MC12 as a platform to take actions on these issues separately from the ongoing agriculture negotiations.

The DG said she would be consulting with members in the days ahead as to what such actions could entail. In addition to the proposed exemption from export restrictions for World Food Programme humanitarian purchases, she added, some members have talked about sharing buffer stocks and were seeking assistance in getting grain to world markets, or directly assisting other members needing support in government-to-government transactions.

Ambassador Dacio Castillo (Honduras) in his capacity as the General Council Chair's Facilitator also reported to the members on his consultations on the WTO's response to the pandemic.

Over 40 WTO members took the floor to comment on the interventions of the Director-General, the Chairs and the Facilitator.

As part of her remarks to members, DG Okonjo-Iweala reported on her recent official visits to the United States and Brazil, where she met with top officials from both countries. In Washington DC, she joined the G20 finance ministers meeting and participated in the International Monetary Fund and World Bank spring meetings, and also met with members of the US Congress.  Support for the WTO was a clear theme in these discussions, she said, but this support came with the expectation that the WTO should produce results and continue to be active in helping to solve the multiple challenges facing the world.

Regarding MC12, the Director-General said, the goal “is to show we have an organisation that is part of the solution to the polycrisis we face,” alluding to simultaneous global crises in the economy, the environment, public health, and security. She reiterated that in the five weeks before MC12, she stood ready to work with members to find compromises.

“Weekends, nights, whatever it takes,” she said. “Let's get going.” 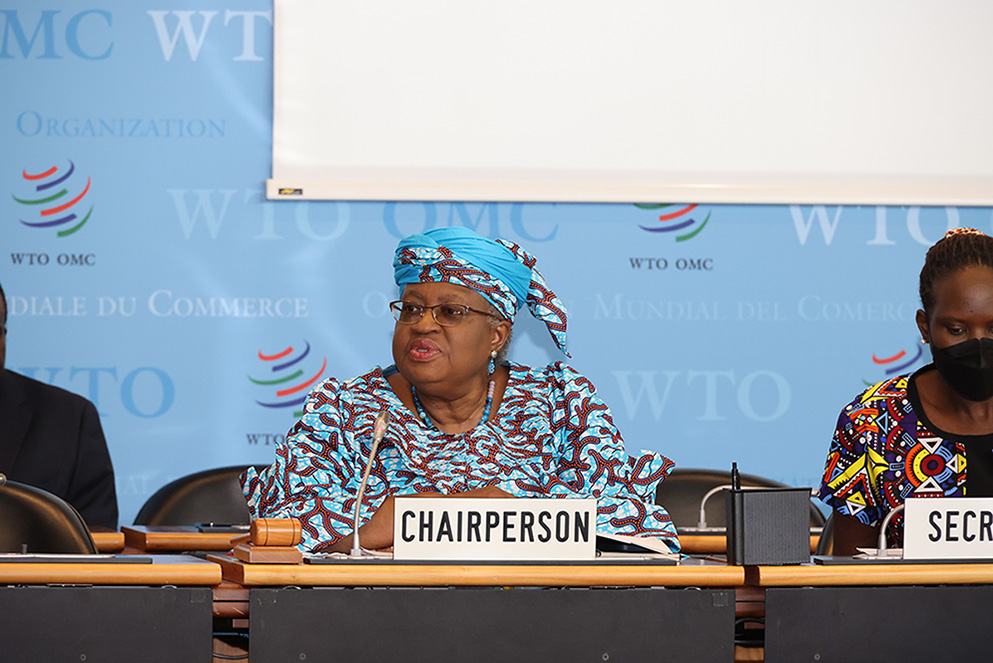