This donation will finance training workshops for officials in Geneva and elsewhere to help them better understand and implement WTO agreements. Since the creation of the fund in 2001, over 2,500 workshops have been organized.

Welcoming this new donation from one of the largest contributors to this fund, DDG Agah said: “This donation from Germany will significantly help officials from developing and least-developed countries acquire the necessary skill-set to participate effectively in multilateral trade negotiations. I welcome Germany's ongoing generosity.”

Ambassador Werner said: “Trade can be an engine for stimulating economic development through job and wealth creation. Germany cooperates closely with developing and least-developed countries in order to help them better integrate into the multilateral trading system and reap the economic gains of global trade.”

Germany is the fourth donor to this fund in 2017. Earlier this year, the fund received contributions from Japan, Lithuania and Austria. Overall, Germany has donated over EUR 24 million (nearly CHF 27 million) to WTO trust funds in over 15 years. 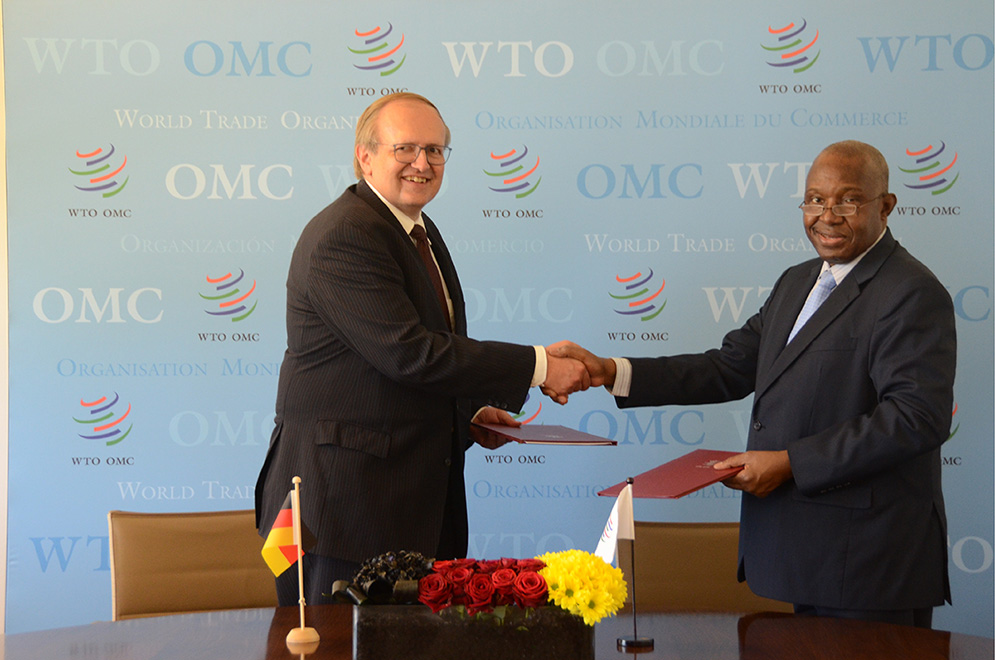