The four Deputy Directors-General are Yonov Frederick Agah of Nigeria, Karl Brauner of Germany, Alan Wolff of the United States and Yi Xiaozhun of China. 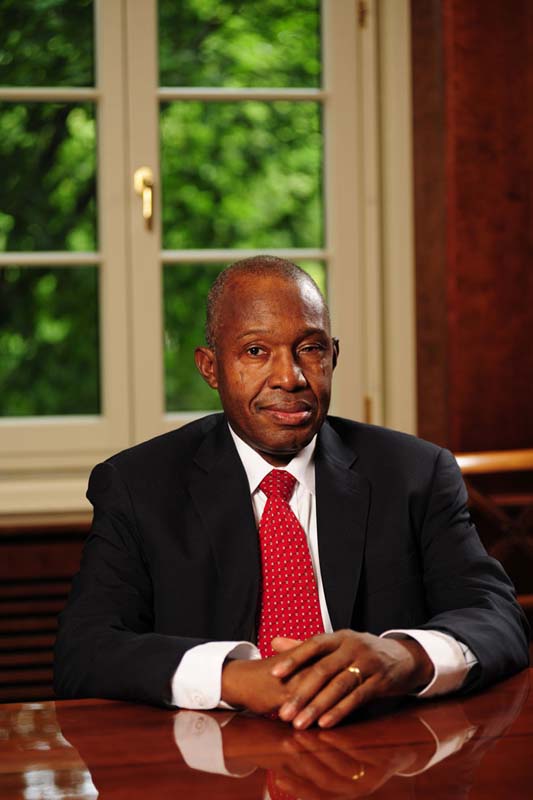 Yonov Frederick Agah began his first term as Deputy Director-General of the WTO on 1 October 2013. He has been reappointed for a second four-year term, starting on 1 October 2017.

Yonov Frederick Agah was appointed as Nigeria’s Ambassador to the WTO in 2005. In that capacity, he served as the Alternate Chief Negotiator for the Doha Round and Head of Nigeria's Trade Office to the WTO in the Permanent Mission of Nigeria to the United Nations Office in Geneva. The Trade Office is responsible for Nigeria’s participation in Geneva-based trade-related international organizations, particularly the UN Conference on Trade and Development, the World Intellectual Property Organisation, the International Trade Centre and the WTO.

Mr Agah holds a Bachelor of Science and Master of Science in Economics from Ahmadu Bello University, Zaria, Nigeria. He obtained a Master of Business Administration and Doctor of Philosophy in Economics (International Trade) from the University of Jos, Nigeria, in 1989 and 2007 respectively. His doctoral dissertation was on “Trade Policy Reform and Economic Growth in Nigeria Since 1986”. Mr Agah also obtained a Bachelor of Laws from the University of Abuja, Nigeria, in 2009. He has contributed to various books and journals. 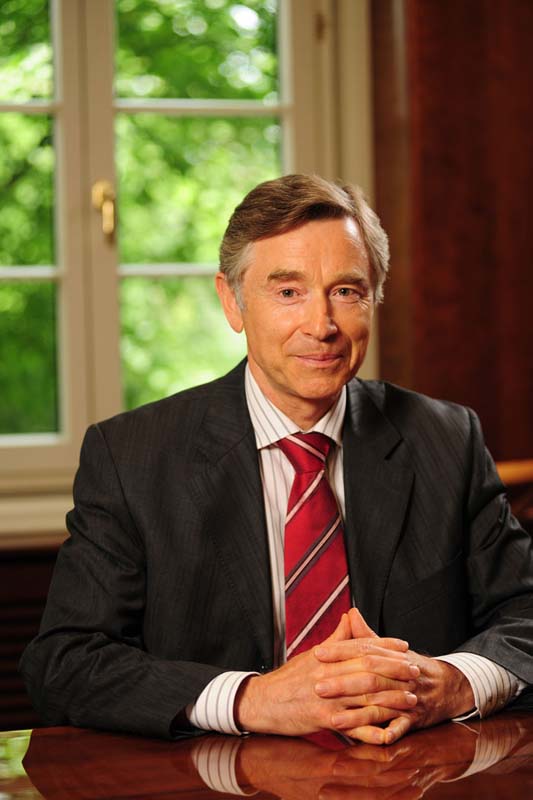 Karl Brauner began his first term as Deputy Director-General of the WTO on 1 October 2013. He has been reappointed for a second four-year term, starting on 1 October 2017.

Prior to joining the WTO, he held the position of Director General for external economic policy in the German Federal Ministry of Economics in Berlin for 12 years. In that role he was responsible for all the instruments of export promotion and was also in charge of export controls. His area of responsibility comprised all of Germany's bilateral economic relations outside the EU.

Regarding EU issues, he served as Germany’s representative in the European Union’s Trade Policy Committee whose role is to determine the EU's trade policy. He has taken part in all WTO ministerial conferences since the launch of the Doha Development Agenda.

He is a lawyer by profession, with degrees from Germany and the United Kingdom (Cambridge). He started his career in the legal department of the Federal Ministry of Economics in Bonn in 1983. In 1986-87, he worked at the German Mission to the United Nations in New York. Further postings abroad were in Athens and Sydney.

Before being put in charge of trade policy in 2001, his responsibilities at the Ministry of Economics in Berlin comprised a range of issues, such as budget, human resources and general administration.

At the WTO, Karl Brauner's  areas of responsibility include the two legal divisions dealing with the WTO's dispute settlement system (Rules and Legal Affairs), the division for administration and general services including budget and finance as well as the human resources division. 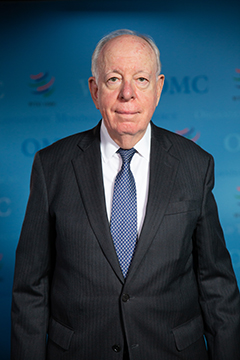 Ambassador Alan Wm. Wolff, formerly Senior Counsel at the global law firm Dentons, is one of the world’s leading international trade lawyers. He has been engaged to resolve some of the largest international trade disputes on record. For the last six years he has served as the Chairman of the National Foreign Trade Council (NFTC) which was called into being by President Wilson in 1914 to support open international trade and which today represents hundreds of American companies who employ millions of workers. He is Chairman of the Board of the Institute for Trade and Commercial Diplomacy (ITCD).

Ambassador Wolff served as United States Deputy Special Representative for Trade Negotiations in the Carter Administration and was General Counsel of the Office in the Ford Administration. He was acting Head of the U.S. Delegation for the Tokyo Round, and a principal draftsman of the basic U.S. law creating a mandate for trade negotiations. As Deputy USTR he was a founder of the OECD Steel Committee and its first chairman. He has served as a senior trade negotiator in, and advisor to, both Republican and Democratic administrations.

Prior to his service at USTR, he served in the U.S. Treasury as staff attorney for the National Advisory Committee on International Monetary and Financial Policy, participating in the work of the OECD Development Assistance Committee, reviewing lending policies in the IMF and the World Bank, and participating in the drafting of the Articles of Agreement of the African Development Fund. He was director of the Treasury’s Office of Multilateral Trade Negotiations.

He is a member of the Advisory Committee of the Peterson Institute for International Economics (PIIE), is a lifetime National Associate of the National Academies, having served several terms on the Science, Technology and Economic Policy Board of the Academies and chairing its Committee on Comparative Innovation Policies. He is a member of the Council on Foreign Relations and the E15 Initiative’s Experts Group (Innovation).

He has lectured and written extensively on trade topics including the need for a strong, open rules-based multilateral trading system.

He holds a J.D. degree from Columbia University and an A.B. degree from Harvard College. He is married to the Rev. Helene N. Wolff, and has three children and six grandchildren. 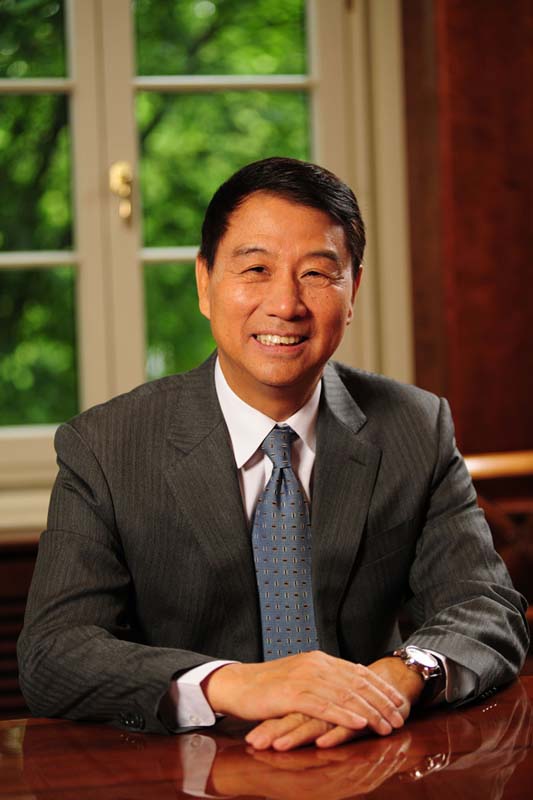 Yi Xiaozhun began his first term as Deputy Director-General of the WTO on 1 October 2013. He has been reappointed for a second four-year term, starting on 1 October 2017.

Yi Xiaozhun has extensive experience in world trade and economics, both as a senior government official and subsequently as China's ambassador to the WTO.

He represented China as a key negotiator in China’s WTO accession process, making an important contribution to the negotiations.

Prior to becoming China's ambassador to the WTO in 2011, Mr Yi was Assistant Minister and subsequently China's Vice Minister of Commerce in charge of multilateral and regional trade negotiations and cooperation. Besides his contribution to China’s WTO accession, he played a leading role in negotiating numerous free trade agreements (FTAs), including the China-ASEAN agreement, China's first FTA, and advanced China's involvement with Asia-Pacific Economic Co-operation (APEC), the Asia-Europe Meeting (ASEM), the United Nations Conference on Trade and Development (UNCTAD), the Organization for Economic Co-operation and Development (OECD), the 10+3 East Asia Summit (EAS) and related high-level meetings. He also worked as a diplomat at the Chinese Embassy in the United States for more than four years from the late 1980s to the early 1990s.

After becoming China’s ambassador to the WTO, Mr Yi was elected as the Chair of the Working Party of the Accession of Lao PDR and showed effective leadership in the process leading to WTO membership for Laos.

Mr Yi obtained a Master's degree in economics from Nankai University in China in 1999.

He is married to Meng Xiaoling and has one daughter.