WTO DIRECTOR-GENERAL: PANEL ON DEFINING THE FUTURE OF TRADE


Frederico Fleury Curado has been President and Chief Executive Office of Embraer S.A. since April 2007. Embraer is the world’s largest manufacturer of commercial jets of up to 120 seats and one of Brazil’s leading exporters.

Mr. Curado began his career in 1984 as a manufacturing engineer at Pratt & Whitney Canada, working on behalf of Embraer. In February 1995, he became an executive officer of the Company, initially in the capacity of Executive Vice President for Planning and Organizational Development, and then as Executive Vice-President for the Airline Market, a position he held from 1998 until his appointment as CEO.

Born in 1961, in Rio de Janeiro, he earned a degree in Mechanical Aeronautical Engineering from ITA — Instituto Tecnológico de Aeronáutica and a M.B.A. from the University of São Paulo. 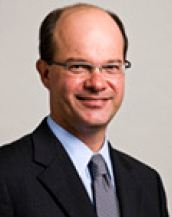