WTO DIRECTOR-GENERAL: PANEL ON DEFINING THE FUTURE OF TRADE

Mehta serves/has served on several policy making bodies of the Government of India, related to trade, environment and consumer affairs, including the National Advisory Committee on International Trade of the Ministry of Commerce and its working groups. He chairs the Advisory Board of the South Asia Network on Trade, Economics and Environment, Kathmandu.

In the past, Mehta has been an NGO Adviser to the Director General, WTO, Geneva, besides serving on the governing boards of the Life Insurance Corporation of India, Mumbai; the International Centre for Trade & Sustainable Development, Geneva and the Consumer Coordination Council, New Delhi.

A prolific writer, gifted speaker, skilled trainer and organiser in the social science field, Mehta has been named as one of the 30 most famous columnists in India by a leading newspaper in India. Over 1100 articles of Mehta have been published in several newspapers and magazines on issues relating to consumerism, competition policy, and trade & economics.

He has written and/or edited several books and monographs such as: Towards a Functional Competition Policy for India; Competition Regimes around the World; WTO and India: An Agenda for Action in Post Doha Scenario; Analyses of the Interaction between Trade and Competition Policy; Multilateralisation of Sovereignty; How to survive as a consumer; Numbers, at what cost. 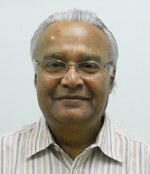