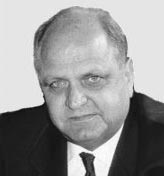 Mike Moore is a former Prime Minister of New Zealand. In a long and distinguished career in politics, Mr. Moore held numerous trade-related portfolios and served in a number of senior political positions:

Trade has been a key interest in Mr. Moore's career. He was the longest serving member of the New Zealand Parliamentary Select Committee on Foreign Affairs and Trade. As Minister of Overseas Trade and Marketing, he led trade missions to Australia, Japan, China, South-East Asia, the Middle East, Western and Central Europe, Russia, South America, Sri Lanka, India, Pakistan and Turkey. Mr. Moore advanced New Zealand's Closer Economic Relations trade treaty with Australia and promoted a trade treaty with vulnerable small South Pacific Island nations who, because of their stage of development, needed special and differential treatment into the New Zealand market.

Mr. Moore has long been an active participant in international discussions on trade liberalisation. As Minister of Overseas Trade and Marketing, he played a leading role in launching the Uruguay Round of GATT negotiations. He was a member the International Eminent Persons Group on World Trade (formed in 1989 to press for a successful outcome to the Uruguay Round, made up of 14 influential political and business leaders from around the world). He attended key WTO meetings including in Punta Del Este (1986), Montreal (1988), Brussels (1990), and Marrakesh (1994).

Mr. Moore has received numerous awards. He was awarded the New Zealand 1990 Commemoration Medal. In 1999, he was awarded New Zealand's highest honour, the Order of New Zealand. In 2000, Lincoln University, New Zealand, conferred upon Mr. Moore an Honorary Doctorate of Commerce. Mr. Moore is a member of the Privy Council.

Mr. Moore is the author of numerous books: “On Balance”, “Beyond Today”, “A Pacific Parliament”, “The Added Value Economy”, “Hard Labour”, “Fighting for New Zealand”, “Children of the Poor”, and the latest, “A Brief History of the Future”, published in September 1998.

Mr. Moore was born in Whakatane, New Zealand, in 1949. After early experience as a printer, meat worker, construction worker, social worker and trade union researcher, Mr. Moore became the youngest member of Parliament ever elected in New Zealand in 1972.