At the Doha Ministerial Conference, in November 2001, Trade Ministers launched the Doha Development Agenda. With this Agenda, WTO members have placed development issues and the interests of developing countries  at the heart of the WTO’s work.

In the Hong Kong Ministerial Declaration of 2005, members emphasized the central importance of development to the Doha Round. At the same time, the Aid for Trade Initiative was launched, designed to help developing countries build supply-side capacity in order to expand trade.

At the Bali Ministerial Conference in December 2013, ministers adopted a number of decisions under the developmental pillar, including those aimed at boosting least-developed countries' trade.

Introduction to the WTO and developing countries back to top

Several provisions in the WTO agreements relate specifically to developing and least-developed countries(LDCs). Certain of these provisions are referred to as “special and differential treatment” provisions The latest WTO document setting out the implementation of these S&D provisions is in WT/COMTD/W/258.

Ministers in Doha, in the Decision on Implementation-Related Issues and Concerns mandated the Committee on Trade and Development to identify those special and differential provisions which are already mandatory, and to consider the implications of making mandatory those which are currently non-binding. The Committee was also asked to consider ways in which developing countries, particularly the LDCs, may be assisted to make best use of special and differential treatment.

The Bali Ministerial Conference in December 2013 established a mechanism to review and analyse the implementation of special and differential treatment provisions. The mechanism will provide members an opportunity to analyse and review all aspects of implementation of S&D provisions contained in multilateral WTO agreements, Ministerial and General Council decisions - with the possibility to make recommendations to the relevant WTO bodies.

> More on special and differential provisions

Least-developed countries in the WTO

Least-developed countries (LDCs) are the poorest members of the world community. Among the 47 LDCs designated by the United Nations, 36 have become WTO members while another eight LDCs are at different stages of negotiations to join the WTO (see list).

WTO agreements include provisions aimed at increasing LDCs trade opportunities and allowing LDCs flexibility in implementing WTO rules. The Sub-Committee on LDCs looks at systemic issues of interest to LDCs in the multilateral trading system, based on an agreed Work Programme for the LDCs.

LDCs enjoy particular attention in the WTO. Special provisions are continuously being considered to assist them in their development efforts. Most recently, the WTO Ministerial Conferences held in Bali in 2013 and in Nairobi in 2015 adopted several decisions in favour of LDCs to assist their better integration into the multilateral trading system. Decisions on duty-free and quota-free market access, preferential rules of origin and the LDC services waiver constituted important steps forward in further improving preferential market access for goods and services originating from LDCs. In addition, decisions on cotton provided for enhanced transparency and monitoring of trade-related as well as development assistance aspects of cotton.

The CTD also has a subsidiary body, the Sub-Committee on Least-Developed countries, to deal specifically with matters concerning the LDCs

Since the launching of the Doha Round in November 2001, trade and development issues related to special and differential treatment have been negotiated in the CTD meeting in Special Session.

Helping developing countries participate more fully in the global trading system is one of the aims of the WTO.

The Aid for Trade initiative helps developing countries improve their capacity to take advantage of the opportunities offered by the multilateral trading system.

The WTO also supports the Enhanced Integrated Framework  the Aid for Trade programme for LDCs.

Events on trade and development

The WTO regularly organizes a number of special events relating to issues of particular importance to developing countries each year. 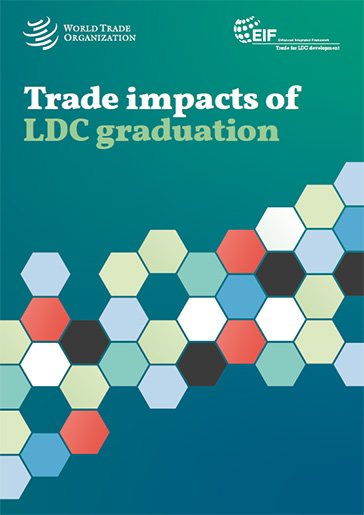 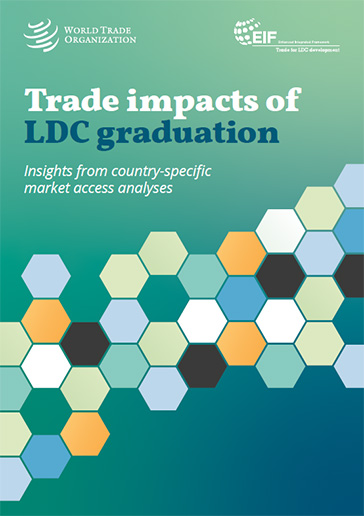 Research on trade and natural disasters