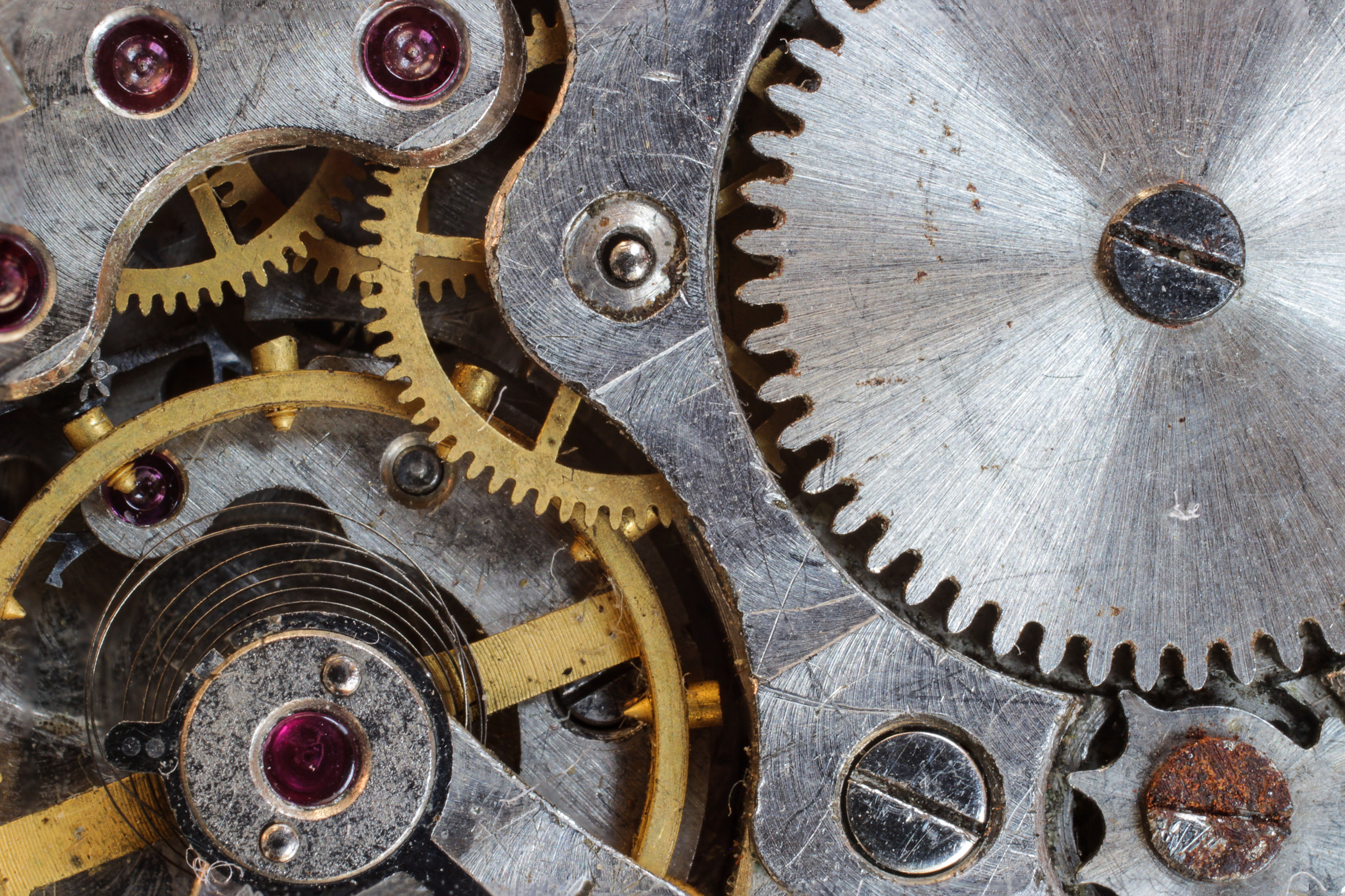 This thematic session will explore the latest progresses made by Members in their domestic regulatory frameworks and on the mechanisms of GRP adopted that contribute to the improved and effective implementation of the TBT Agreement.

It will also explore the latest developments on the inclusion of GRP and regulatory cooperation provisions in trade agreements. As many Members have such provisions in their trade engagements, this session will be an opportunity to better understand these provisions as well as their anticipated and actual results.

Undersecretary of Regulatory Analysis and Simplification, Public Management Secretariat
Presidency of the Council of Ministers
Peru

First Secretary and Consul, Australian Permanent Mission to the WTO 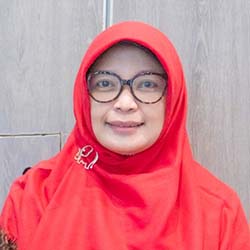 Anisyah serves as Director of Processed Food Standardization at Indonesian Food and Drug Authority (Indonesian FDA).She is responsible for carrying out the assessment and establishment of processed food safety standards, procedures, and criteria, as well as harmonization of international and regional food safety standards and is actively engaging relevant stakeholders in the process. 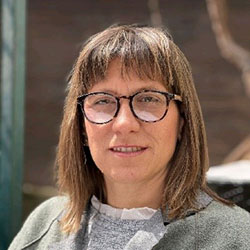 Katja Modric Skrabalo is a Policy Officer in Regulatory Cooperation and Public Procurement unit at Directorate General for Trade of the European Commission. Ms Modric Skrabalo is the focal point for GRP and transparency issues in free trade agreements. She previously held positions in the Directorate General for Industry, Entrepreneurship and SMEs and in the Croatian public administration as well as in the private sector, as lawyer and negotiator. 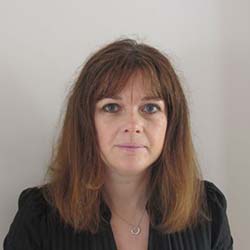 Kate Maxwell is Assistant Director and Head of Good Regulatory Practice and SME Trade Policy, having joined the newly created Department of International Trade (DIT) in November 2016. She has developed the UKs GRP trade policy, and has led the UKs negotiations on the GRP chapter of the UKs new Free Trade Agreements.

Kate joined DIT from the Department of Business, Energy and Industrial Strategy, where, as Head of the EU and International team in the Better Regulation Executive, she was instrumental in promoting better regulation to other Member States and the European Commission. She previously worked in the Department for Digital, Culture, Media and Sport where, among other roles, she was part of the UK negotiating team for the EU Audiovisual Media Services Directive, and subsequently led the Government Olympic Executive Secretariat for the London 2012 Olympics. Kate received a BA (Hons) in European History, and an MA in Classical Civilisations from the University of London. 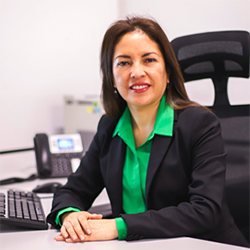 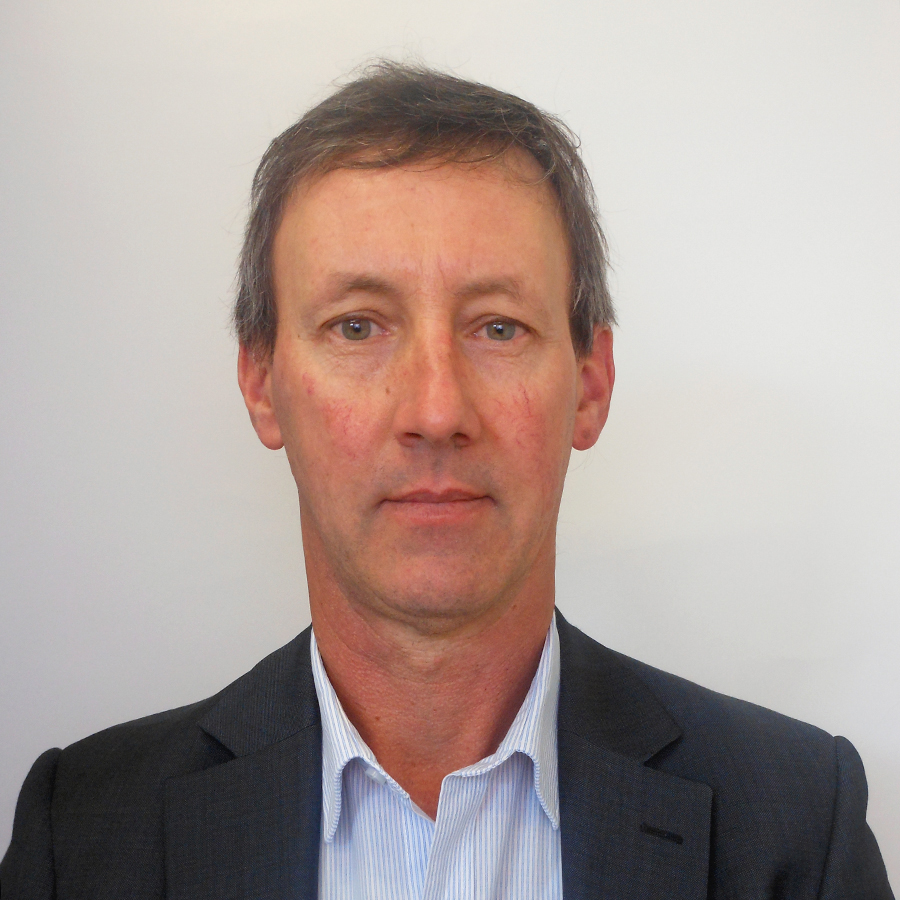 Don Spedding is First Secretary and Consul at the Australian Permanent Mission to the WTO in Geneva. His portfolio includes the Council for Trade in Goods and several of its subsidiary bodies including the Technical Barriers to Trade Committee. In his previous roles in Australias Department of Foreign Affairs and Trade his responsibilities have included free trade agreement policy, negotiation, implementation and review. Prior to joining Australias Department of Foreign Affairs and Trade in 2013 he worked across several Australian government agencies including the Australian Bureau of Statistics. He has a degree in Business Studies. 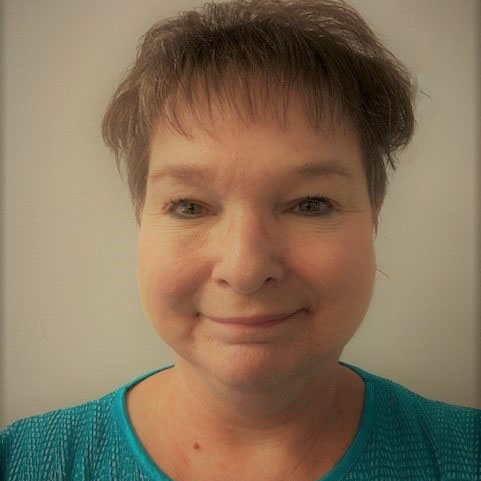 Renee Hancher is Director, Regulatory Policies in the Office of WTO and Multilateral Affairs at the Office of the United States Trade Representative (USTR). Ms. Hancher is the USTR lead on Good Regulatory Practices (GRP) and covers GRP, transparency, and regulatory cooperation matters in trade agreements and negotiations. She is active in GRP work internationally, including transparency work in the WTO TBT Committee, the Sub-Committee on Standards and Conformance in APEC, and the Organization for Economic Cooperation and Development. Ms. Hancher previously held international trade positions at the U.S. Department of Commerce, and in the private sector at an industry trade association. 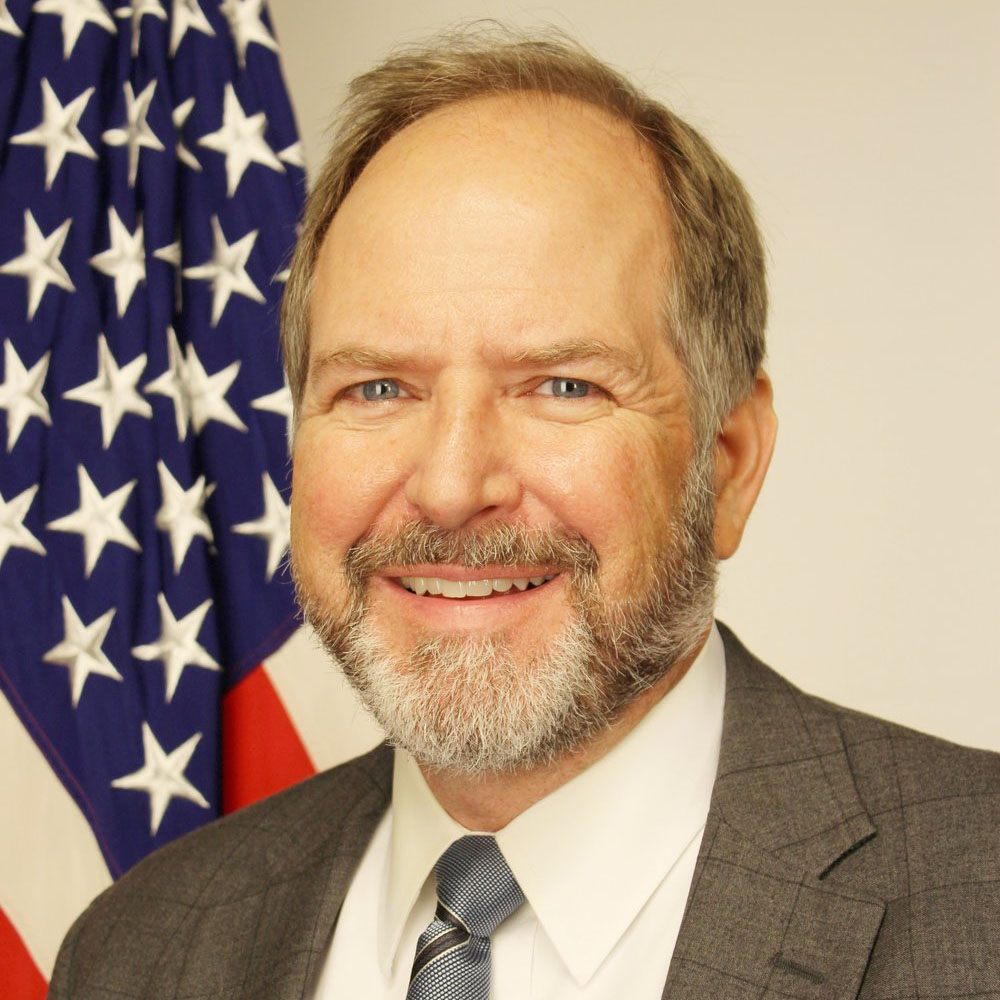 Alex Hunt has been chief of the Information Policy Branch in the Office of Information and Regulatory Affairs (OIRA) since 2008. Alexs branch reviews regulations, guidance documents, and information collections for the Departments of Defense, Education, and the Treasury, and oversees the eRulemaking Program and policies relating to the use of voluntary consensus standards. Alex also helps lead the U.S. governments international regulatory cooperation activitiesserving as the U.S. delegate to the OECD Regulatory Policy Committee from 2008 until 2020 and the APEC Economic Committee since 2012and he has made presentations on good regulatory practices in over 25 countries. Prior to joining OIRA in 1996, Alex was a Research Associate at the Center for Strategic and International Studies. He received a bachelors degree in international relations with honors from Occidental College and a Master of Public Administration from Columbia Universitys School of International and Public Affairs, where he was also an International Fellow. 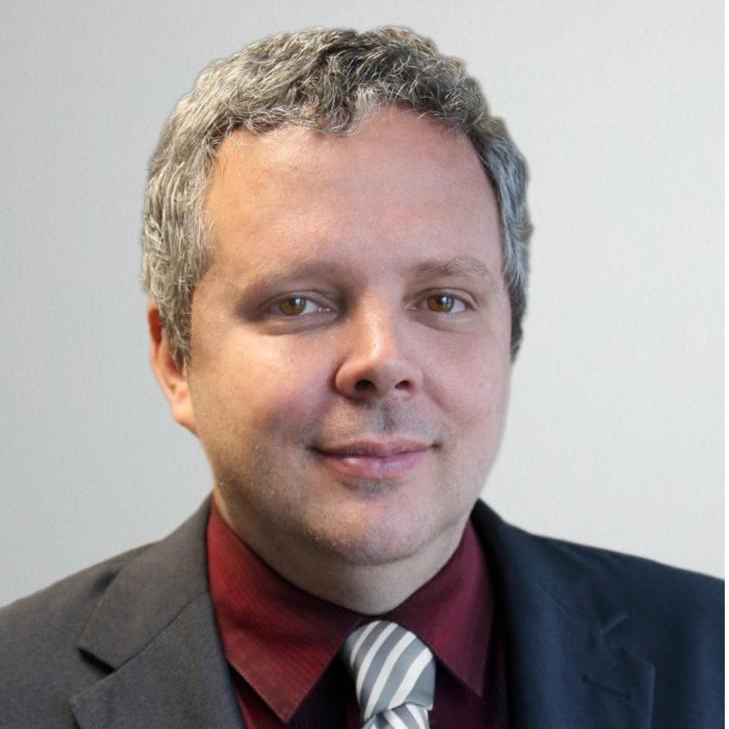 Marcos Heleno Guerson is the President of the National Institute of Metrology, Quality, and Technology (Inmetro), a federal agency linked with the Ministry of Economy. He is a fortification and construction engineer with a master's degree in transportation engineering from the Instituto Militar de Engenharia and an MBA in corporate governance from FGV. He acted as Engineering Professor at Academia Militar das Agulhas Negras (AMAN) in the areas of Construction Structure, Construction Planning, Roads, Environment, and Facilities. Researcher and guest instructor at the US Army Corps of Engineers and the Colombian Army School of Military Engineers. He served as Director of Regulatory Policies at the Secretariat for Regulation and Supervision of Higher Education (SERES/MEC) and as Director of the Department of Environmental Determinants of the Special Secretariat for Indigenous Health of the Ministry of Health, where he carried out the management of sanitation work. Guerson has outstanding competence and expertise in strategic planning, budget management, negotiation, team leadership, decision-making, program, portfolio, and project management. 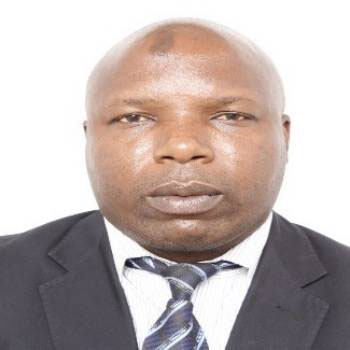 Moses Ngosa has served as Trade and Investment Promotion Officer in the Ministry of Commerce, Trade and Industry, in Zambia since 2011. He is the current Chairperson of SADC Technical Regulations Liaison Committee mandated to promote harmonization of technical regulations as per SADC TBT Annex aimed at promoting regional integration. He holds a Master of Philosophy (MPhil) in Industrial Policy from the University of Johannesburg, and a Bachelor of Science in Production Management from the Copperbelt University. 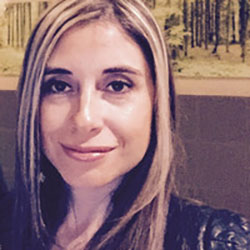 Since 2014, Adviser of Regulatory Affairs Division, Undersecretary of International Economic Affairs, Ministry of Foreign Affairs. Which implies to oversee the areas of technical barriers to trade, sanitary and phytosanitary measures, and good regulatory practices in the field of international trade. I am working with the following sectors: pharmaceutical, cosmetics, food, wine and spirits, electrical products, environment, medical devices, disinfectant products, among others. In addition, on several occasions I have been Chile's representative to the OECD at Regulatory Policy Committee (RPC) meetings. I have a strong relationship with many governmental institutions in Chile. I have been Chile's representative of Ibero American and the Caribbean Network of Regulatory Improvement. 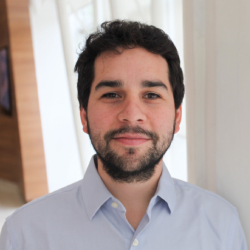 Alberto is a Policy Analyst in the Regulatory Policy Division. He works on international regulatory co-operation (IRC) and regulatory delivery.
His work focuses on mainstreaming international regulatory co-operation into regulatory policy tools such as regulatory impact assessment, stakeholder engagement and regulatory enforcement. He also works on efforts to reform oversight and enforcement systems by introducing/enhancing risk considerations.
Previously, he worked in a team with a regional focus on Latin America, in subjects including regulatory impact assessment, governance of regulators and administrative simplification. Prior to joining the OECD, he worked in financial risk analysis.
Alberto holds a Master of Public Administration from Columbia University and a BSc in Economics from ITESM, Mexico. 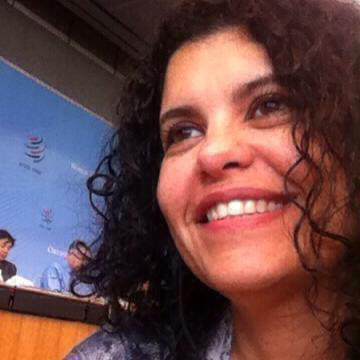 Juliana Ghizzi Pires is a Foreign Trade Analyst and currently serves as Coordinator-General of Regulatory Convergence and Export Barriers at the Foreign Trade Secretariat  Ministry of Economy of Brazil, working on regulatory issues, especially technical barriers to trade and good regulatory practices, in multilateral, regional and bilateral negotiations and fora. She holds Bachelor and MsC degrees in International Relations, focused in International Trade.