Trade can play an important role in driving women's economic empowerment. The WTO therefore seeks to build a more inclusive trading system that will allow more women to participate in trade and to reap the economic benefits of global trading.

Video: Women in Leadership: Achieving an Equal Future in a COVID-19 World 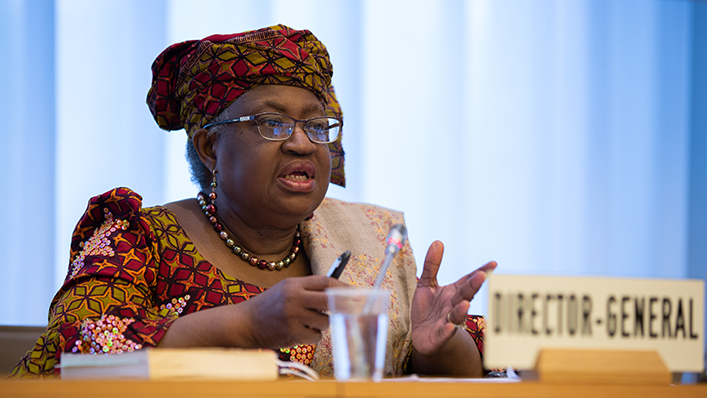 Women in Leadership: Achieving an Equal Future in a COVID-19 World 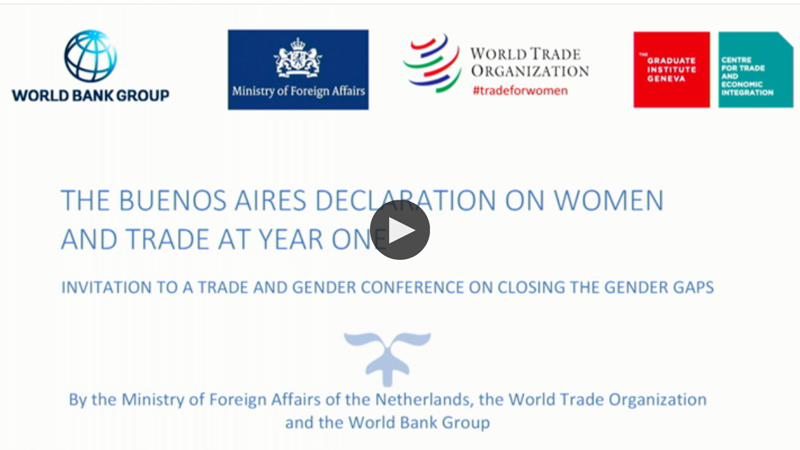 The Buenos Aires Declaraion on women and trade at year one: Conference report

Sessions on gender have been held at every WTO Public Forum since 2001. In addition, the WTO regularly marks International Women's Day.

Economic evidence shows that giving women the same opportunities as men improves a country's competitiveness and productivity, which in turn has a positive impact on economic growth and poverty reduction. Globally, the elimination of all forms of discrimination against women could raise per capita productivity by 40 per cent, according to the World Bank (Doing Business Report, 2017).

For the first time in the history of the World Trade Organization, WTO members and observers have endorsed a collective initiative to increase the participation of women in trade. In order to help women reach their full potential in the world economy, 121 WTO members and observers agreed to support the Buenos Aires Declaration on Trade and Women’s Economic Empowerment, which seeks to remove barriers to, and foster, women’s economic empowerment.

At the launch of the Declaration on 12 December 2017, Director-General Roberto Azevêdo stated that this declaration “provides guidance from the members to the WTO for the way forward and the WTO will play its full part. It will be a vital element in the WTO's work to make trade more inclusive.” 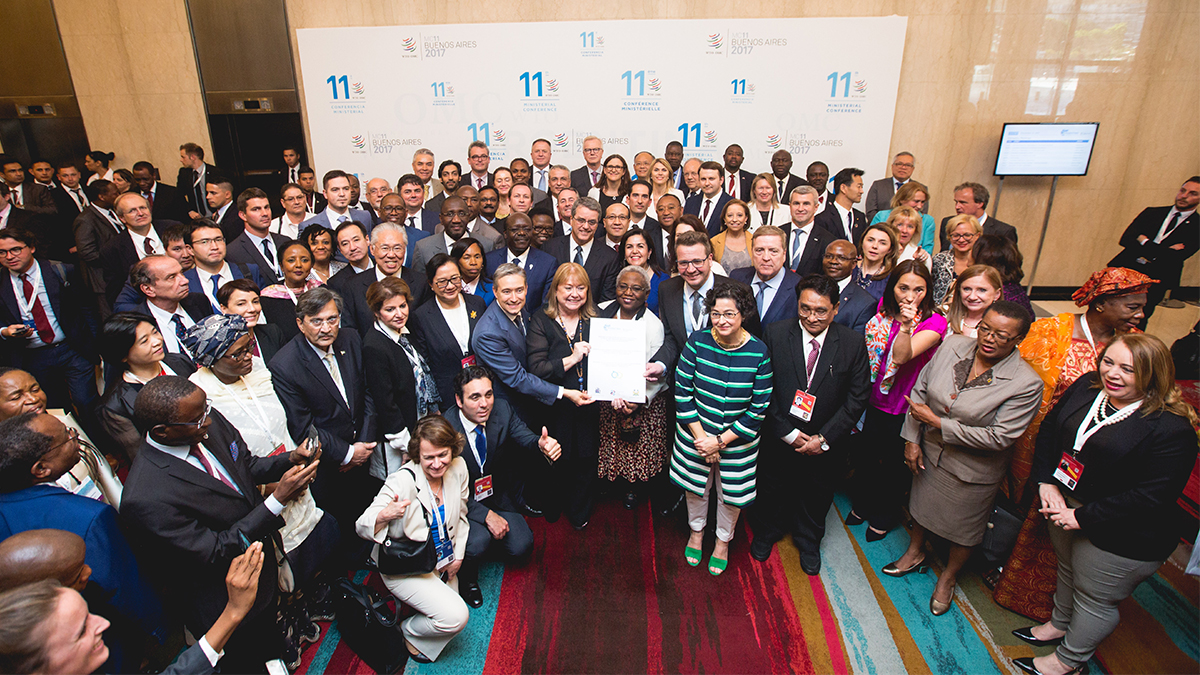 In June 2017, the WTO nominated for the first time a Trade and Gender Focal Point (trade-gender@wto.org) tasked with coordinating work among divisions, taking stock of what the WTO is doing, and considering opportunities for further work and new initiatives.

The WTO will frame and structure its actions based on four objectives: 1) raising awareness on the link between trade and gender; 2) facilitating WTO members' action on trade and gender; 3) generating new data on the impact of trade on women; 4) providing training to government officials and to women entrepreneurs.

The WTO's Technical Assistance plan 2018-2019 includes a section on gender providing a mandate for the WTO to develop a training module on trade and gender. The objective of the module is to focus “on trade policy with the aim to raise awareness and enhance the aptitude of policy makers to incorporate gender considerations in their analysis and trade policy development or negotiations”.

WTO members have been using their Trade Policy Reviews to highlight policy developments that contribute to gender equality.

The WTO is partnering with the World Bank to generate new data and promote better understanding of the link between trade and gender. The objective is to release a detailed report at the Aid for Trade Global Review in 2019.

The WTO is planning to create a women entrepreneurs' programme to provide women with specific tools and information on how to use trade for their economic development.

Empowering women through Aid for Trade

The final report of the Aid for Trade Task Force, created in 2006, provides a clear mandate for gender equality to be included in the Aid for Trade initiative: “Aid for trade should be rendered in a coherent manner taking full account … of the gender perspective and of the overall goal of sustainable development … Donors and partner countries jointly commit to the harmonization of efforts on cross-cutting issues, such as gender.”

Subsequent Aid for Trade global reviews have highlighted a broad range of areas in which Aid for Trade has had a positive impact on women's economic empowerment.

The United Nations' 2030 Agenda for Sustainable Development sets a series of targets for the global community to reach by 2030, including on gender empowerment. The WTO is playing an active role in helping to meet the targets in the 2030 Agenda, including Sustainable Development Goal 5 on achieving gender equality and empowering all women and girls. 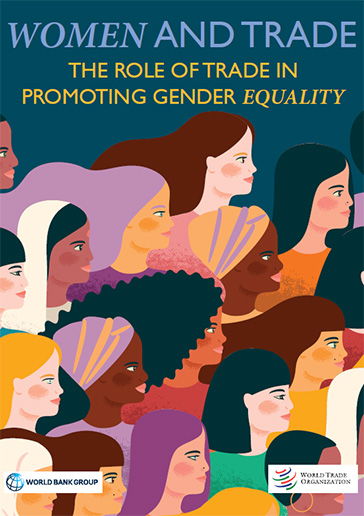