"If we can ensure that government procurement systems work well, then we can unlock opportunities for people around the world," he declared. "This can have a direct impact on economic wellbeing, helping promote growth, development and job creation." The DG's remarks to the workshop are available here.

Participants at the workshop looked at how trade instruments, including the WTO's Government Procurement Agreement (GPA), can be used to promote competition and good governance and how they can contribute to combatting corruption in government procurement markets. They also examined how competition policy instruments can contribute to the efficient functioning of government procurement markets, including in deterring supplier collusion.

In addition, the participants addressed the role of effective institutions and related domestic review systems in promoting transparency, predictability and the efficient functioning of government procurement markets as well as synergies and complementarities between the GPA and tools from other international organisations in this area.

Robert Anderson, Counsellor and Team Leader for Government Procurement and Competition Policy at the WTO, said that trade and good governance are mutually supportive.  He noted that the Revised GPA which came into force in 2014 broke new ground on this and is globally recognized as a good governance instrument, in addition to being a market access tool.

Professor Steven Schooner of George Washington University's Law School highlighted the "dramatically significant role" the GPA has taken on since it was concluded nearly a quarter of a century ago, and particularly following the coming into force of the updated text of the Agreement in 2014.

"Today around the world most public procurement officials understand the GPA as the single best articulation not only of common rules but of shared lessons learned among the international procurement community," he said.

Professor Sue Arrowsmith of The University of Nottingham, a leading European authority on public procurement issues, made several detailed presentations, particularly on the role, design and operation of domestic review systems.

More information about the GPA can be found here and here. 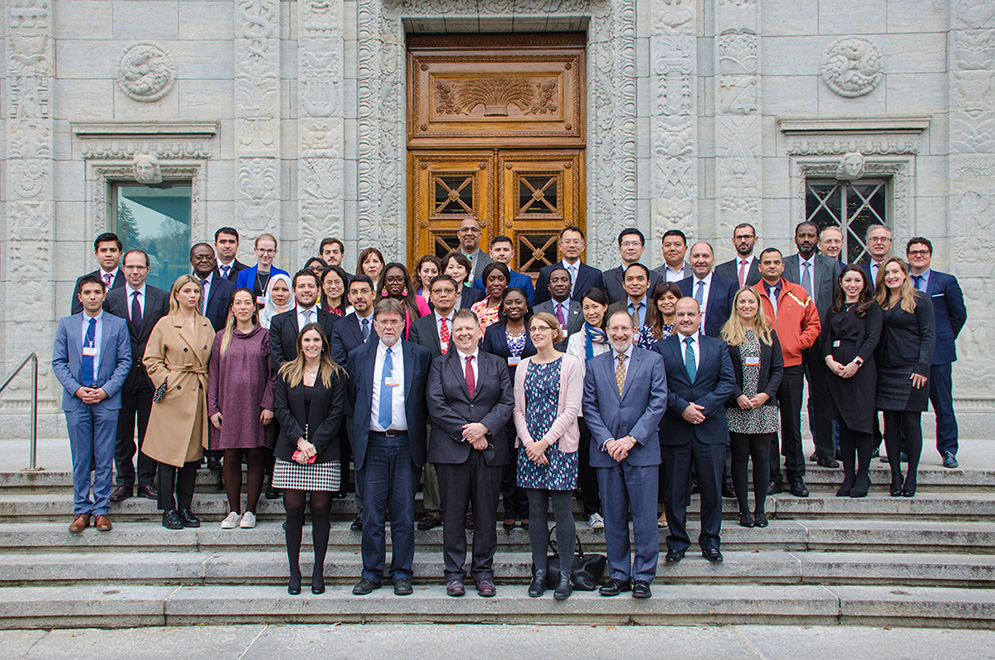