“I believe the discussions today have been useful and substantive. The challenge now is to stay focused and consistently engaged. Although the basic ingredients seem to be in place now, we cannot afford to become complacent. The Government of Belarus is invited to continue to adhere to the targets set by the Working Party regarding the submission of technical inputs. Proactive and sustained high-level political engagement will also continue to be central to the process,” said Ambassador Kemal Madenoğlu (Turkey), Chairperson of the Working Party.

H.E. Mr Andrei Yeudachenka, First Deputy Minister of Foreign Affairs of Belarus, led a 40-person delegation in Geneva which included deputy ministers of the ministries of Economy, Health, Agriculture and Food, Industry, Anti-monopoly Regulation and Trade, and Finance, high-level officials of various government agencies as well as the chief negotiator for the WTO accession of Belarus, Ambassador Vladimir Serpikov. “The presence of this impressive team sends a very strong signal about the importance that the Government of Belarus attaches to the WTO accession,” the Chairperson said.

Mr Yeudachenka thanked WTO members for their constructive engagement both on the multilateral and bilateral tracks and emphasized the importance of upcoming negotiations in the second half of 2017 and in 2018. Belarus said that it intends to complete bilateral talks with some members before or at the WTO Ministerial Conference in Buenos Aires.

The Chairman briefed members on the plurilateral meeting on agriculture – the first such meeting in over 10 years - which took place the day before the meeting of the Working Party with the objective of reviewing agriculture subsidy measures in Belarus. The Chairman said that the documentation presented by Belarus for the above-mentioned period appeared to be technically advanced.

The trade regime of Belarus was reviewed based on inputs provided by Minsk and on the draft report of the Working Party prepared by the WTO Secretariat.

Belarus reported that overall 14 bilateral market access agreements have been concluded – four of them since the resumption of the Working Party process in January this year. It also reported the intensification of bilateral contacts over the coming months and its intention to engage bilaterally with interested members on the margins of the WTO Ministerial Conference in Buenos Aires.

“I believe the 11th Ministerial Conference will provide an excellent opportunity to take stock of our progress at the level of ministers and to discuss the next steps with the view to advance Belarus' accession,” Mr Yeudachenka said.

The Chairperson urged all parties concerned to continue to work in this area “on a priority basis – expeditiously and constructively”. He added: “I hope that we will have positive developments to report when we review the state of play at the next meeting of the Working Party.” 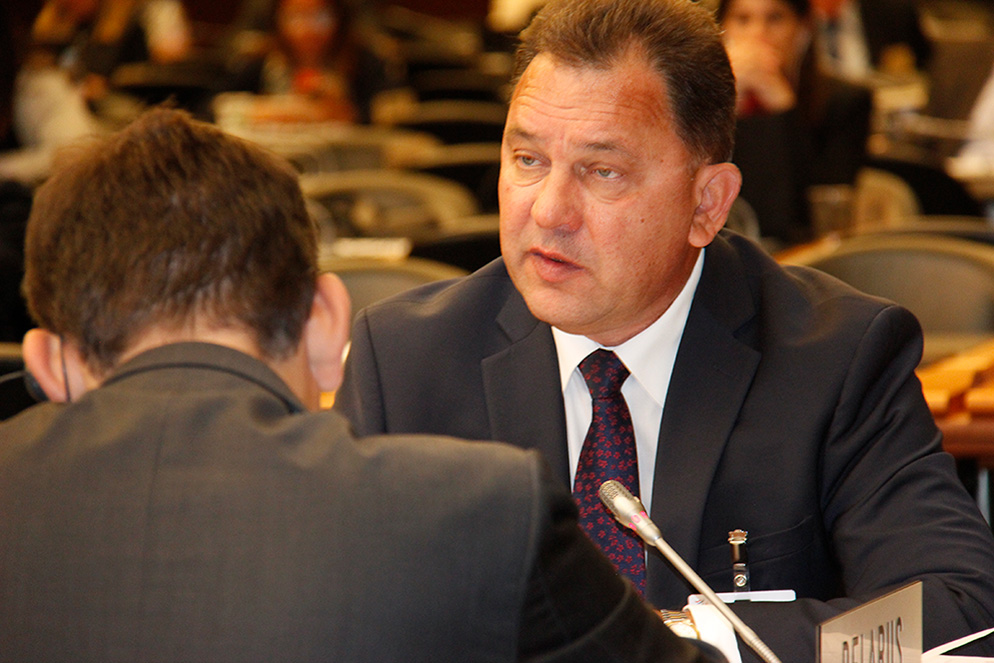