The panel said WTO members have made encouraging progress in implementing the TFA. This is evident through the high number of ratifications of the Agreement by members and the notifications submitted by developing countries outlining the timetables envisaged for implementing the TFA, based on their respective capacities. The panel noted that 136 WTO members have ratified the Agreement, representing 83% of the membership. "The progress made is encouraging and it is heartening to see that WTO members seem keen to implement the TFA to support economic growth and poverty alleviation," said Nora Neufeld, Secretary to the WTO Committee on Trade Facilitation, speaking at the event. More detail on TFA implementation is available here.

The TFA establishes procedures to ease world trade among WTO members. It is estimated that when fully implemented, the TFA will reduce trade costs by an average of 14% worldwide, with the poorest countries benefitting the most.

The event highlighted that cooperation among international organizations, including the G20, the OECD and the WTO, will be key to monitoring progress among countries in implementing the TFA and identifying areas which could be improved. It was suggested that further progress to ease international trade will be contingent upon enhanced cooperation with the private sector and improved coordination of border agencies. It was also mentioned that the international community has a key role to play in helping women overcome barriers to doing business, as many small and medium-sized enterprises are women-owned.

In his opening speech at the event, OECD Secretary-General Angel Gurría called on international organizations to pool their expertise into this project. He said: "International trade can contribute to more inclusive and sustainable growth. And trade facilitation is a key part of this effort. The TFA shows that multilateralism can work, and the Trade Facilitation Indicators show that it is working. Let’s put our minds together to make global trade work for all. Getting this equation right is crucial to deactivate protectionism, improve productivity and reduce inequalities." 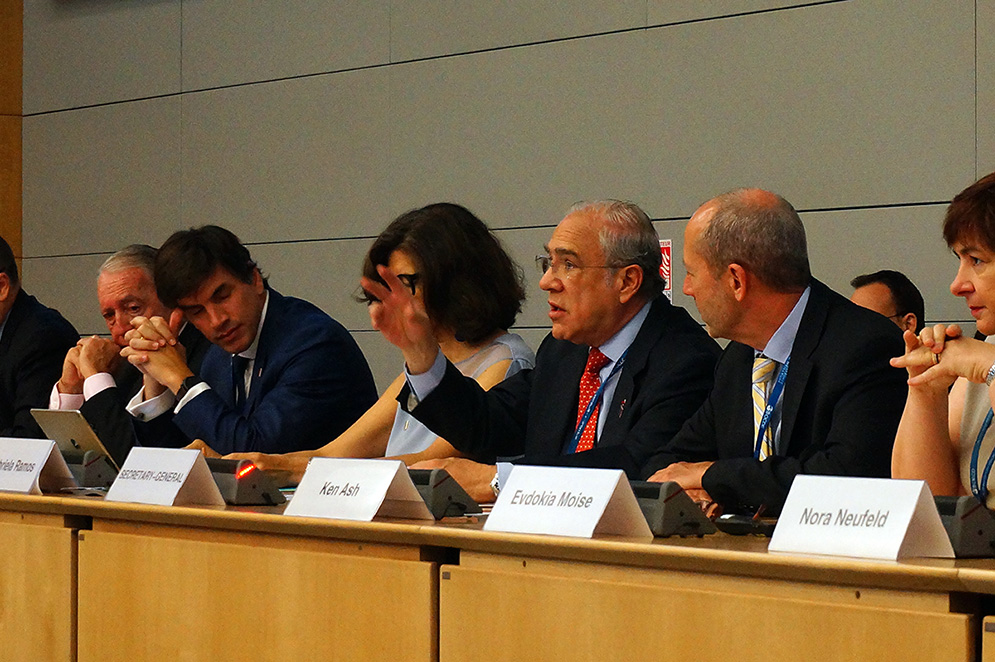