Most of the WTO agreements are the result of the 1986–94 Uruguay Round negotiations, signed at the Marrakesh ministerial meeting in April 1994. There are about 60 agreements and decisions totalling 550 pages.

Negotiations since then have produced additional legal texts such as the Information Technology Agreement, services and accession protocols. New negotiations were launched at the Doha Ministerial Conference in November 2001.

The texts reproduced here do not have the legal standing of the original documents which are entrusted and kept at the WTO Secretariat in Geneva.

Special and differential provisions in the legal texts:

Buy from the online bookshop

The Uruguay Round agreements

The “Final Act” signed in Marrakesh in 1994 is like a cover note. Everything else is attached to this. Foremost is the Agreement Establishing the WTO (or the WTO Agreement), which serves as an umbrella agreement. Annexed are the agreements on goods, services and intellectual property, dispute settlement, trade policy review mechanism and the plurilateral agreements. The schedules of commitments also form part of the Uruguay Round agreements.

Annex 1A  Multilateral Agreements on Trade in Goods

Annex 1B  General Agreement on Trade in Services (GATS)

Uruguay Round ministerial decisions and declarations

Declarations adopted by the Trade Negotiations Committee on 15 December 1993

Understanding on Commitments in Financial Services

The original agreement dealing with trade in goods, now incorporated into GATT 1994 (see above) Explanations

These are additional agreements negotiated after the Uruguay Round and attached to the General Agreement on Trade in Services. There is no "First Protocol". The related schedules of commitments can be ordered from the online bookshop.

These are the negotiated terms of membership for countries joining the WTO after it was created on 1 January 1995. They include each new member's schedules of commitments.

These schedules contain the commitments made by individual WTO members allowing specific foreign products or service-providers access to their markets. The schedules are integral parts of the agreements. In the print version these schedules comprise about 30,000 pages for all WTO Members.

For goods in general: binding commitments on tariffs. For agriculture: tariffs, combinations of tariffs and quotas, export subsidies and some types of domestic support.

Binding commitments on how much access foreign service providers are allowed for specific sectors. Includes lists types of services where individual countries say they are not applying the "most-favoured-nation" principle of non-discrimination. 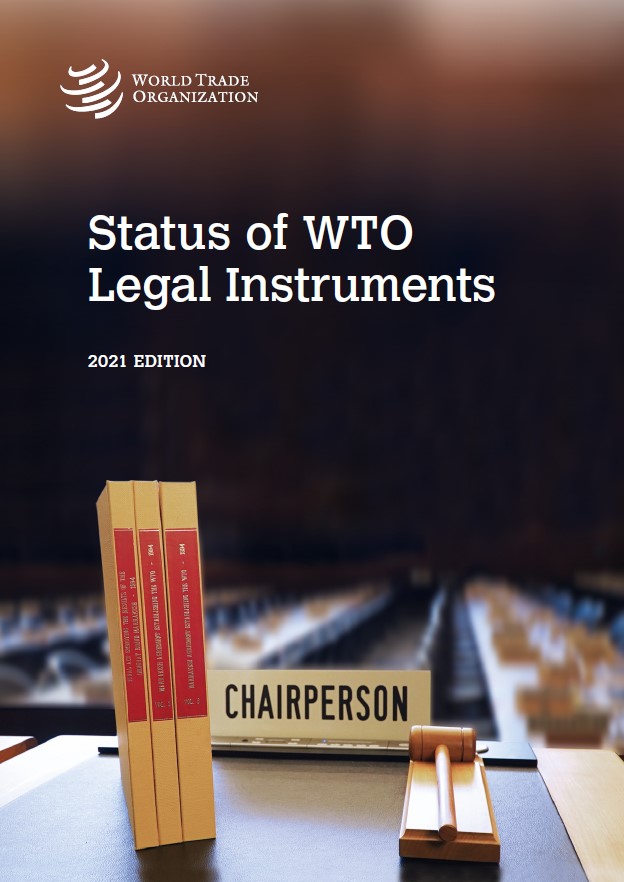