A new formula to facilitate negotiated outcomes at the WTO

Exhausted government officials will not have much time to recover from the long days and late nights of the World Trade Organization's (WTO) 12th Ministerial Conference (MC12). From WTO reform to fisheries subsidies, from intellectual property to agriculture and more, a full plate awaits their attention. It will not be easy. Even in the context of a successful ministerial gathering, it is evident that finding pragmatic and constructive ways to move trade negotiations forward is critical for the WTO to remain a relevant forum for trade cooperation. As delegates gear up to get back to the negotiating table, they now have an additional tool in their toolbox. It comes in the form of an “opt-out” formula. Incorporated in footnote 1 of the ministerial decision on intellectual property and COVID-19 vaccines, the opt-out formula can prove useful beyond the case in point to help revamp the WTO negotiating function in more ways than one. This, provided WTO members are ready to make use of it. 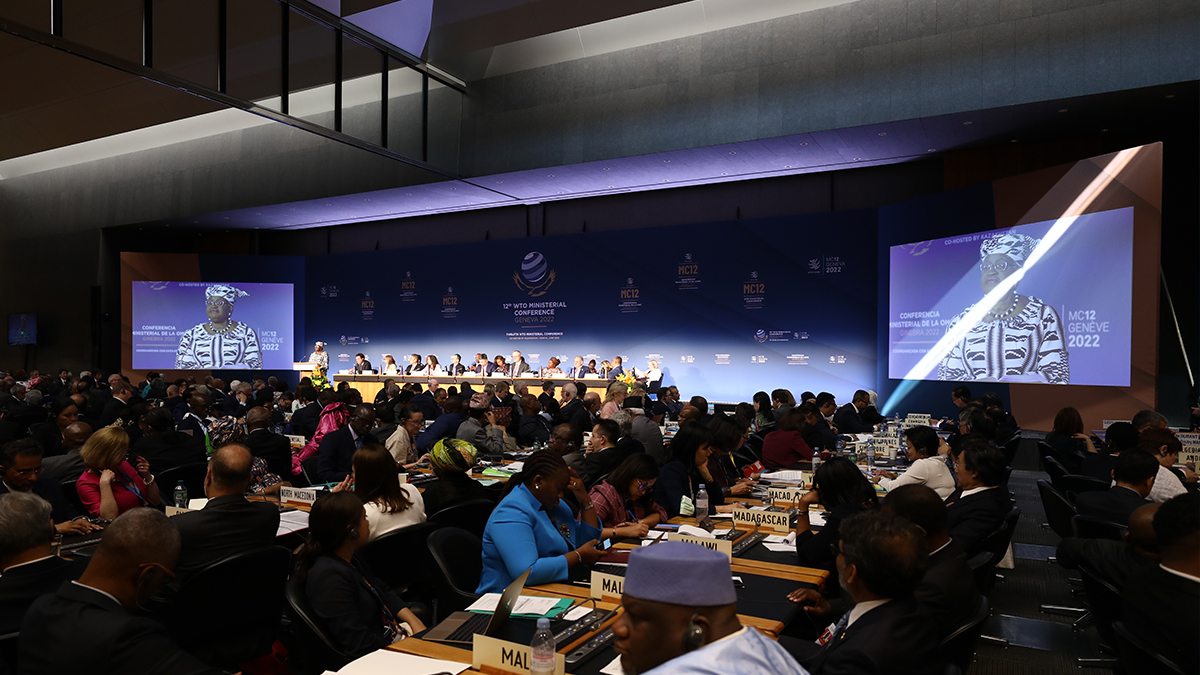 The MC12 ministerial decision on COVID-19 vaccines contains an inconspicuous footnote — footnote 1 — the purpose of which is to define which countries may benefit from the flexibilities included in the intellectual property deal. According to its text, while all developing countries are eligible, those with existing capacity to manufacture COVID-19 vaccines are encouraged to make a binding commitment not to avail themselves of the decision. China did so in a statement to the WTO General Council on May 10. Such binding commitments are to be recorded and compiled and published on the WTO website.

In defining eligibility, footnote 1 sidesteps theoretical arguments on whether a particular WTO member is developing or not, focusing instead on a country's actual capabilities determinant of whether it should assume full commitments in the context of a particular negotiation. It does so by devising an opt-out mechanism that could serve as a blueprint for dealing with what has proven to be a thorny issue in the WTO: the adoption of increased responsibilities by emerging markets in the multilateral trading system, on par with advanced countries. Importantly, footnote 1 was negotiated jointly by China and the United States and breaks new ground in accommodating the interests and sensibilities of both sides.

The opt-out technique can also work to facilitate WTO outcomes in a different way, namely by allowing parties to a specific multilateral deal to stay out if they cannot or are not ready to join a particular outcome at the time. Members deciding to opt out of an agreement could eventually benefit from its provisions and be bound by them, if and when they decide to join the deal in question. The opt out technique would bring additional flexibility to the WTO negotiating function by allowing the bulk of the membership to move forward multilaterally to develop new norms, while recognizing different preferences among members. While new in the WTO, the European Union's enhanced cooperation scheme, the Asia Pacific Economic Cooperation (APEC) pathfinder initiatives, and the Association of South East Asian Nations (ASEAN) “minus X” formula are mechanisms used elsewhere to achieve similar objectives.

It should not come as a surprise that negotiating binding trade rules and disciplines among 164 WTO members of vastly different sizes and with different priorities, interests and needs is very challenging. This is even more so in a context where decision-making requires consensus, which is why governments have long been searching for ways to bring greater flexibility to negotiations in the WTO. Important progress was made with the adoption in 2013 of the Trade Facilitation Agreement, which allows individual countries to self-determine their own implementation timetable. Negotiations among a subset of interested members in the form of plurilateral deals, such as the ongoing discussions on investment facilitation and e-commerce, provide an alternative way of making progress, though it is still to be defined how to incorporate the outcomes of such plurilateral initiatives into the WTO framework.

In finding alternative ways to make progress, the MC12 opt-out technique provides a pragmatic way of facilitating adoption by emerging markets of increased responsibilities in the system, while allowing the WTO membership to make progress in rule-making, secure mutual trade liberalization or simply start a conversation in areas where not all members are ready to make progress. It is up to WTO members to make use of it.