The WTO’s Committee on Government Procurement agreed to invite Ukraine to join the GPA based on the terms set out in a draft decision circulated to Parties on 9 October. Ukraine will formally accede to the GPA 30 days after it has deposited its instrument of accession with the WTO.

Maxim Nefyodov, Ukraine’s Deputy Minister of the Economy and Trade, told the committee that participation in the GPA would help Ukraine strengthen good governance in the area of public procurement, assist in its fight against corruption, and increase the transparency of government procurement practices.
WTO Deputy Director-General Yi Xiaozhun welcomed the decision, noting that it will give Ukrainian suppliers access to a global procurement market estimated at $1.7 trillion annually.

“With today’s decision, with the accessions to the Agreement that are currently being negotiated, and with the other accessions that are foreseen over time, the GPA is in the process of becoming a central underpinning of the world economy,” Mr. Yi declared.

Ukraine applied for GPA accession in February 2011, less than three years after joining the WTO.  It submitted its first coverage offer in March 2014.

The GPA committee approved the accession terms for Moldova at its previous meeting on 16 September.

Government procurement accounts for 15per cent or more of gross domestic product (GDP) in developed and developing countries. The aim of the Agreement is to open up as much of government procurement as possible to international trade and competition, while ensuring appropriate transparency and a commitment to good governance.

Accession to the GPA requires, in addition to the existence of GPA-compliant national procurement legislation, the reaching of agreement on the terms of participation by each acceding WTO member. This is achieved through negotiations with the existing parties to the Agreement.

The schedule of each party setting out terms of participation contains several annexes which define the party’s commitment with respect to four dimensions of coverage:

Recently, the GPA was revised to modernize certain aspects of its rules and to expand its scope. The revised version of the Agreement came into force in April 2014.

The GPA is a plurilateral agreement within the framework of the WTO, meaning that not all WTO members are parties to the Agreement.

Other WTO members that have started the process of acceding to the GPA are Albania, Australia, China, Georgia, Jordan, the Kyrgyz Republic, Oman and Tajikistan. A further five members — the Former Yugoslav Republic of Macedonia, Mongolia, the Russian Federation, Saudi Arabia, and Seychelles — have provisions regarding accession to the Agreement in their respective protocols of accession to the WTO. 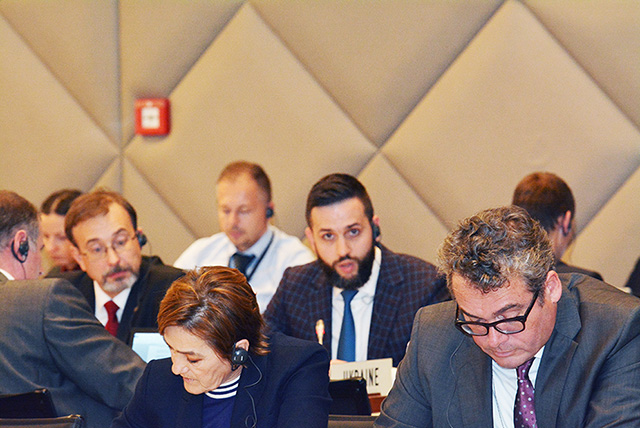