104 new trade-restrictive measures (excluding trade remedy measures) were put in place in the reporting period 16 October 2014 to 15 May 2015 — an average of around 15 new measures per month.

This monthly rate has remained relatively stable since 2012, though the overall stock of measures nevertheless continues to rise.

Of the 2,416 measures recorded since October 2008, less than 25% have been removed, leaving the stock of restrictive measures still in place at 1,828. This represents an increase of 12% compared to the last report.

This remains a cause for concern and continued vigilance is required from WTO members.

The broader international economic context supports the need for vigilance and action with regard to trade-restrictive measures. According to the WTO’s most recent forecast (14 April 2015), growth in the volume of world merchandise trade should increase from 2.8% in 2014 to 3.3% in 2015 and further to 4.0% in 2016, but remaining below historical averages.

The multilateral trading system has proven its usefulness in providing a predictable and transparent framework governing trade between nations and in helping Members resist protectionist pressures as a response to the global economic and financial crisis and thereafter.

This role in providing a stable, predictable and transparent trading environment should be kept in mind as Members prepare for the WTO’s tenth Ministerial Conference in Nairobi in December.

Trade-restrictive measures, not including trade remedies 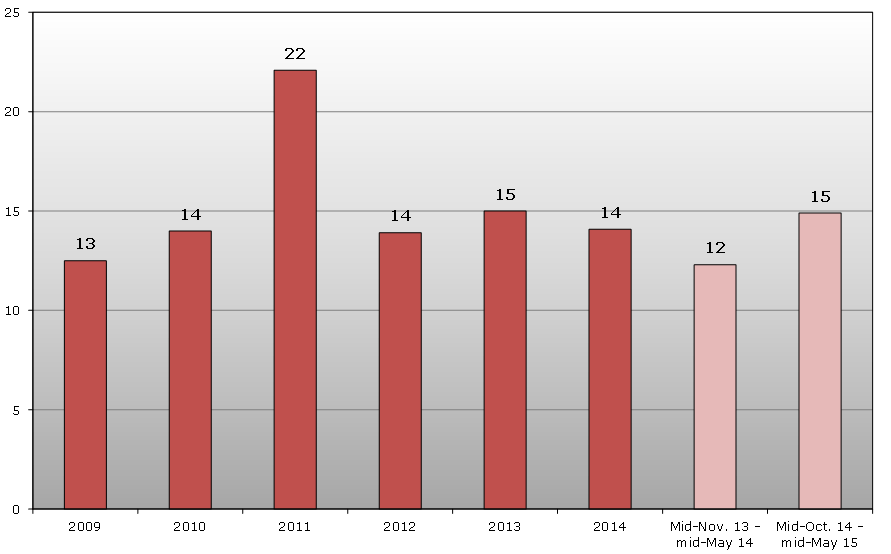 Trade-facilitating measures, not including trade remedies 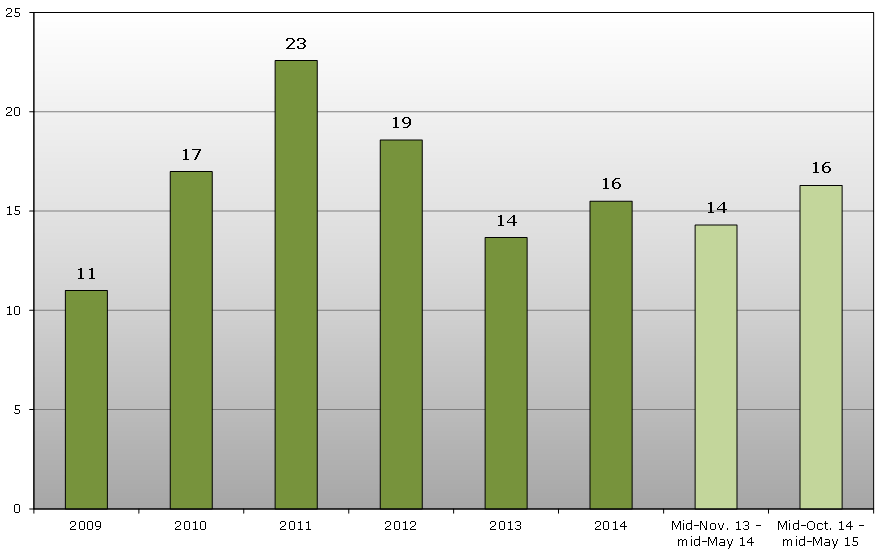 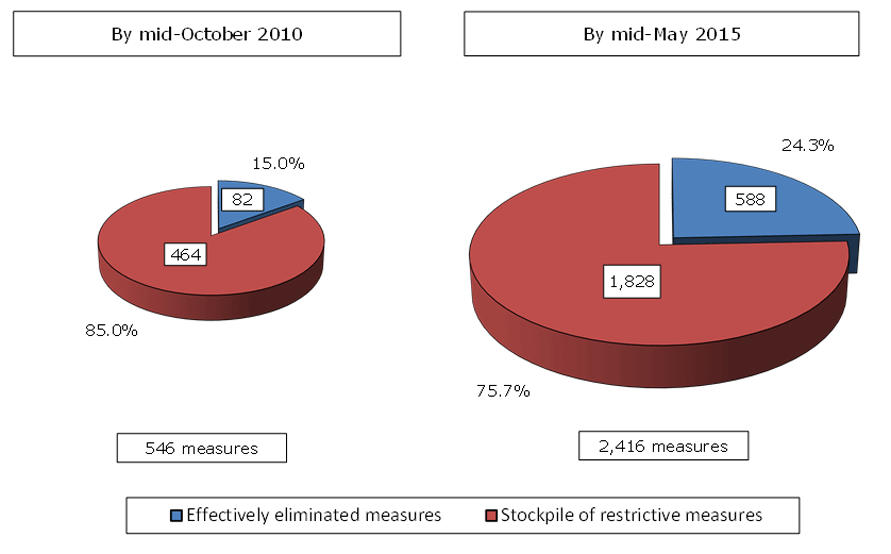 1. Totals include measures listed in Annex 3 and initiations of trade remedy actions.Back to text