A second process was launched by the DSB on 21 July 2016 to fill the vacancy left by the non-reappointment of Mr Chang. Seven candidates were considered by the Selection Committee in the second selection process; five candidates from the previous selection process were re-nominated by the respective WTO members, with two new candidates submitted.

More than 20 delegations took the floor to congratulate Ms Zhao and Mr Kim on their appointments and to express their satisfaction that the Appellate Body would soon be at its full seven-member compliment. 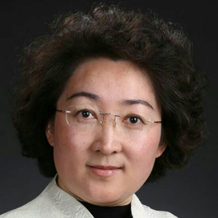 Ms Zhao received her Degrees of Bachelor, Masters and Ph. D in Law from the Law School of Peking University in China. She currently serves as Vice President of the Chinese Academy of International Trade and Economic Cooperation. Previously she served as Minister Counsellor in charge of legal affairs at China’s mission to the WTO, during which time she served as Chair of the WTO’s Committee on Trade-Related Investment Measures (TRIMs).  Ms Zhao then served as Commissioner for Trade Negotiations at the Chinese Ministry of Commerce’s Department for WTO Affairs, where she participated in a number of important negotiations on international trade, including the Trade Facilitation Agreement negotiations, and negotiations on expansion of the Information Technology Agreement.

Domestically, Ms Zhao helped formulate many important Chinese legislative acts on economic and trade areas adopted since the 1990s and has experience in China’s judiciary system, serving as Juror at the Economic Tribunal of the Second Intermediate Court of Beijing between 1999 and 2004. She has also taught and supervised law students on international economic Law, WTO law and intellectual property rights (IPR) at various universities in China. 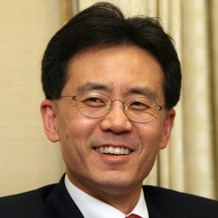 Mr Kim received his Degrees of Bachelor, Masters and Juris Doctor from Columbia University in New York. He served as Trade Minister for Korea from 2004 to 2007, during which time Korea negotiated free trade agreements with more than 40 countries, including Korea’s biggest trading partners. As minister, Mr Kim was appointed Facilitator for the services negotiations at the WTO’s December 2005 Hong Kong Ministerial Conference and helped Korea host the November 2005 Asia-Pacific Economic Cooperation (APEC) Leaders’ Summit in Busan. He served as Korea’s Ambassador to the United Nations from 2007 to 2008 and was elected Vice President of the UN Economic and Social Council in 2008, where he worked towards achievement of the Millennium Development Goals.

Between 1999 and 2003, Mr Kim was a senior lawyer in the WTO’s Appellate Body Secretariat and Legal Affairs Division, where he worked on cases related to IPR, services, TRIMs, safeguards, and subsidies/countervailing measures, among others. More recently, Mr Kim oversaw patent and anti-trust litigation with a major Korean corporation and is currently a professor at Hankuk University of Foreign Studies in Seoul, where he focuses on trade law and trade policies.