In the period under review (mid-October 2015 to mid-May 2016), G20 economies applied 145 new trade-restrictive measures, or an average of almost 21 new measures a month. In the same period, G20 economies implemented 100 measures aimed at facilitating trade, averaging just over 14 per month. Since 2009, a total of 1,583 trade restrictive measures were imposed by G20 countries, and only a quarter of these measures have been removed. These restrictions cover over 6% of all G20 imports and 5% of global imports.

“We have long been concerned about the growing stockpile of trade-restrictive measures, and our report suggests that this worrying trend is continuing. A rise in trade restrictions is the last thing the global economy needs today, with GDP growth sluggish and 2016 expected to be the fifth year in a row that trade has expanded by less than 3%.

“These trade-restrictive measures, combined with a notable rise in anti-trade rhetoric, could have a further chilling effect on trade flows, with knock-on effects for economic growth and job creation. If we are serious about addressing slow economic growth then we need to get trade moving again, not put up barriers between economies. The G20 economies have made a commitment to lead in this endeavour as the world’s largest traders. I urge them to act on this commitment.”

The main factor behind the rise in trade-restrictive measures was an increase in the number of trade remedy investigations by G20 economies. Anti-dumping actions account for the majority of restrictive measures imposed, with most of the investigations concentrated in sectors such as metals (particularly steel) and chemicals. G20 members also imposed more distortive measures in the form of government support for sectors such as infrastructure, agriculture and export-specific activities.

On a positive note, WTO members are using the forums provided by the organization to address potential trade frictions constructively and transparently, rather than through dispute settlement or resorting to unilateral measures. This underlines the importance of the WTO as a platform for addressing such concerns. 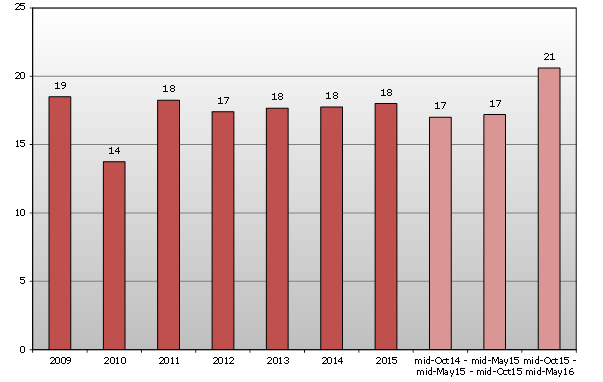 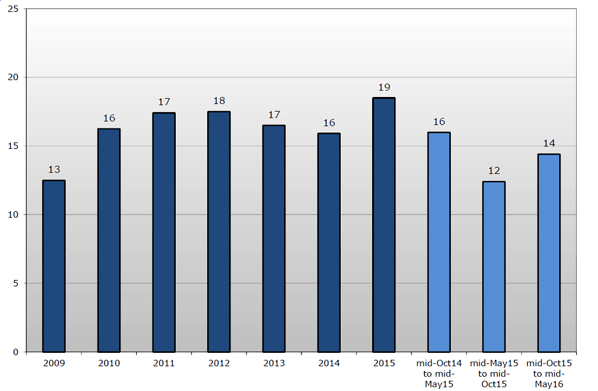 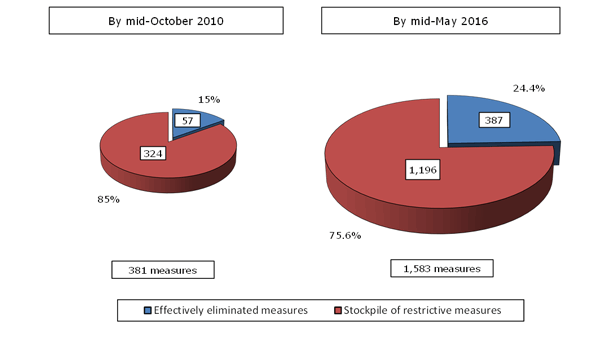