The report, which was discussed at a 25 July meeting of the WTO’s Trade Policy Review Body (TPRB), shows that 22 new trade-restrictive measures were initiated by WTO members per month during the mid-October 2015 to mid-May 2016 review period. This constitutes a significant increase compared to the previous review period, which recorded an average of 15 measures per month, and is the highest monthly average since 2011.

During the same period, WTO members adopted 19 new measures per month aimed at facilitating trade, a slight increase compared to the previous review period.  The stockpile of trade-restrictive measures in place grew by 11 per cent during the review period.

“The report shows a worrying rise in the rate of new trade-restrictive measures put in place each month — hitting the highest monthly average since 2011,” Director-General Roberto Azevêdo said. “We hope that this will not be an indication of things to come, and clearly action is needed. Out of the more than 2,800 trade-restrictive measures recorded by this exercise since October 2008, only 25 per cent have been removed.

“In the current environment, a rise in trade restrictions is the last thing the global economy needs. This increase could have a further chilling effect on trade flows, with knock-on effects for economic growth and job creation.”

The WTO will continue to monitor trade policy trends and developments in WTO members’ policies and provide a platform of inclusiveness and transparency for addressing challenges facing the global trading system today. 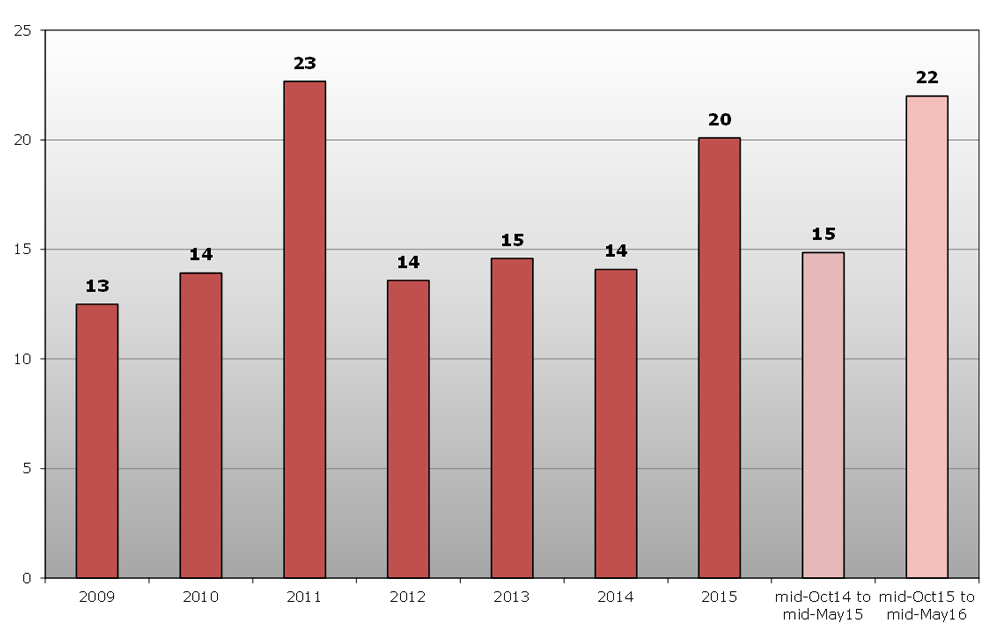 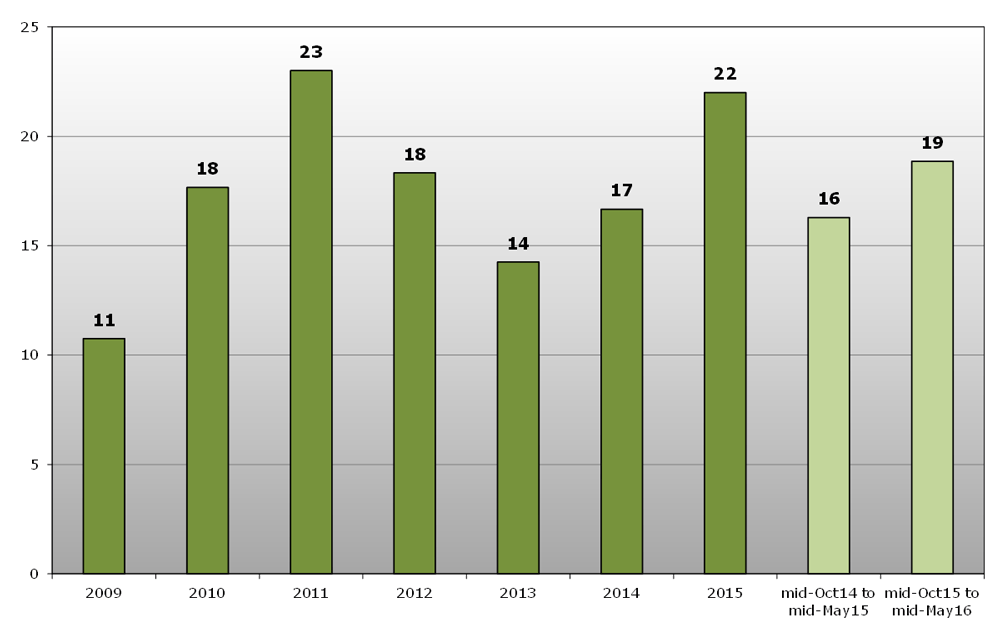 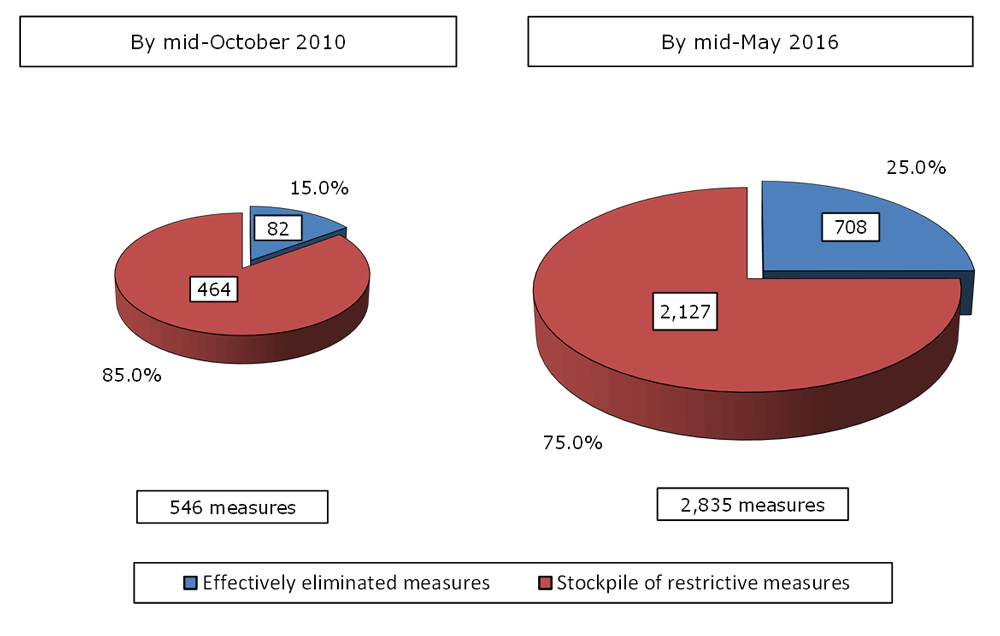