Technological progress expands economic output and increases welfare by improving productivity – allowing more output to be produced with the same resources – and by enabling further innovation and development.  Current technological progress has led to a higher relative demand for skilled workers and a lower relative demand for workers performing routine activities. Like technological change, trade impacts productivity and welfare. Opening up to trade helps to allocate resources to the most productive activities and increases a country’s welfare, but the resulting gains in efficiency also require workers to adjust.

The report finds that although trade and technology are vital sources of economic growth, certain types of workers and/or regions may sometimes be adversely affected. It also finds that, although the two are interrelated, it is technology and not trade that bears the greatest responsibility for the decreasing share of manufacturing jobs and for the declining number of middle-skill jobs relative to low- and high-skill jobs in developed economies.

Looking ahead, the prospects for increased automation suggest that technology may have an even greater impact on the future of jobs. While drawing firm conclusions about what this could mean for the labour markets is problematic, we can be sure that technological progress is likely to have an increasingly disruptive impact, rendering some skills obsolete but enhancing others and leading to the development of new skills and new jobs.

More than ever before, the ability of workers to move from lower- to higher-productivity jobs – and from declining sectors to rising ones – is the main mechanism through which trade and technological progress contribute to growth, development and rising living standards. Through a mix of adjustment, competitiveness and compensation policies, governments can help workers to manage the cost of adjusting to technological change and trade, while making sure that the economy captures as much as possible the benefits from these changes.

While today’s labour market problems are largely traceable to domestic policy shortcomings, a failure to find answers could have global ramifications. By providing a forum where governments can meet, talk and negotiate, the WTO offers an indispensable platform where governments can attain cooperative “win- win” approaches to the challenges of ongoing global economic change.

The Report can be downloaded from the WTO website and printed copies are available through the WTO Online Bookshop.

An Executive Summary of the Report is available in English, French and Spanish.

Launch of the World Trade Report

At the launch of the World Trade Report, a group of eminent panellists discussed the effects of globalization on labour markets and its implications for business strategies, governments' macroeconomic policies, the evolution of labour markets and how societies might adjust to these changes.

"Trade and technology are two of the most powerful drivers of economic progress," said Director-General Roberto Azevedo in his opening address. He underlined that while most individuals are benefitting considerably from trade and technology, it is important to acknowledge that others can lose out. "We need to ensure that the benefits of economic progress reach everybody," he said.

WTO Chief Economist Robert Koopman outlined the main findings of the Report. He stressed that while trade is important in driving a decline in poverty in many countries, economic progress also requires adjustment.

In the past decades, changes in labour market composition are largely due to technological progress, with increasing output produced by a steady amount of labour, Mr Koopman said. He noted that while the Report did not find any correlation between trade openness and unemployment or between trade openness and inequality, evidence suggests that trade supports jobs and particularly the participation of women in the workforce. He concluded that the right domestic policies tailored to the needs of each country play an important role in facilitating the necessary economic adjustment.

Anne Krueger, senior research professor of Johns Hopkins University, noted that trade "gets an unfair beating" in taking the blame for unemployment, while other reasons, such as shifts in demand, voluntary job change and poor management in a company can also result in job losses. She also underlined that trade contributes to economic growth which in turn leads to job creation.

Professor Krueger stressed the need to equip workers through education and vocational training. There is a great deal to be done in many countries to help people with job search, informing them of opportunities, supporting them in their training and further education, and even telling them what additional training they need to get their next job, she said.

Professor Dennis Snower of Kiel Institute for the World Economy observed that employment also fulfils human needs relating to the sense of empowerment and social solidarity, while noting that the increased use of robots and artificial intelligence calls for a revolution in education and training. "The skills that we already have – empathy, compassion, reading one another, shaping each other's goals by influencing each other – these are the skills we will need in the future", he said.

Noting that the transition from agricultural to industrial economies at the beginning of the 20th century resulted in great social tension, Professor Snower concluded by noting: "Now our challenge is to make this transition without the cost of world wars."

Pankaj Ghemawat of IESE Business School and Stern School of Business pointed to an exaggerated perception of globalization and a general demand for economic benefits to stay at home. These factors have significant implications for our ability to win support for trade deals, he stressed. 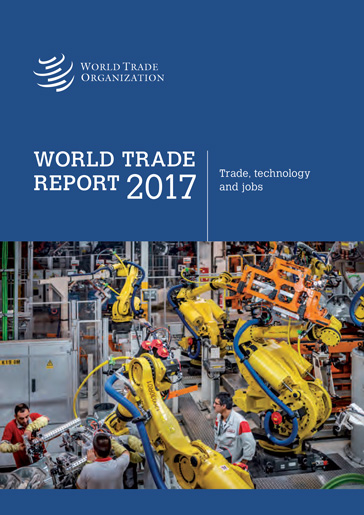 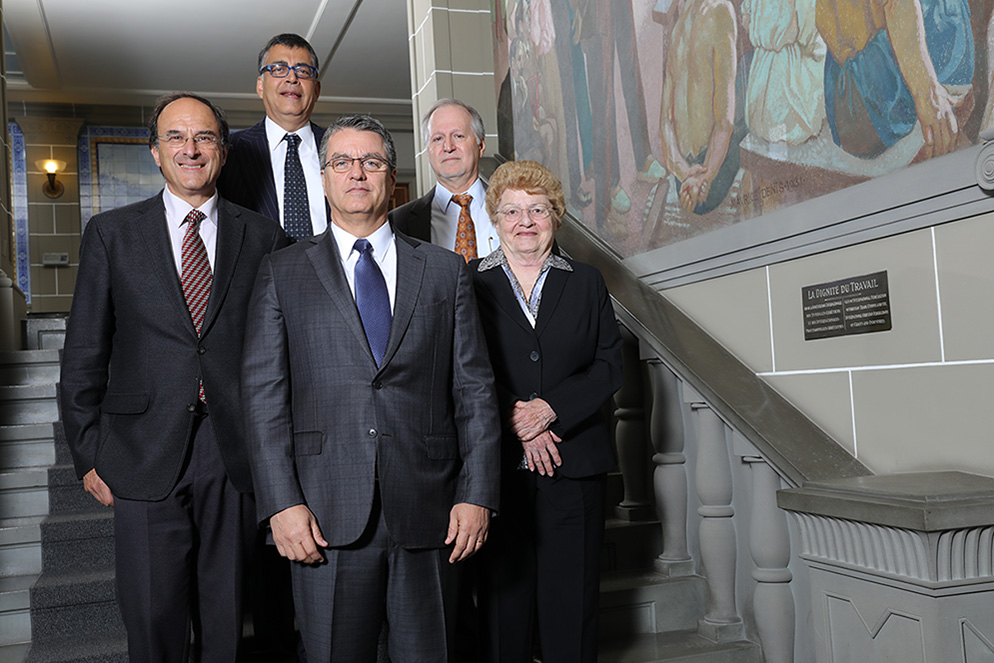