The event brought together over 60 senior business representatives to discuss the challenges they face in global trade. Participants were from small and large enterprises, from developed, developing and least-developed countries and from a variety of sectors. The meeting was the second Trade Dialogues event with the business community, and was held at the request of the International Chamber of Commerce (ICC) and the B20, the business arm of the G20, and facilitated by the WTO. The main topics of discussion - sustainable development, e-commerce, facilitating investment, and small businesses - stemmed from the trade priorities identified at the Business Forum held in December 2017 alongside the WTO's 11th Ministerial Conference (MC11) in Buenos Aires.

"I am delighted to welcome the business community to the WTO – and to see such an excellent attendance from around the world. The message of support for the trading system was striking. Businesses clearly see the value of the system – and the need to keep working to strengthen it for the years to come. The level of engagement from the private sector in the WTO keeps rising, and I think that today's event will provide real food for thought for WTO members as they take forward their work. I also heard a strong desire from business to keep this conversation going and to keep building this constructive partnership. I thank the ICC and the B20 for their initiative in organising this session."

The Director-General addressed the opening session of the event, which was followed by four break-out sessions where participants engaged in a focused dialogue in small groups on topics identified by the business community as priorities. These issues included sustainable development, e-commerce, investment facilitation, and micro, small and medium-sized enterprises. Each of the four groups took up one of these themes for discussion. During the sessions, the business representatives also heard updates on the work conducted at the WTO in these areas since MC11.

The sessions were chaired by four "discussion leaders":

A summary of the issues raised at the meeting was provided by the ICC and B20 and is available here.

“The digital economy is changing the composition, nature and speed of global trade leading to policy friction - today’s trade rules reflect 20th century patterns of trade. With the size of e-commerce, touching US$ 25 trillion, digital infrastructure is a key determinant required by SMEs in developing countries to be a part of the global value chain. There is a need to focus on bridging the digital divide in a meaningful manner to initiate the negotiations. Without addressing the problems of SMEs in a digital environment, it will further marginalize them.”

“Governments are increasingly making plans to align global trading policies with national development approaches, to accelerate progress towards the Sustainable Development Goals. It is critical that new forms of innovation and cooperation continue to be explored, amongst business, government and multilateral institutions. That is why Dialogues – such as today’s – are necessary. They can help us accelerate and ultimately achieve a global transition towards a more sustainable growth economy.”

“The global business community’s position on trade is unambiguous. Far from being a zero-sum game where some countries take advantage of others, rules-based trade has lifted incomes and created jobs around the world. Today we risk returning to a pre-WTO system where might equals right – jeopardising the future economic security of billions of people.”

“A rules-based system that ensures open trade is crucial for development. The WTO has a central role as the guardian of this system. We need to ensure that its rules and mechanisms can be updated, so it can react to the changing times. We need an ambitious and positive agenda here, which ensures that we are prepared to avoid trade frictions that can lead to economic disruptions. The B20 is ready to play its full role to that end.”

“SMEs are fundamental for economic and social development, particularly for developing economies. The dimensions discussed today at the Trade Dialogues include capacity building, capitalizing on existing tools, improving access to information on regulations, building a digital presence, which in turn will help access to trade finance, and addressing TBTs and SPS and any form of compliance rules."

The companies and organizations represented at the event were:

The first dialogue was held at the WTO in May 2016 at the request of the ICC and B20. It identified a number of pressing business issues. The ICC and B20 subsequently submitted their recommendations. 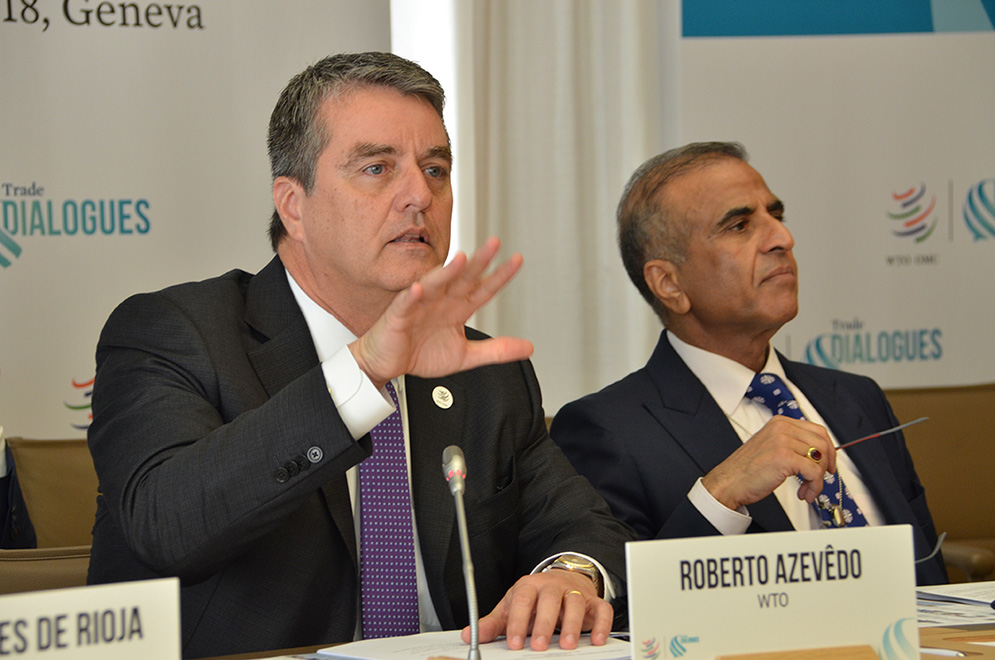