“She clearly carried the largest support by Members in the final round and she clearly enjoyed broad support from Members from all levels of development and all geographic regions and has done so throughout the process. I am therefore submitting the name of Ngozi Okonjo-Iweala as the candidate most likely to attract consensus and recommending her appointment by the General Council as the next Director-General of the WTO until 31 August 2024,” Amb. Walker said.

Amb. Walker stressed at a Heads of Delegation meeting on 28 October that this was the assessment of the “troika” of facilitators and that a formal decision had to be taken by the members at a General Council meeting, which he has scheduled for 9 November. The General Council is the WTO's pre-eminent decision making body, save for the Ministerial Conference which normally meets every two years.

But the assessment was challenged by the United States which said it would continue to support Minister Yoo and could not back the candidacy of Dr Ngozi Okonjo-Iweala.

Amb. Walker said members had expressed their views to him, Amb. Dacio Castillo (Honduras) and Amb. Harald Aspelund (Iceland) during the third and final stage of consultations from 19 to 27 October.

The General Council chair explained that since the process to replace former Director-General Roberto Azevêdo began, the ultimate objective of this measured and clearly defined selection process has been to secure a consensus decision by members. He praised the membership for their adherence to the guidelines and for their robust participation in the exercise.

“The entire membership remained fully engaged in and committed to this process. The facilitators and I are grateful for this consistently very positive response. Throughout the process it has been clear that all Members have attached the greatest importance to this appointment,” said Amb. Walker.

He paid tribute to all eight of the candidates who participated in the DG selection process and in particular to Yoo Myung-hee of the Republic of Korea who had advanced to the third round in this process.

“Ms Yoo has vast experience which she has acquired in a number of leading positions and her outstanding qualifications are highly valued by all Members.” His full statement is available here.

The General Council agreed on 31 July that there would be three stages of consultations held over a two-month period commencing on 7 September. During these confidential consultations, the field of candidates was narrowed from eight to five and then two as Amb. Walker, Amb. Castillo, chair of the Dispute Settlement Body, and Amb. Aspelund, chair of the Trade Policy Review Body, posed a single question to each delegation: “What are your preferences?”

The process for selecting a new Director-General was triggered on 14 May when former Director-General Mr Azevêdo informed WTO members he would be stepping down from his post one year before the expiry of his mandate. He subsequently left office on 31 August. Amb. Walker immediately proceeded with the procedures for the appointment of the Director-General that were agreed under the 2002 guidelines. These guidelines require the General Council Chair to begin consultations with members on DG selection as soon as possible and “may establish expedited deadlines as necessary in consultation in Members”. 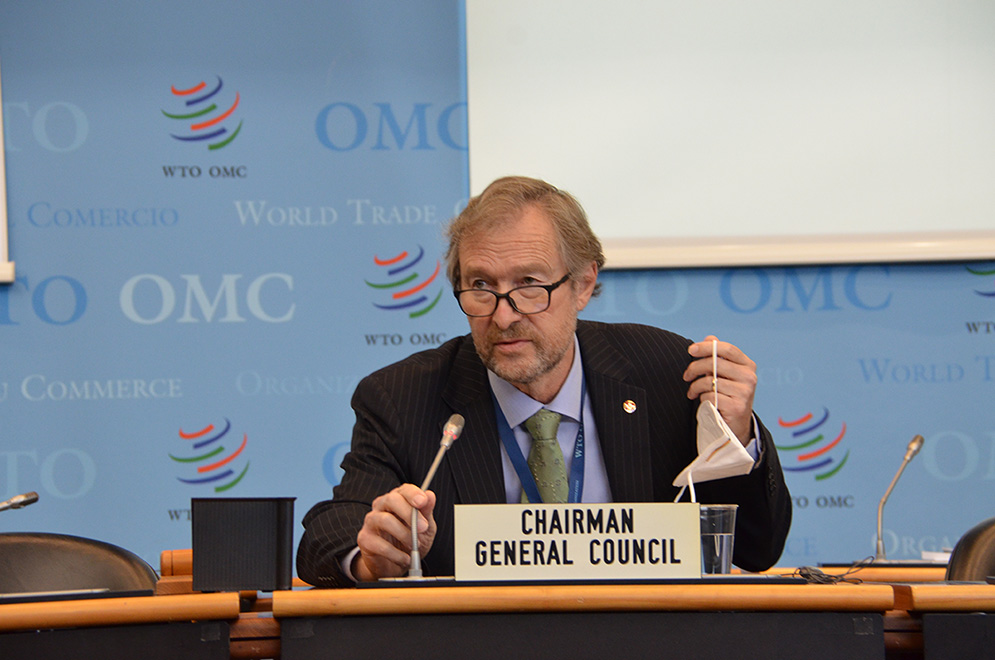