In consultations with Amb. Walker, Amb. Dacio Castillo of Honduras and Amb. Harald Aspelund of Iceland, WTO members indicated that the five candidates who should advance are Ngozi Okonjo-Iweala of Nigeria, Yoo Myung-hee of the Republic of Korea, Amina C. Mohamed of Kenya, Mohammad Maziad Al-Tuwaijri of the Kingdom of Saudi Arabia and Liam Fox of the United Kingdom.

“Throughout the six days of consultations it was clear to us that the entire membership is both committed to and fully engaged in this process,” said Amb. Walker, who expressed his gratitude to all the candidates, including those who will not advance further.

“Members consider all (the candidates) highly qualified and respected individuals. I would also like to pay tribute to the dignified manner in which they, their delegations, and their Governments have conducted themselves in this process. Their willingness to engage, especially at these challenging times, has been greatly appreciated, and the Organization is in their debt. Their expertise and high professional and personal qualities are highly valued and respected by all Members. I am sure I speak on behalf of all of you in wishing them well in their future endeavours,” he said.

During the confidential consultations Amb. Walker of New Zealand, Amb. Castillo, chair of the Dispute Settlement Body, and Amb. Aspelund, chair of the Trade Policy Review Body, posed to each delegation a single question: “What are your preferences?” Members then submitted four preferences to the “troika” of ambassadors.

Amb. Walker said the second phase of consultations will begin on 24 September and run until 6 October. During this time, members will be asked in the confidential consultations to express two preferences to the facilitators with an eye to bringing the number of candidates from five to two. Following this process, Amb. Walker will call another Heads of Delegations meeting at which the results will be announced to the WTO membership. The timetable for the third and final round of consultations will be announced at that time. Amb. Walker's full statement is available here.

The ultimate objective of this measured and clearly defined process is to secure a consensus decision by members on the next Director-General.

The General Council agreed on 31 July that there would be three stages of consultations held over a two-month period commencing 7 September. During these two months the number of candidates would be reduced from eight to five and then two before a consensus is reached on which of the candidates becomes the WTO's 7th Director-General. In trimming the roster of candidates from eight to five, WTO members have concluded the first of these consultative stages.

The process for selecting a new Director-General was triggered on 14 May when former Director-General Roberto Azevêdo informed WTO members he would be stepping down from his post one year before the expiry of his mandate. He subsequently left office on 31 August.

Amb. Walker immediately proceeded with the procedures for the appointment of the Director-General that were agreed under the 2002 guidelines. These guidelines require the General Council Chair to begin consultations with members on DG selection as soon as possible and “may establish expedited deadlines as necessary in consultation in Members”.

During the one-month nomination period from 7 June to 7 July a total of eight candidates* were put forward by their home countries. 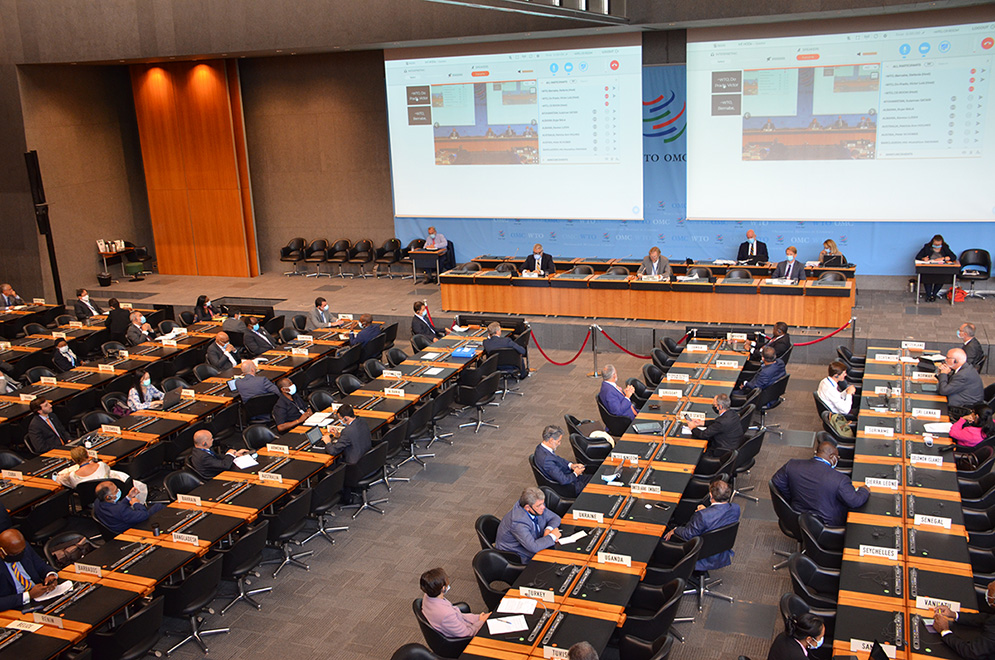