The new e-Library also provides for the first time in electronic format a large collection of historical schedules under the General Agreement on Tariffs and Trade (GATT) 1947, including documents dating back to the 1940s.

WTO schedules of concessions, often referred to as “goods schedules”, are legal instruments that describe the treatment a WTO member must provide to other members, including the so-called “bound duties” (i.e. the maximum duty levels to be applied to imports of products originating in other WTO members). Schedules form an integral part of the GATT and the WTO Agreement, and each WTO member must have one.  They are typically annexed to the Marrakesh Protocol to the GATT 1994 or to a Protocol of Accession, and constitute one of the main WTO tools to ensure transparency, security and predictability for world trade.

Goods schedules are living documents that have been amended more than 600 times since the WTO was established in 1995. The majority of these changes have been discussed and agreed by members to reflect amendments to the  Harmonized System Convention of the World Customs Organization (WCO), new concessions resulting from sectoral negotiations such as the Information Technology Agreement (ITA) and the ITA expansion, renegotiations of concessions under Article XXVIII of the GATT 1994, and other types of rectifications and modifications under the so-called “1980 Procedures”.

The new Goods Schedules e-Library complements Documents Online, as well as the existing WTO databases and reports, by significantly facilitating access to the legal instruments and providing tools to analyse the information by member and type of procedure. It also makes available specialized resources, including WTO Secretariat reports on relevant issues, decisions adopted by WTO members, procedures and even explanatory videos and other reference materials.

The e-Library is currently available in English only and can be accessed here. French and Spanish versions will be made available at a later stage. 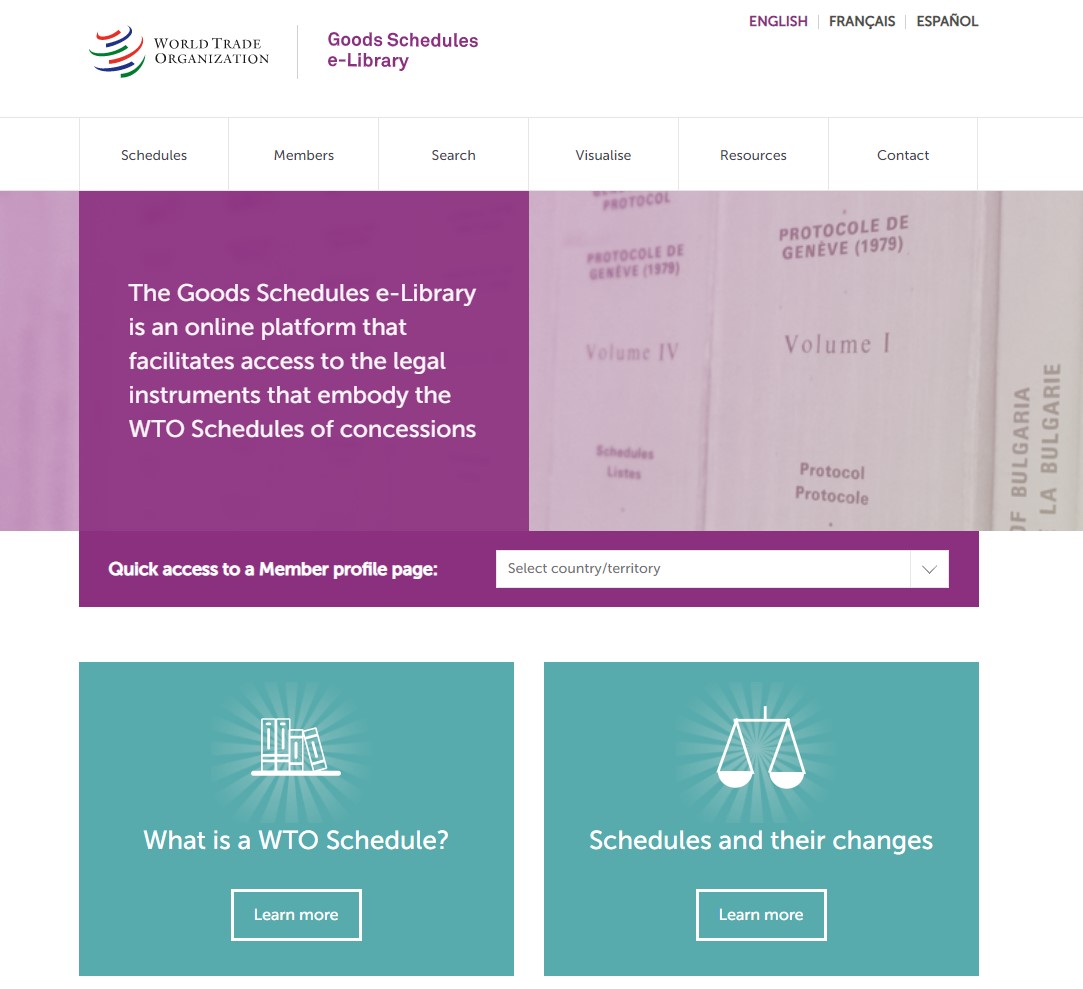 The Goods Schedules e-Library is an online platform that facilitates access to the legal instruments that embody the WTO schedules of concessions.