A cover page for each dispute provides information on the report's adoption status, the date it was issued, and any GATT or WTO disputes directly related to the dispute in question.

This is the only complete set of GATT dispute settlement reports, including some reports that have only recently been discovered.

The “GATT Dispute Settlement Reports“ is based on “GATT Disputes: 1948-1995,” a publication issued in 2018 covering the history and evolution of GATT dispute settlement decisions and procedures.  It was the first  comprehensive effort to consolidate information on all disputes during the entire GATT 1947 period.

The GATT 1947 was the predecessor to the WTO and provided the rules for much of world trade for its 47-year existence.  The agreement continues to have legal effect as part of the GATT 1994, itself a component of the WTO Agreement.

Printed copies of “GATT Dispute Settlement Reports” can be purchased from the WTO's Online Bookshop.

A searchable database of the data relating to GATT disputes will be published shortly. 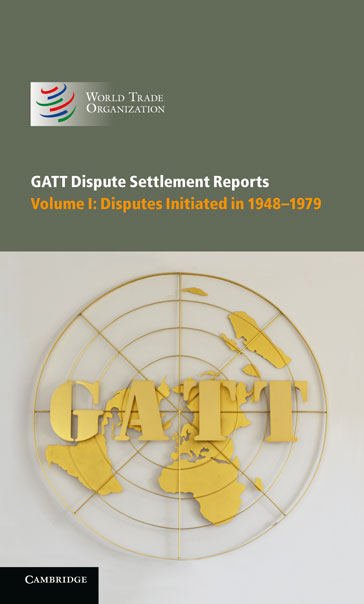