In the third quarter, the volume of merchandise trade rose 11.6% compared with the previous quarter after falling 12.7% in the second quarter (revised up from an initially estimated decline of 14.3%). Despite the rebound, the volume of trade between July and September was still 5.6% lower than in the same period last year. The third quarter statistics for trade volumes follows on from the data for trade values, which showed a partial recovery according to a previous release.

More industrialized regions saw stronger recoveries in their merchandise exports, whereas the pace of expansion was more muted in regions that export natural resources disproportionately. Double-digit export growth compared with the previous quarter was recorded in North America (20.1%), Europe (19.3%) and Asia (10.1%, from a higher base due to a smaller decline in the second quarter), while weaker growth was seen in South and Central America (3.1%) and “Other regions” (3.3%). However, in year-on-year terms, exports in the third quarter were still down in North America (‑9.0%), Europe (-5.4%), South and Central America (-3.4%) and Other regions (‑11.4%). The only exception was Asia (+0.4%), where regional exports slightly surpassed their level in the same period a year ago. 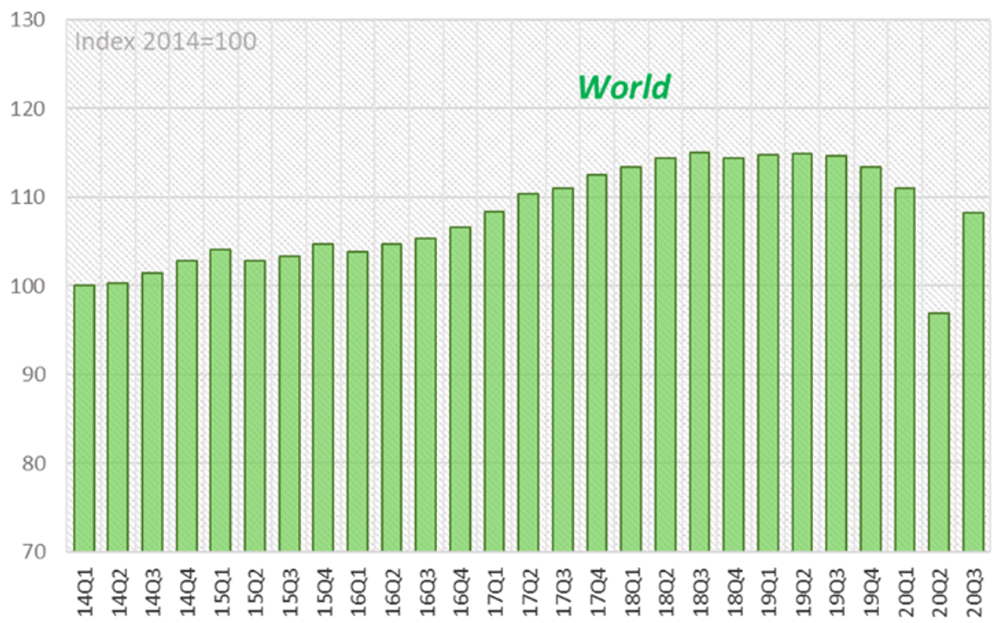 The pick-up in merchandise trade volume growth in the third quarter coincided with the relaxation of lockdown measures in Europe and North America as their health situations improved in the summer months. Recovery was also supported by extensive fiscal and monetary policy interventions in major economies, as well as by adaptation in key sectors (notably online retail businesses and service providers in the United States and Europe) as businesses and households embraced technological solutions to facilitate working and shopping from home. In contrast, trade remained weak in South and Central America and Other regions due to surges of COVID-19 and a lack of fiscal and monetary policy capacity.

The volume of world merchandise trade for the first three quarters of 2020 is currently down 8.2% compared with the same period last year. This drop is smaller than the projected decline of 9.2% for  the whole of 2020 in the WTO's most recent trade forecast , but growth for the whole year largely depends on whether the recent resurgence of COVID‑19 takes a toll on trade in the fourth quarter. According to data from the European Centre for Disease Prevention and Control (ECDC), cases of COVID-19 have spiked worldwide since September, particularly in Europe which represents more than 35% of world merchandise trade.  Preliminary merchandise trade values also indicate slower trade growth in October compared to September. Quarterly merchandise trade volume indices for the fourth quarter will be released in spring 2021, together with WTO annual trade statistics and forecasts. 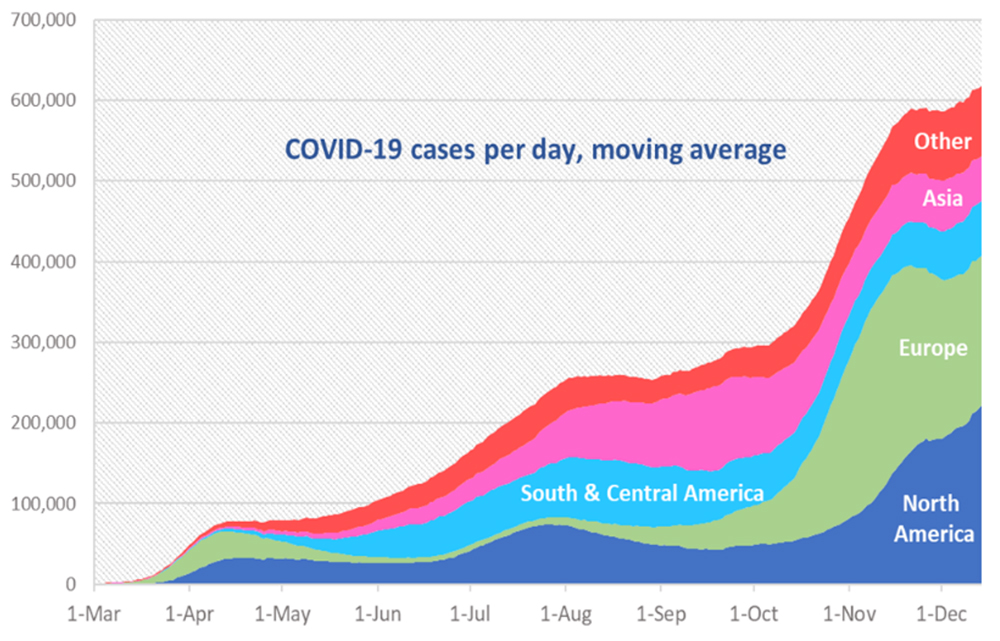