The meeting was called by General Council Chair Ambassador Dacio Castillo (Honduras) to initiate a process of consultations on the nature of the prospective outcome document for the Twelfth Ministerial Conference (MC12), which will take place in Geneva the week of 29 November.

He described the options in front of members, based on the documents that emerged from earlier Ministerial Conferences: a consensus Ministerial Declaration, a summary issued under the conference chair's own responsibility, and a “hybrid” document containing elements of the two.

Members “may wish to start thinking about what type of outcome document we might realistically envisage for MC12, including its structure and elements,” the General Council Chair added, announcing he would begin consultations on these issues with interested delegations. He cautioned that this process should not divert attention from ongoing substantive negotiations.

With only seven working months until MC12, DG Okonjo-Iweala called on members to “create a recipe for success upfront,” starting with “two or three or four concrete deliverables” in areas such as fisheries and agreeing on work programmes for other items where differences remain.

She noted that MC12 would come at the end of a series of international policy discussions aimed at “examining the lessons from this pandemic and trying to put the framework for tackling the next.” If trade ministers emerge at the end of the year  “with no agreement, no contributions to the meaningful issues that are being faced by the world today, nothing to add in terms of a framework for tackling the next pandemic, it will not look good.”

“My wish is for all the Ambassadors, Ministers and Leaders on trade to come out of MC12 looking good. Looking good means being seen by the world as having delivered for today's problems," she said.

DG Okonjo-Iweala also said that she plans to convene an event in mid-April to discuss ramping up COVID-19 vaccine production and how the WTO can contribute to a more rapid and equitable distribution of vaccines.

The event, to be held under Chatham House rules, will include all regional member groups, representatives from vaccine manufacturers from developing and developed countries, civil society groups working on access to medicine, and other relevant stakeholders.

“The idea is to move us along on our quest to solve this unacceptable inequitable access of poor countries to vaccines,” she said. “At the bottom of this is a very serious scarcity in supply. And how to solve it is to look at how we expand manufacturing in all its ways.”

She stressed that the event would help advance global discussions on access to vaccines. She expressed hope both for increased vaccine manufacturing in the short- to medium-term, and a longer-term framework agreement that would provide for automatic access to vaccines and other medical products for developing countries in future health crises, including a way forward on the TRIPS waiver proposal many of them support.

“We also need to look to the future and agree a framework where countries do not need to stand in the queue in order to get access to life-saving vaccines, therapeutics, and diagnostics,” she said, emphasizing that this can be done while still incentivizing research and development. 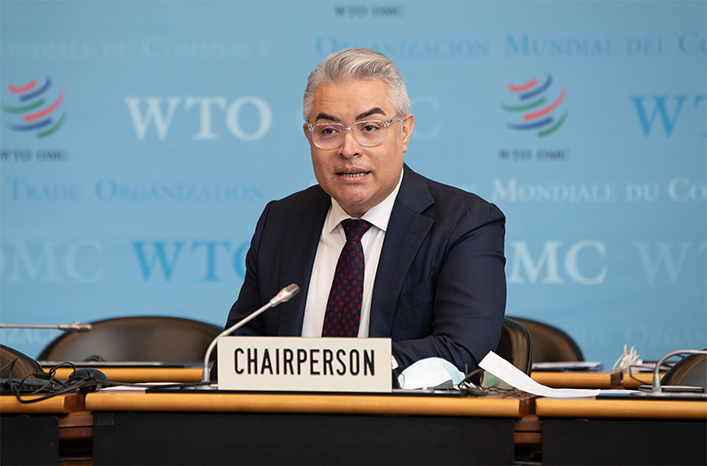