The co-sponsors of the three initiatives — the Trade and Environmental Sustainability Structured Discussions (TESSD), the Informal Dialogue on Plastics Pollution and Sustainable Plastics Trade (IDP), and Fossil Fuel Subsidy Reform (FFSR) — said they would move forward and examine how trade and trade rules can play a positive role in addressing each of their concerns, and how these issues could be addressed effectively within the framework of the WTO.

With the number of co-sponsors continuing to rise, close to half of WTO members are now taking part in one or more of the initiatives. These co-sponsors reflect the diversity of the organization's membership, from small island economies to large developed and developing countries.

DG Okonjo-Iweala described the meeting of the co-sponsors as “truly a historic moment for the WTO.”

“Problems of the global commons represent some of the biggest threats to the future prosperity and security of people around the world,” she noted. “Today, you are demonstrating that you want the WTO to play a positive role in addressing these problems.”

“Trade, and the WTO, are part of the solution to climate change and environmental degradation,” she added. Her full remarks are available here.

“Global trade rules must be shaped to help provide a global response,” he said.  “This is why these joint statements on climate and environmental issues matter. They each represent an important milestone. They are inclusive, representing all regions of the globe and all levels of economic development. They take stakeholders views into account.”

Costa Rica's Minister for Foreign Trade Andrés Valenciano, whose country co-ordinates the TESSD talks along with Canada, described the launch of the three ministerial statements on the environment as “a significant milestone for the multilateral trading system.”

With regards to the trade and environmental sustainability talks, “we have over 80% of the world’s trade represented in TESSD and this is no small thing,” he added.  "Our planet has raised its voice — there's no time to spare."

Dan Tehan, Australia's Minister for Trade,Tourism and Investment, also underlined the importance of the joint event. Australia is co-coordinating the IDP talks along with China, Ecuador, Barbados, Fiji and Morocco.

“Members have come together to launch efforts to address issues vital to our future”, he said.  “Today, we jointly recognise that trade has an important role to play in environmental sustainability — and we demonstrate our readiness to take action.”

“To address global challenges, we must take global responses,” added Julio Jose Prado, Ecuador's Minister for Production, Foreign Trade, Investment and Fisheries. “A problem of this magnitude requires a collective and coordinated response.  And recognising this problem affects us all — we must encourage the participation of all members and also multiple stakeholders.”

Speaking on behalf of the co-sponsors for the FFSR discussions, New Zealand's Minister for Trade and Export Growth, Damien O’Connor, said: “Together we will demonstrate that trade policy can make a difference.”

“Through our efforts, we will support progress towards a cleaner future that contributes to the Marrakesh Agreement objective of sustainable development, seeking to protect and preserve the environment we all live in,” he declared.

The discussions under the initiatives are taking place separately, with different configurations of members in each of the initiatives pursuing different goals.  However, all three initiatives have the common aim to support the Sustainable Development Goals and their discussions are open to participation from all WTO members.  Underlining the open nature of the discussions, representatives from civil society groups, business and other international organizations have been invited to take part in the exchanges.

Many of the co-sponsors also share a commitment to align their efforts with international environmental initiatives, with the aim of ensuring that trade can be part of the solution to addressing major challenges such as climate change, plastics pollution and building a sustainable global economy while ensuring that the needs and challenges of developed and least developed countries are fully taken into account.

Environmental considerations are part of the WTO's mandate. The preamble to the Marrakesh Agreement Establishing the WTO states the goal of “expanding the production of and trade in goods and services, while allowing for the optimal use of the world’s resources in accordance with the objective of sustainable development, seeking both to protect and preserve the environment and to enhance the means for doing so in a manner consistent with their respective needs and concerns at different levels of economic development”.

A Committee on Trade and the Environment (CTE) was established at the start of the WTO in 1995 with a mandate to identify and understand the relationship between trade and the environment in order to promote sustainable development. The CTE plays an important role in examining the nexus between trade and environment and serving as a forum for discussion and experience sharing among all WTO members.

Seventy-one WTO members are currently participating in the TESSD discussions, which were launched in November 2020 with the aim of complementing the existing work of the WTO's Committee on Trade and Environment and other relevant WTO committees and bodies. The initiative seeks to promote transparency and information sharing, identifying areas for future work within the WTO. It also seeks to support technical assistance and capacity building needs, particularly for least-developed countries, and to work on deliverables for environmental sustainability in the various areas of the WTO.

A Ministerial Statement on Trade and Environmental Sustainability issued by the TESSD proponents in December 2021 sets out future work for the initiative in areas such as trade and climate change, trade in environmental goods and services, circular economy, and sustainable supply chains. It also fixes a road map for advancing discussions in 2022.

“The co-sponsors here today believe that sustainable development and protecting the environment are fundamental goals of the WTO,” said Arif Virani, Parliamentary Secretary to Canada's Minister of International Trade, Export Promotion, Small Business and Economic Development. “We believe sustainability to be a central issue for the WTO agenda.”

A Ministerial Statement from the group issued in December 2021 sets out a roadmap for work in support of global efforts to reduce plastics pollution and transition towards environmentally sustainable plastics trade, listing actions such as sharing experience on data collection regarding trade flows and supply chains, strengthening regulatory cooperation with other international bodies, identifying environmentally sustainable trade policies and mechanisms, and strengthening technical assistance for vulnerable economies.

Vice Minister and Deputy China International Trade Representative Wang Shouwen said the WTO was the proper forum for such discussions.

“We expect the WTO to play its unique role in helping members to come up with more coordinated, consistent and effective trade measures and foster bonds between trade, the environment and development, for addressing today’s environmental challenges, and for a sustainable future of the world,” he said.

Forty-five WTO members have signed on to a Fossil Fuel Subsidies Ministerial Statement issued in December 2021.  This statement cites inefficient fossil fuel subsidies as encouraging wasteful consumption and disadvantaging renewable energy. It notes that such subsidies have continued to steadily increase in the past decade and were estimated at approximately USD 500 billion in 2019.

Proponents also call for the rationalization and phase-out of inefficient fossil fuel subsidies that encourage wasteful consumption along a clear timeline. In addition, they encourage remaining WTO members to join in those efforts while recognizing that reform needs to take fully into account the specific needs and conditions of developing countries and minimize the possible adverse impacts on their development.

WTO Deputy Director-General Jean-Marie Paugam expressed his hopes that the undertakings draw on the contributions of stakeholders, lead to creative and pragmatic results, and draw on the diversity of the WTO membership.

“By joining hands across these three environmental endeavours, developing and developed countries can develop new and constructive trade solutions that can work for all and bridge any geopolitical divide or lack of trust,” he said. The three initiatives “have the great potential of being a full-sized laboratory for some aspects of the WTO of the future.” His full remarks are available here. 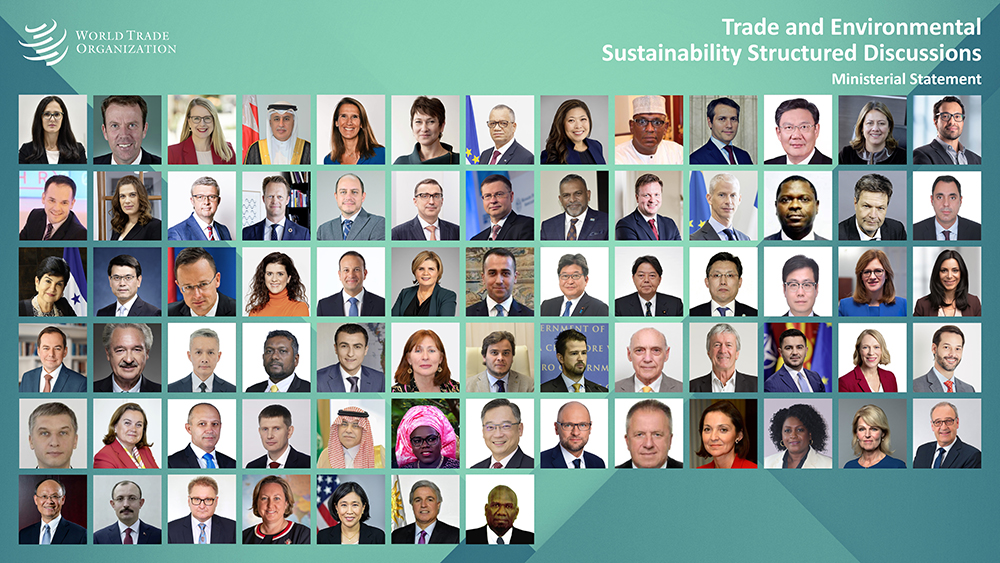 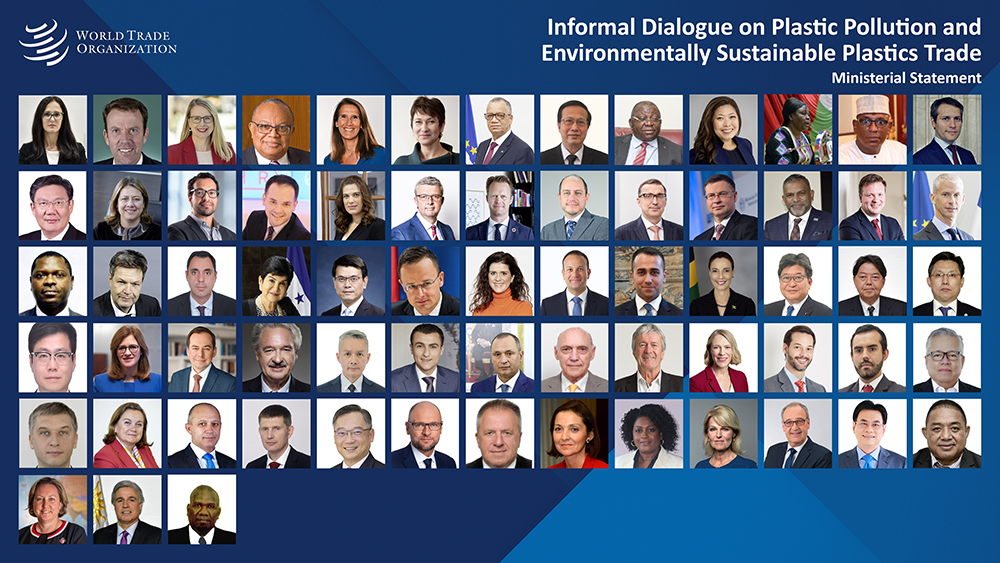 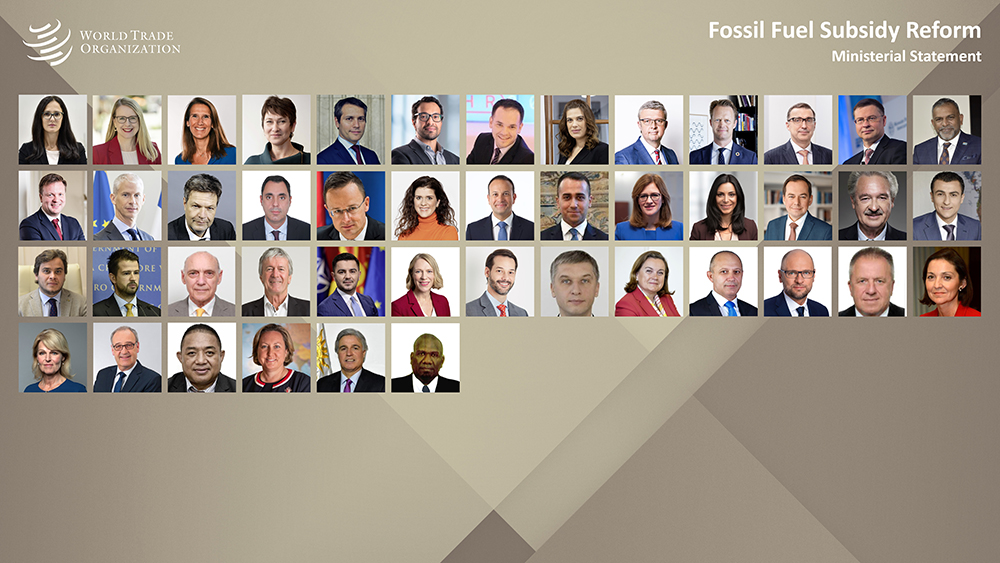 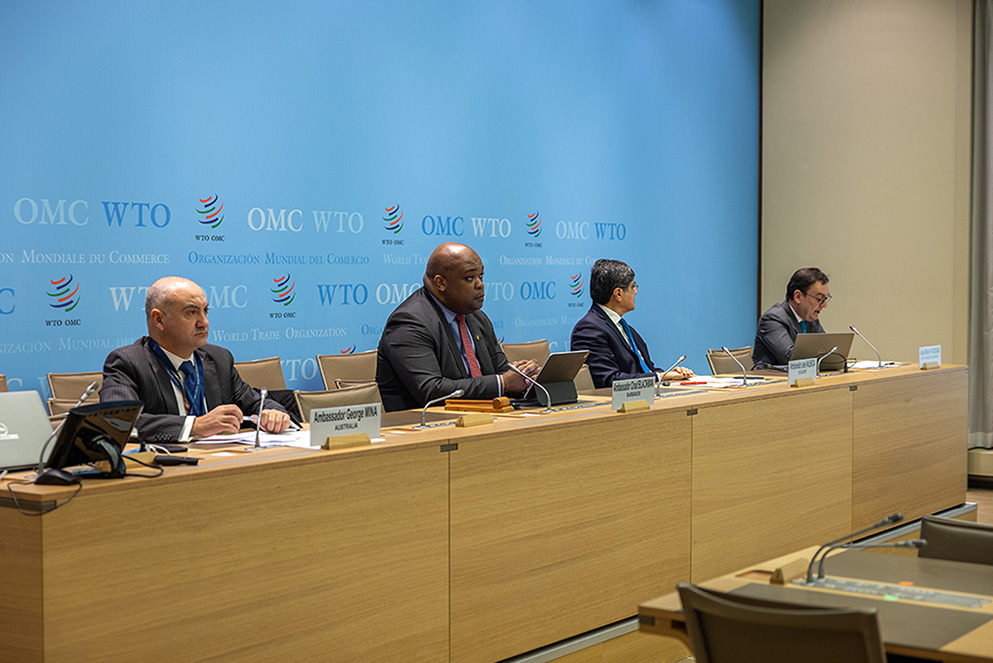