“I think we are moving but we are far from doing the job. It has taken a long time and we still have large gaps. However, in spite of the difficulties before us, I do feel that we have the best chance to make a difference now. It really is within reach,” Director-General Okonjo-Iweala said at the hours long stocktaking meeting held after members undertook marathon discussions since 11 May when the draft chair's text was circulated. “We are now looking at the text holistically to see what we can make possible before July 15,” she said referring to next month's meeting of ministers.

The Director-General noted that Group of 7 (G7) leaders highlighted over the weekend the importance of a meaningful conclusion to the fisheries subsidies negotiations, and that ministers from the Asia-Pacific Economic Cooperation, and from the Caribbean Community have also pledged their support for the discussions.

“I desire more than ever to see us move forward so we don't miss out on the support we've heard from our leaders,” she said. “There are many delegations that have observed that we still have some of the extreme positions that we had before but we also have many who are willing to negotiate and come closer to each other. I am encouraged to hear positions clearly stated and to hear willingness to give it a go. Let's build on that willingness,” she said.

Ambassador Wills likewise thanked members for their engagement so far and sought their flexibility and readiness to compromise in the next few weeks. Meetings for the rest of this week will focus on the transparency and notification provisions, possible institutional arrangements and on new proposals from members. A meeting of the Trade Negotiations Committee, chaired by the Director-General, will be held on 25 June for members to discuss how the July ministerial meeting will be run.

“We need to keep going on the remaining issues and touch base again at the end of June. Depending on our progress, it will be easier to understand the scope and ambition for revisions to the text which members have requested,” the chair said. “Your flexibility and constructive engagement are what will get us where we need to be in July,” he said.

Under the mandate from the WTO's 11th Ministerial Conference held in Buenos Aires in 2017 and the UN Sustainable Development Goal Target 14.6, negotiators have been given the task of securing agreement on disciplines to eliminate subsidies for illegal, unreported and unregulated fishing and to prohibit certain forms of fisheries subsidies that contribute to overcapacity and overfishing, with special and differential treatment being an integral part of discussions. 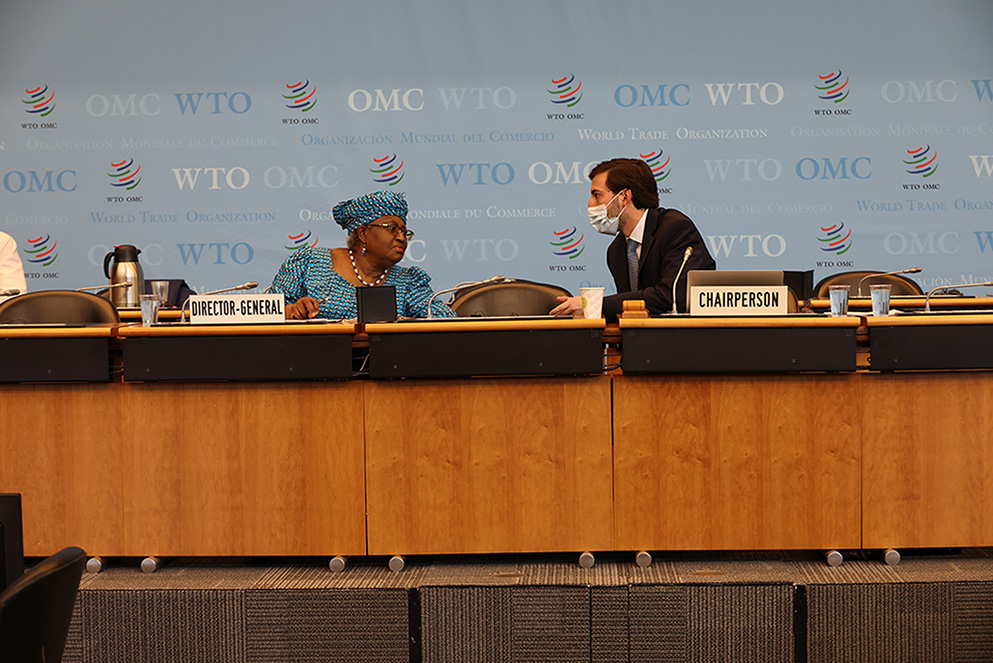